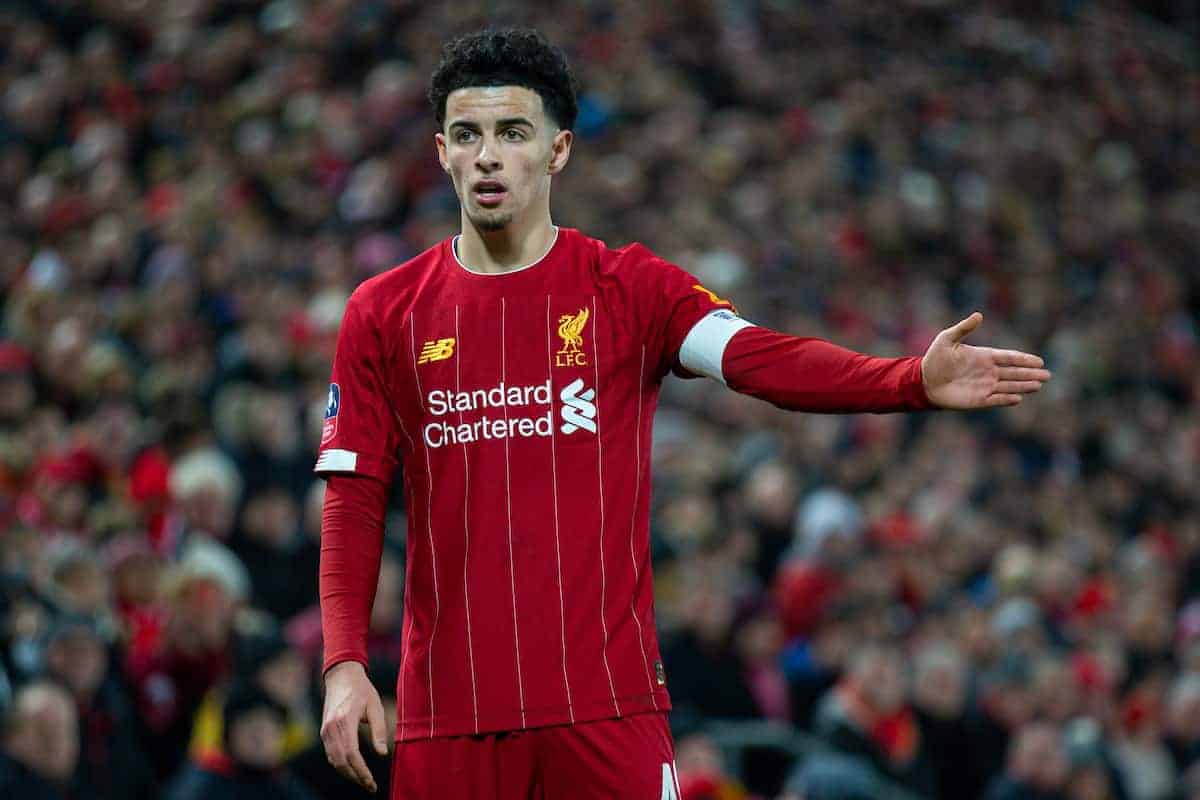 Jurgen Klopp is not planning to loan Curtis Jones out next season, with the Liverpool midfielder “ready” for a regular first-team role as others prepare to leave.

Jones made his senior debut for the Reds midway through 2018/19, and has gone on to tally eight appearances so far this term, including a first Premier League outing at Bournemouth in December.

The 19-year-old became Liverpool’s youngest-ever captain when he led his boyhood club out for the 1-0 win over Shrewsbury in the FA Cup in February, having scored a stunning winner against Everton in the previous round.

In total, he has been in the matchday squad on 18 occasions this season, which is more than fellow youngsters Neco Williams (14), Harvey Elliott (12) and Ki-Jana Hoever (eight).

This is along with his duties as under-23s captain, and Jones has scored 17 and assisted 10 in 20 games at academy level so far in 2019/20, with no player directly contributing to more goals.

It has been a breakthrough season for the Toxteth-born midfielder, and it has led to speculation over a possible loan move in the next transfer window.

But according to the Times‘ Paul Joyce, Jones will stay with Liverpool for 2020/21, with the teenager in line for a more prominent role in the first team.

Joyce claims Jones has “earned the trust of Klopp” who “believes the homegrown teenager can continue to contribute,” citing the departure of Adam Lallana as a possible deciding factor.

Xherdan Shaqiri is also likely to leave, which combined with Lallana’s exit would free up places both in midfield and out wide—two roles Jones has excelled in.

It would be hugely satisfying to see Jones follow Trent Alexander-Arnold into the first-team squad as a regular starter, with two Scousers in the team an attractive prospect.

Given both have leadership qualities and a strong affiliation with the club and city, parallels will no doubt be drawn with Steven Gerrard and Jamie Carragher, who served Liverpool with great distinction as players.

Of course it would be premature to do so, as Jones’ career is in its infancy, but the decision to keep him on Merseyside next year is a positive sign.