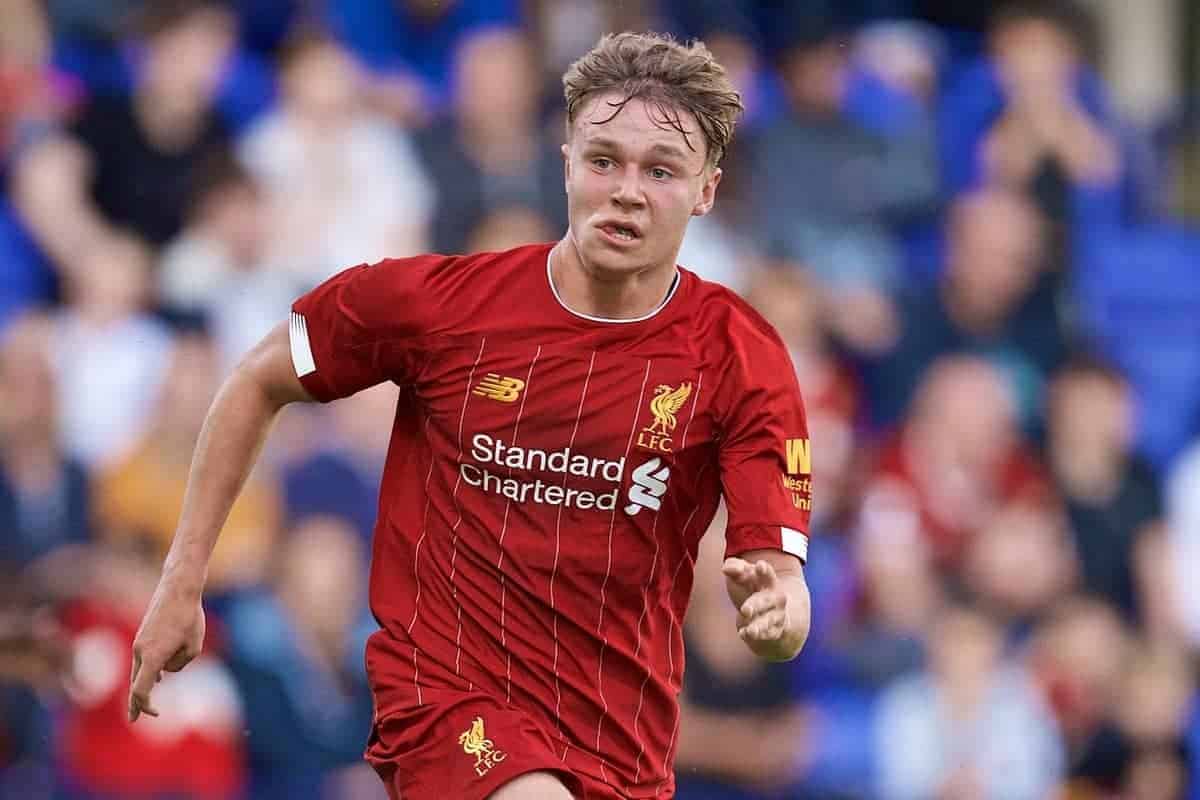 Paul Glatzel is one of those who could benefit from the suspension of the campaign as the Liverpool youngster nears a return from a season-long ACL injury.

The 19-year-old has been sidelined since the first friendly of pre-season, having damaged his ACL in the 6-0 win over Tranmere Rovers, five minutes after his role in Bobby Duncan’s goal.

It has been a frustrating season for the striker, who scored 29 goals in 34 games for the academy in 2018/19, but one offered a glimmer of optimism as he was called up to the first-team setup on a full-time basis.

He has been undergoing his rehabilitation at Melwood, rather than Kirkby, but for now is restricted to his home as with the rest of the UK.

Speaking to LiverpoolFC.com via video link, Glatzel revealed that he is “basically at the end of his rehab” and that by now he was “meant to be back training,” which is certainly a positive sign for when the campaign eventually resumes.

“I should have been back around now but obviously with what is going on it’s not possible at the moment,” he explained.

“So I’m just making sure I do my fitness stuff I’ve been sent from the club and just waiting for all this to take its course and then be back on the pitch when we’re allowed.”

Rather than join the first team for their training sessions on Zoom, Glatzel is spending this period as part of the under-23s group, with the squad all connecting at 9.30am every day.

The work he is able to do at home is no doubt restricted, but the extended time off could benefit the youngster as he eyes a return to the field before the season’s delayed end.

“I’d hope to be able to get a few training sessions in pretty soon when we come back,” he added.

“I’ll probably have to do a little bit more rehab and then hopefully get back into training. Then wait and see what happens.

“Hopefully I can get a few minutes but I’ll just have to see what happens and focus on getting back to full fitness.”

It is a silver lining for some players in a difficult time, with the likes of Alisson and Xherdan Shaqiri also able to work on their recovery while in isolation. 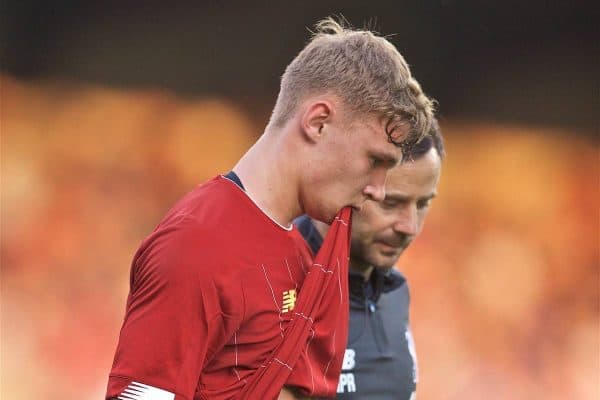 Glatzel’s initial target was a comeback in time for next pre-season, which could still be more realistic after a “tough” time out that has seen him look to Alex Oxlade-Chamberlain for inspiration.

“The injury I’ve had has been a long injury, I’ve not kicked a ball since the start of pre-season,” he said.

“It has been a tough one to take because I was doing quite well before that. I’ve just got to make sure I get my sessions in and be patient because time is a healer in this sense.

“I just need to wait for my injury to be sorted and to heal properly so that when I come back the risk of me getting injured again is much, much lower and I can just focus on my football again.”

The key for Glatzel is that when he is fit again he should be part of Klopp’s senior squad preparing for 2020/21, and a long time on the sidelines can at least steel him for a renewed effort to break through.

But for now, with both of his parents working for the NHS, he has joined the calls to stress: “You just need to be prepared to stay at home for as long as it takes, to make sure fewer people are affected.”