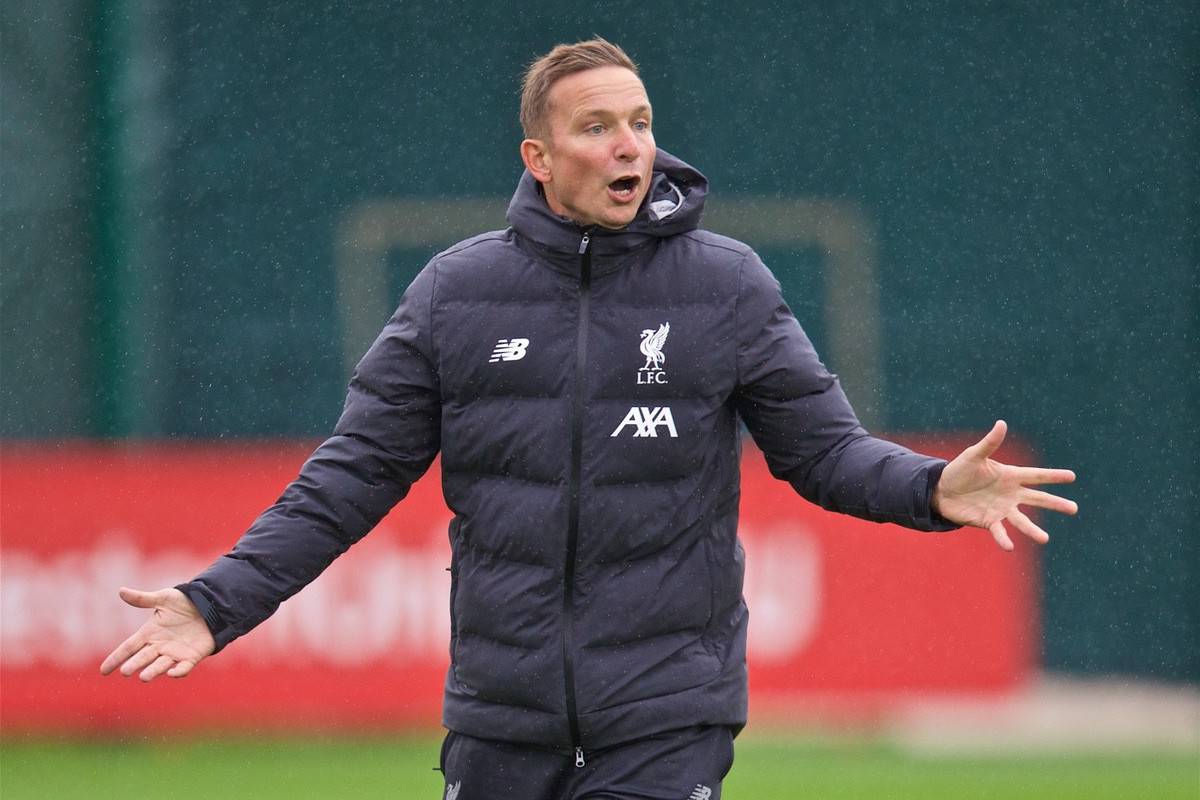 Pepijn Lijnders has revealed the key to Liverpool’s sustained success, and avoiding complacency, is a “beat them in the week” mantra which emphasises training as key.

The Dutchman was been increasingly important to the Reds’ progress as he has taken up duties as Jurgen Klopp‘s assistant manager, having initially served as academy liaison.

In his role as elite development coach, Lijnders would provide a direct link between Kirkby and Melwood, allowing the likes of Trent Alexander-Arnold and Rhian Brewster a clearer pathway.

But now he is regularly seen holding first-team training at Melwood, with his tactical input and vocal backing well-respected by Klopp, who prompted his return to the club in 2019 after a brief spell at NEC Nijmegen.

Speaking to the club’s official website, Lijnders detailed his ethos as the backroom staff aim to maintain a “culture of victory” as a target appears on the back of the champions-elect.

“We will—and we have to—make the next step, never forgetting why we came in this position,” he explained.

“Other teams will improve and are improving. The way to keep beating them is training with more passion and ambition than they are doing, each single day, each minute of each session.

“Beat them in the week, not at the weekend.

“In modern football, it doesn’t happen much anymore that you can keep a group of super pros together, especially after a successful period. 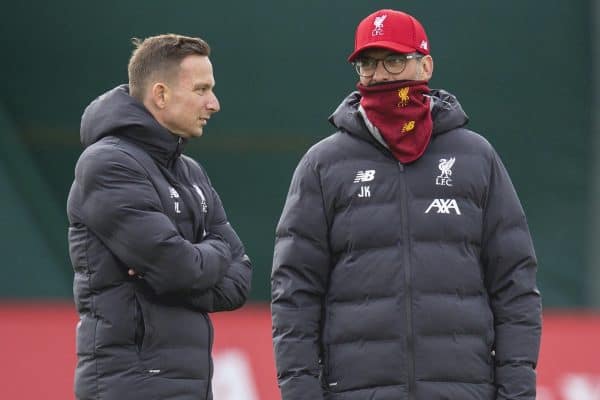 There is a common belief among fans and journalists that Lijnders could eventually succeed Klopp as manager of the club, such is the regard he is held in.

At 37, he has a long career ahead of him, but his tactical insight and vision highlights a coach in sync with the demands of not only the current manager, but the club as a whole.

One of his most eye-catching assertions is that “our identity is intensity,” which he told reporters prior to the League Cup win over Arsenal in October, and he has now elaborated on this further.

“We used it on the flipchart in one of our pre-season meetings. I still remember James [Milner] nodding when Jurgen showed and mentioned it,” he revealed.

“I believe in it: it’s our idea, a vision, a future, it’s our guide, it comes back in each exercise.

“Everyone thinks intensity is running harder and more, but for me it is the intensity of concentration.

“A high level of demand of pressing and counter-pressing, a team that is playing always with a maximum concentration. Always!”

There is an obvious focus on training as central to Liverpool’s success, but the stress on mentality as equally important could be the key to its longevity—with Klopp and Lijnders positioned at the helm.