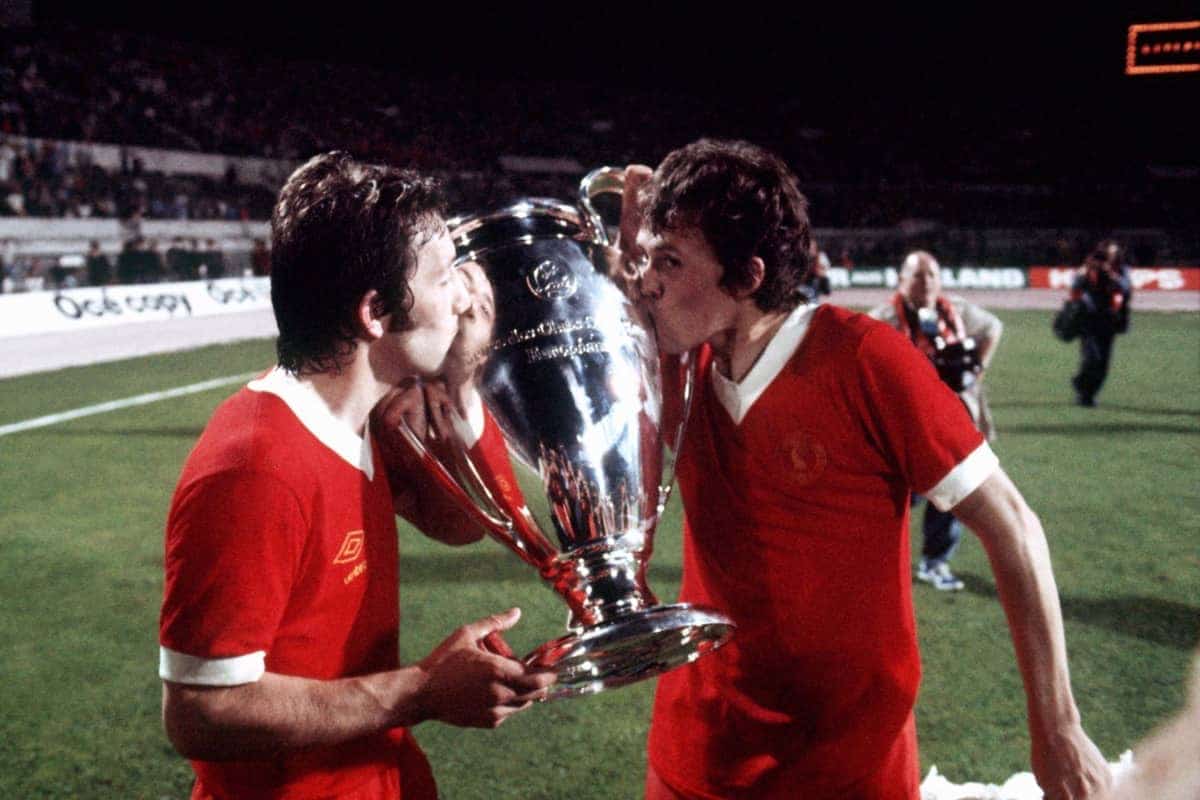 Liverpool’s illustrious pedigree on the grandest stage in Europe all started on a glorious night in Rome in 1977.

Olympic Stadium, Rome; May 25, 1977. Liverpool’s date with the European Cup was set, with West Germany’s Borussia Monchengladbach the opposition.

Liverpool’s European journey started in 1964, with Bill Shankly leading the revolution, and merely 13 years later the Reds had reached the pinnacle, with the baton having been passed to Bob Paisley.

The Reds had already clinched the club’s 10th league title in the preceding weeks but had fallen to a narrow defeat to Man United in the FA Cup final merely four days prior.

Focus and the objective remained clear, however, as the Reds were gearing up for their first taste of a European Cup final against the West German champions.

The route to the last two saw Liverpool win six of their eight games over four ties, overcoming Crusaders, Trabzonspor, Saint-Etienne, which marked one of Anfield’s greatest-ever nights, and FC Zurich.

A sea of red descended on Rome, with a report in the Express stating, “the roads to the Olympic Stadium were packed with little green buses filled to the roof with white arms and red and white scarves.”

Banners accompanied them as they always have and always will where Liverpool are concerned, with ‘Joey Munches Gladbachs’ proudly on display in honour of Joey, the Jones boy from Wrexham.

Tens of thousands of Reds congregated in stifling hot temperatures in the Olympic Stadium, where they would be treated to “one of the most distinguished performances of [Liverpool’s] long history,” as the Daily Telegraph assessed at the time.

The Reds would dominate the first half, taking the game to Borussia and providing little time for them to relax on the ball, an approach which was the catalyst for the opener.

Ian Callaghan, playing an English record 83rd game in Europe, would steal possession and feed Terry McDermott, who precisely placed the ball in the back of the net with 27 minutes gone.

Horace Yates, from the Liverpool Daily Post, observed Borussia as “jumpy as kangaroos as Liverpool’s ascendancy tightened,” with Liverpool’s display “as red-blooded and efficient as we have come to expect from this all-conquering combination.”

The outing was not without unease and nerves for the Reds, however, as the Germans equalised early in the second half as Allan Simonsen capitalised on a misplaced Jimmy Case pass.

It was Liverpool’s time to feel the crushing weight of nerves as Ray Clemence’s heroics were required, but it would go as swiftly as it arrived as Tommy Smith, making his final appearance for the club, restored the lead with a superb header as the clock ticked over into the 64th minute.

The travelling Kop roared as the Germans fell into a deafening silence in the Italian capital. 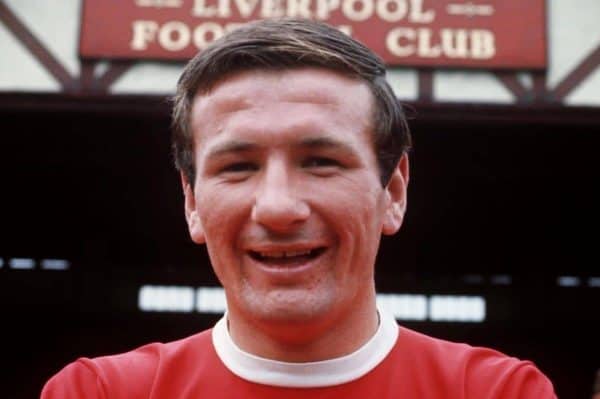 “The ball was driven across, I met it perfectly and the ‘keeper didn’t even time to move, let alone save it,” Smith would later recall.

It was his 638th and last appearance for the Reds after 18 years at the club, and his first and only goal of the season – his 48th as a Red – would prove to be his greatest and most significant.

Liverpool would make sure of the result with eight minutes remaining as Phil Neal converted from the penalty spot after Kevin Keegan, in what would be his last game as a Red, had been impeded to hand the Reds a 3-1 lead, and it was game over.

Emlyn Hughes would etch his name into history by becoming the first Liverpool captain to hoist the European Cup on a night where Liverpool operated “with patient skill and tactical superiority” which “proved a triumph for the genius of manager Bob Paisley.” 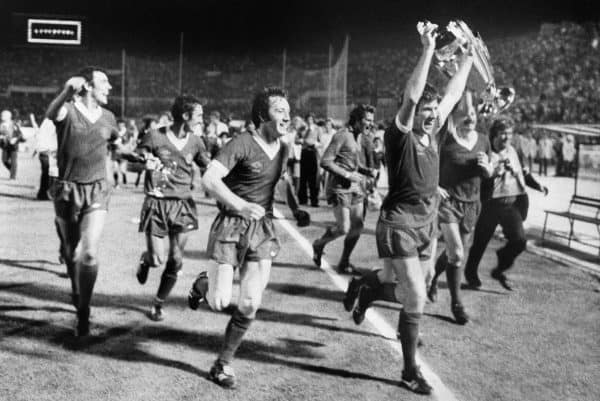 The scenes to follow were ones of vast emotions as the trophy was paraded around the Olympic Stadium, from tears to euphoria like no other as Liverpool had finally conquered Europe, merely 13 years after their first adventure on the continent.

“They say that to appreciate Rome, a lifetime is not enough. One night in May turned out to be quite adequate for Liverpool and their amazing Red Army,” a local report would aptly surmise.

Rome was the setting and May 25, 1977, was the date when “Champions of Europe” would be first chanted with pride and authority, and would receive a further five renditions in the 32 years which followed.