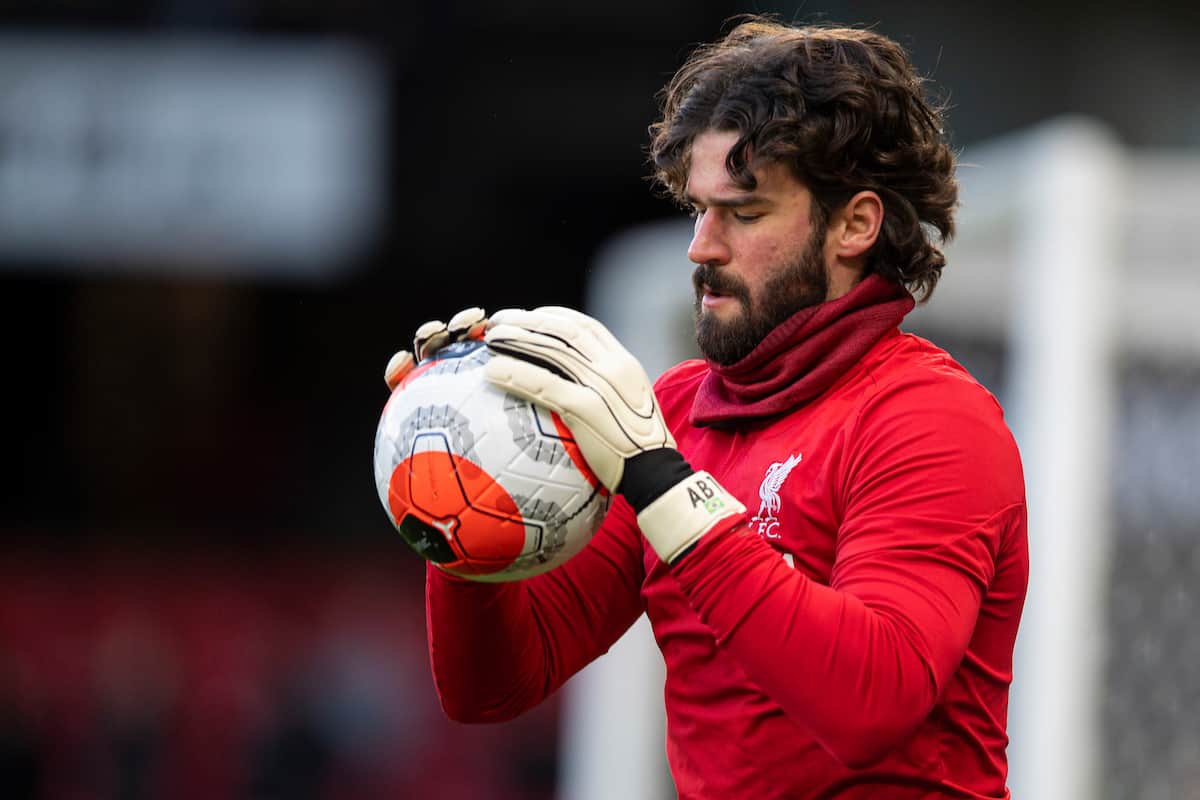 Alisson was able to take part in training drills on Wednesday having recovered from the hip injury that kept him out of Liverpool’s last game over two months ago.

The Reds were last in action on March 11, when they were knocked out of the Champions League at the last-16 stage with a brutal 3-2 defeat to Atletico Madrid at Anfield.

That night saw Adrian produce a frustrating performance, with the Spaniard at fault for Marcos Llorente’s first goal and failing to impress with the midfielder’s second and another from Alvaro Morata.

Adrian was, of course, standing in for Alisson, as he has on a number of occasions throughout the campaign, with the No. 1 suffering calf and hip injuries as well as missing a game due to his sending off against Brighton.

While an able deputy, there is a clear gulf between Adrian and Alisson, and the return of Jurgen Klopp‘s first-choice goalkeeper is a major boost ahead of the Premier League‘s resumption.

As Liverpool reported back to Melwood for small group sessions on Wednesday morning, the 27-year-old was pictured between the sticks, working on his agility:

Alisson has been working diligently on his fitness while at home, under the virtual supervision of John Achterberg, Jack Robinson and the club’s rehabilitation staff, and appeared to call upon a live-in personal trainer.

This looks to have aided his return to fitness, and it is likely that the goalkeepers are in the best ‘base’ shape of the squad as Liverpool look to get back up to speed.

If all goes well, Alisson should therefore start the Merseyside derby at Goodison Park, which will be the Reds’ first game back when the Premier League resumes, possibly as early as June 12.

Klopp should have a full complement of players to select from, with the manager providing an injury update on his squad in an interview with the club’s official website.

He revealed that “they are all fit and hopefully it stays like this,” which would suggest that the likes of Xherdan Shaqiri, Naby Keita and even Nathaniel Clyne are back and available.

In this respect, the postponement of the season has been a blessing for Liverpool, but this is also the case across the board as the 20 clubs were given further time to nurse players back to fitness.

Either way, having Alisson back in goal is a lift for the Reds, with six points required to win the title.