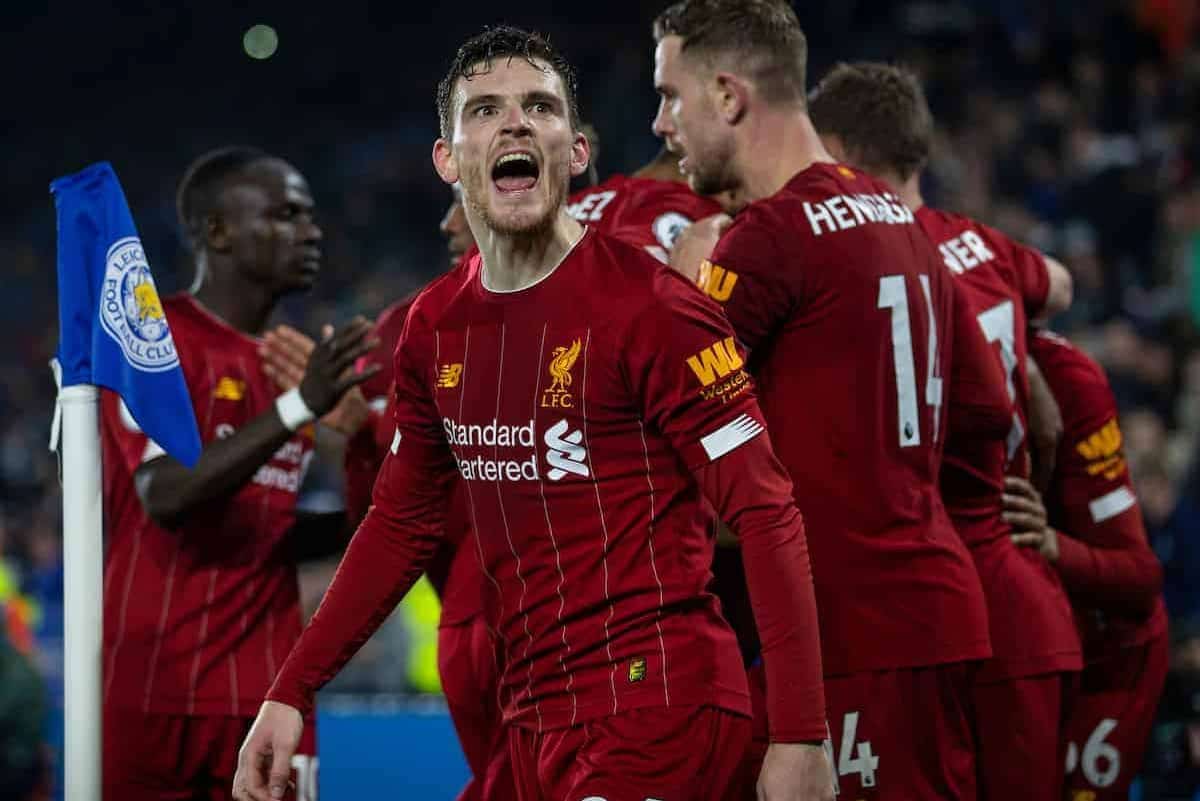 Newcastle defender Danny Rose has praised Andy Robertson as “the best left-back in England,” admitting he is “trying to catch” a player he considers “a freak of nature.”

Robertson has established himself as one of the best full-backs in world football since his £8 million move to Anfield from Hull in 2017.

He has already tallied 119 appearances for Liverpool as one of the first names on Jurgen Klopp‘s teamsheet, winning the Champions League, Club World Cup and soon the Premier League, and is now also captain of Scotland.

It has been a remarkable rise for the Scot, and speaking to the Lockdown Tactics podcast, Rose said while he “wouldn’t have noticed” Robertson at Hull, he is now the gold standard for Premier League left-backs.

“Robertson, he looks like a freak of nature,” he told Robert Snodgrass and Kris Boyd.

“I watch him and every game he gives the same commitment. His consistency, he’s just brilliant.

“Probably four or five years ago when we played Hull at White Hart Lane, Robertson and [Harry] Maguire were playing, but at the time I wouldn’t have noticed Robertson, if I’m being honest.

“Then he’s gone to Liverpool and for them he’s been the best left-back in England and maybe Europe for the last two or three years, easy.

“And for me now, he’s the one I’m looking to catch. Without a doubt, he’s the best.”

This is not the first time Robertson has been earmarked by his contemporaries in England, with Leicester‘s Ben Chilwell describing him as the “best full-back in the world” back in October.

“That’s not even an exaggeration,” Chilwell stressed.

“I definitely watch his game, as someone who’s a little older, and when Liverpool are on TV, I watch him to see what he’s doing and how I can improve.

“Someone like him, who’s getting assists and going forward, he’s one of the best.

“But he’s also very good defensively as well so he’s definitely someone that I look up to at the moment.

“Hopefully I can challenge him and I’m confident that I can be challenging him as one of the best in the world as well.”

When this praise is coming from rivals—and both Chilwell and Rose have turned out for sides competing at the top end of the Premier League for years—it is arguably more valuable.

And it should be heartening for Robertson, who has made incredible strides since his days in Scotland and has proved one of the best-ever bargain signings for Liverpool.