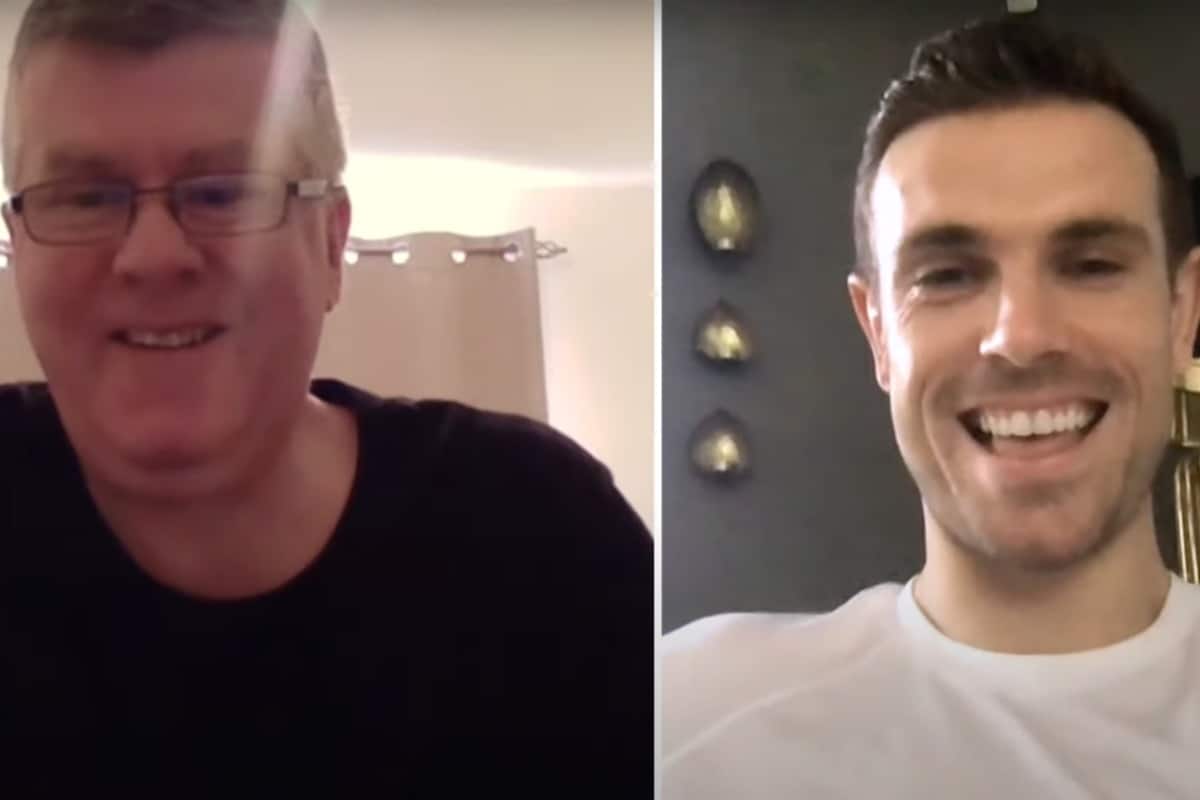 Jordan Henderson surprised lifelong Red David in an emotional video call which led to the skipper delivering the news of two incredible gestures.

Throughout the lockdown, the Reds have been reaching out to the local and wider community in a variety of ways, through donations and video calls, with Virgil van Dijk and Andy Robertson among two Reds who have delivered heartwarming surprises.

This time, however, it was Henderson who was the man to deliver the surprise of a lifetime to David, on the request of his wife and sister, following the tragic passing of both his parents within the space of five weeks late last year.

“My dad and Dave have had season tickets in the main stand for forever really, everything revolves around the fixture list – including his wedding,” David’s sister Chris explained.

“And so our David took it particularly bad because he and my dad were best mates.”

Henderson was set to meet David face-to-face but due to the pandemic the surprise meeting took place over a video call, but the significance remained all the same when the two met:

An emotional conversation followed on grief and football, one many can relate to, with Henderson saying that “hopefully in the future when we get back on the pitch we can put a smile back on your face.”

For David, he was already smiling, as too was his son Louis who joined the chat, one which became wider when Henderson delivered some special news.

One which would see David and his family be treated with a trip to Melwood to meet Henderson and the rest of the players, when things return to ‘normal’, along with Nivea Men, who sponsored the video, covering costs for two season tickets next season.

The video is truly heartwarming and it was poignant that the skipper would sign off with: “I’m really looking forward to meeting you in person, you and your family…Stay positive, keep smiling and hopefully we’ll see each other again soon.”