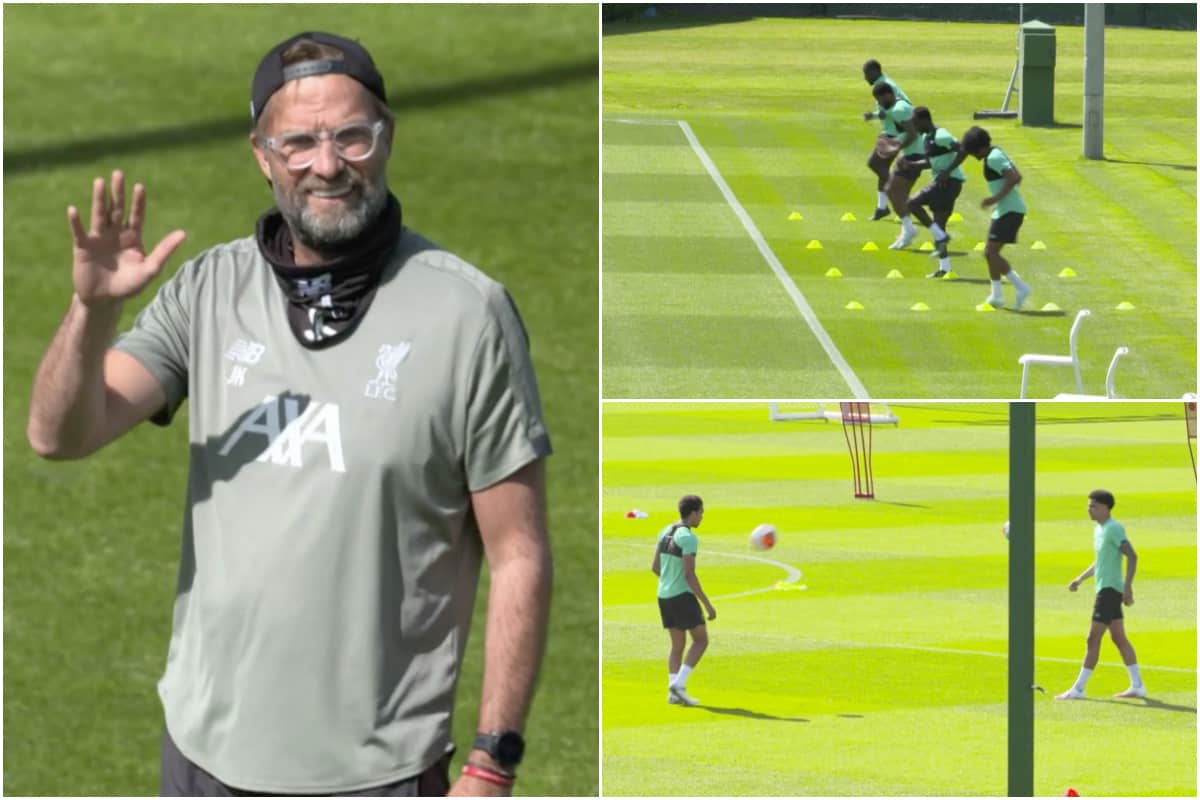 Sepp van den Berg and Ki-Jana Hoever both joined Liverpool training on Wednesday, ahead of the return to contact sessions that will end up with 11-on-11 games.

The Reds are expected to begin contact training again on Thursday, following a unanimous vote from the Premier League clubs to follow phase two of the governments safety protocols.

Initially, this should see clusters of two or three players work together, before rising up to 12 and then on to full-sided sessions within new guidelines.

A major step forward in the bid to restart the Premier League, this will allow sides to get back up to speed quickly before the likely resumption of fixtures next month. 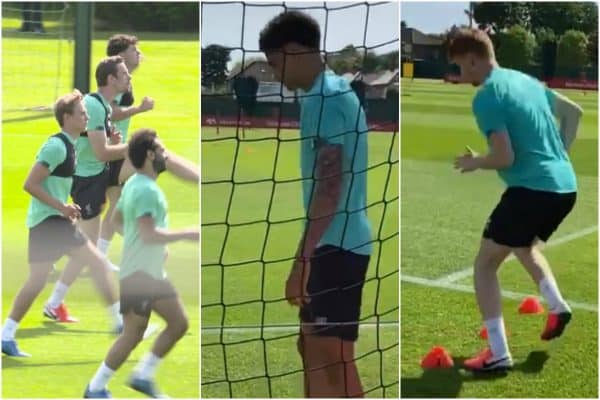 But with the Reds working towards full-sided games at Melwood in the coming days, the manager has needed to bulk up the numbers.

This saw both Van den Berg and Hoever called into the first-team setup on Wednesday, with the Dutch duo taking part in an energetic session as part of a group alongside Trent Alexander-Arnold and Alex Oxlade-Chamberlain.

Earlier in the day, Yasser Larouci joined Naby Keita, Gini Wijnaldum and Sadio Mane for a workout in the West Derby sun, with the Algerian also in his first days back with the squad.

At this stage, every player appears to be fit bar Xherdan Shaqiri, with Nathaniel Clyne also absent following his ACL injury, with the right-back due to leave the club on the expiry of his contract.

With Larouci, Van den Berg and Hoever now involved, Klopp therefore has 28 players at his disposal including four goalkeepers, which would allow for inter-squad games to be played at Melwood.

Liverpool often play small-sided games in training, and in the last session before a game play an ‘young vs. old’ 11-a-side with the results tallied up over the course of a season.

The options for the ‘young’ side have increased in recent days, and there is the prospect of further additions if the likes of Pedro Chirivella and Ben Woodburn are able to be involved.