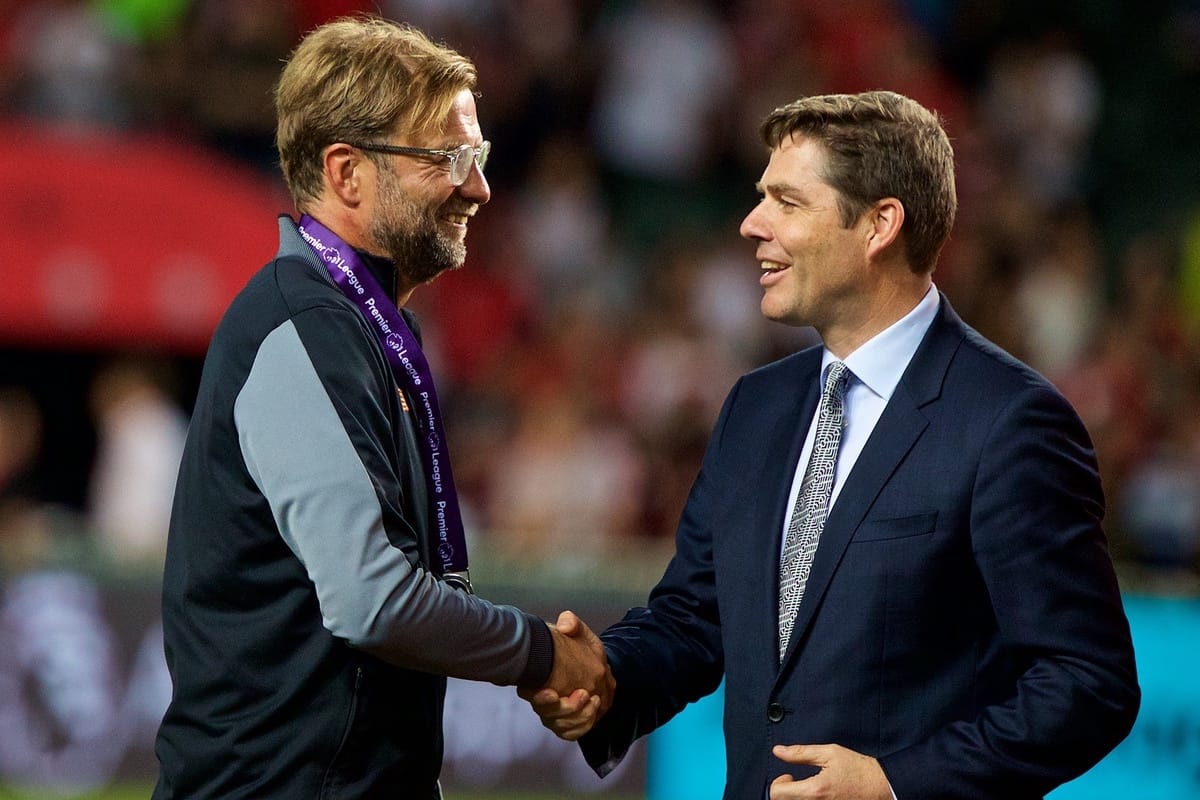 Liverpool are six points away from winning the Premier League, and while plans for a trophy parade are on hold, a trophy presentation will see medals awarded as usual.

With the English top flight set to get back underway next week, the Reds are preparing for a triumphant end to a strange but successful campaign.

Having taken 82 points from 29 games so far—25 more than Man City‘s tally from 28 games—Jurgen Klopp‘s side need a six-point swing in order to guarantee the title.

That could happen as early as next Sunday, at Goodison Park, with a City defeat at home to Arsenal in midweek leaving a win in the Merseyside derby enough to clinch the trophy for the first time since 1990.

The circumstances surrounding the 2019/20 season ensure the club’s celebration plans have been altered significantly, but there will still be a trophy lift and medals handed out to players and staff.

However, while Klopp has a relatively small squad, the Premier League‘s medal distribution could force some difficult decisions on who gets one and who misses out.

How many medals are handed out?

As a rule, the Premier League award 40 medals to the winning side, to be distributed at the club’s discretion across players and staff.

There are criteria for those who are required to be given a medal, with players who have made five or more appearances across the league campaign obligated to one of the 40.

The rest are to be awarded to the manager, his backroom staff and any players the club feel deserve one.

So which Liverpool players are getting one?

So far, 20 players have qualified for a medal on the basis of appearances made:

There are, however, at least four more players who will conceivably break the five-appearance threshold with nine games to play before the end of the season.

Takumi Minamino (three), Curtis Jones (two) and Harvey Elliott (one) have already featured in the Premier League this season, and should play more regularly either from the start or off the bench.

Neco Williams (zero) is also expected to be given some game time before the campaign’s end—particularly if the title is wrapped up early, allowing Klopp to test his youth reserves.

The expansion of matchday squads from 18 players to 21, with five substitutes allowed per game, should increase their opportunities too, and could even see the likes of Ki-Jana Hoever and Sepp van den Berg earn minutes.

And how are they dished out between Klopp’s staff? 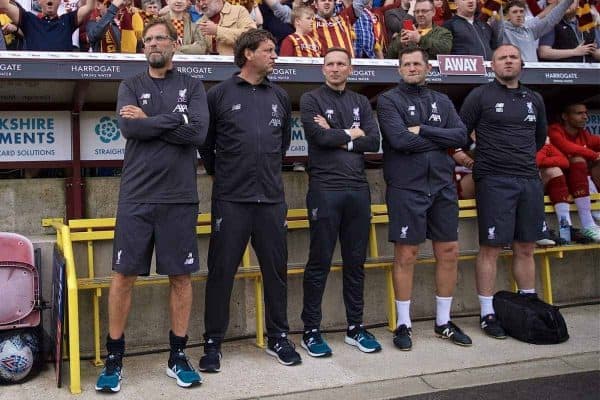 This is where it gets potentially difficult, with it hard to determine which of the backroom ‘deserve’ a medal from an outside perspective.

But it is safe to say those on the matchday bench on a regular basis will be given one, those being: Klopp, Peter Krawietz, Pepijn Lijnders, John Achterberg, Andreas Kornamayer, Jack Robinson, Lee Nobes and Christopher Rohrbeck.

Then there are Andy Massey and Richie Partridge, who both left the club mid-season but, in their roles as head of medical services and physio respectively, contributed significantly to the campaign.

And what of their replacements? Or those operating in other, similarly important roles at Melwood, like sports psychologist Lee Richardson and throw-in coach Thomas Gronnemark, for example?

There are 22 first-team staff listed on the club’s official website, omitting some high-profile names, and with 24 players estimated to be guaranteed a medal this will likely need to be whittle down to 16.

While singling out staff members is a tough task, the likely omissions from Klopp’s senior squad are easier to highlight.

Hoever, Rhian Brewster, Nat Phillips, Caoimhin Kelleher and Andy Lonergan have all been included in the matchday 18 in the Premier League this season, but are either guaranteed not to or are unlikely to make five appearances in the next nine games.

Van den Berg, Yasser Larouci and Pedro Chirivella have also trained extensively with the first team throughout 2019/20 but may not play five or more times in the coming weeks, and the same goes for the returning Paul Glatzel.

Can Liverpool apply for extra medals? 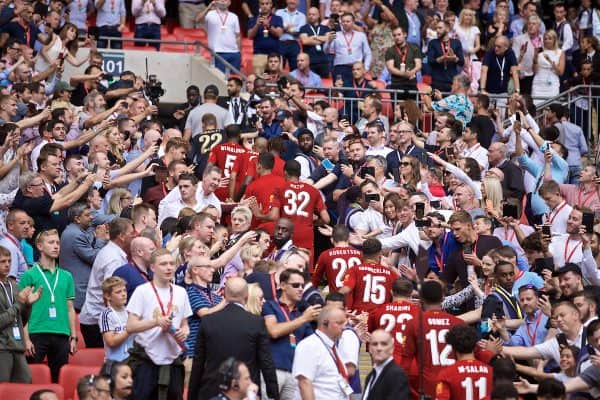 The Premier League board can grant the title winners with additional medals, but only if more than 39 players have featured more than five times in the league over the course of the season.

Previously, special dispensation has been given to reserve goalkeepers, but this appears to not longer be the case.

Last season, for example, City’s Claudio Bravo, Arijanet Muric and Daniel Grimshaw all joined the squad for the trophy lift but were not given medals.

“They are champions,” he added. “They worked from day one to the last one, in the locker room and training.”

Asmir Begovic presented a different case while at Chelsea in 2017, saying that while “we’ve all sacrificed, played our part in the team each and every day,” he didn’t believe “five appearances should warrant a medal.”

City commissioned their own medals for players and staff who missed out due to the Premier League‘s ruling, and it is possible that Liverpool will do similar.