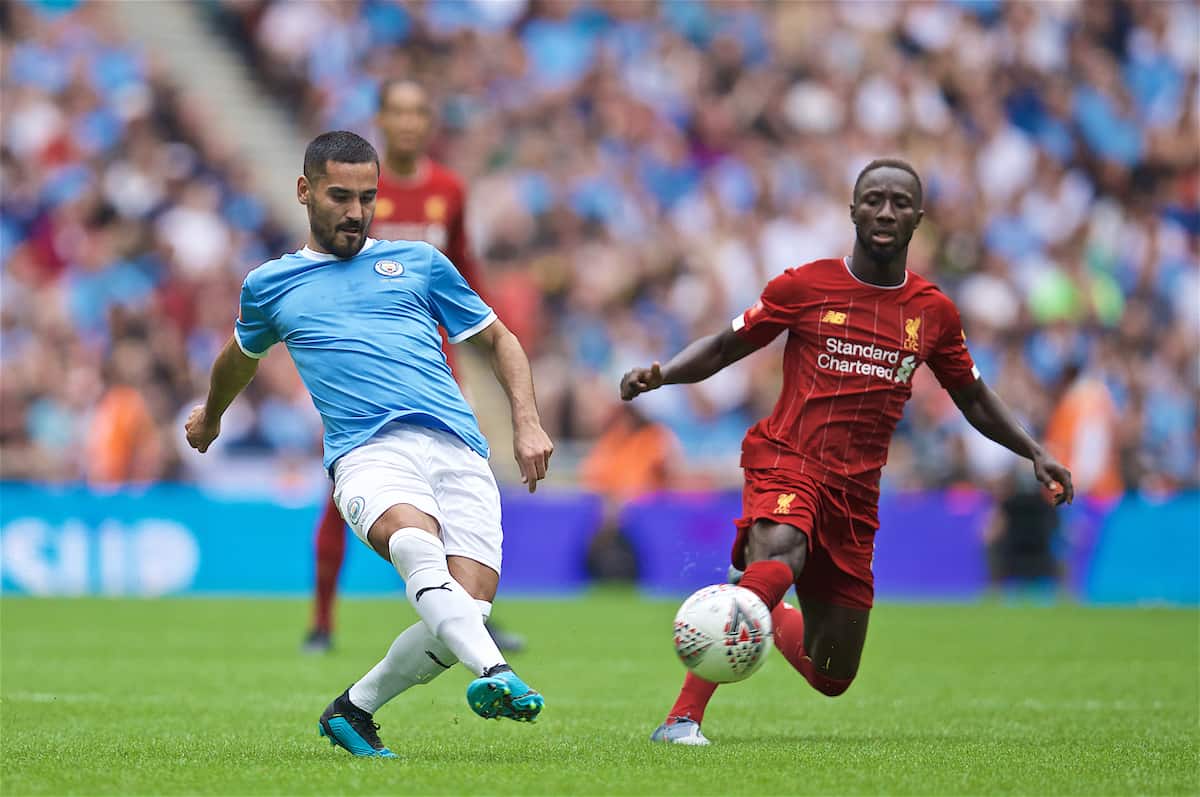 Ilkay Gundogan has conceded Man City were “left behind” by Liverpool in the pursuit of the Premier League title, with the Reds having established a 25 point lead.

Although having played one more game than Pep Guardiola’s side, Liverpool are on course to break the record for the biggest winning margin in a Premier League season, surpassing the 19 point tally set by City in 2017/18.

The Reds have been relentless in their pursuit of the title having fallen a point short in 2018/19, dropping points just twice in 29 games before the pandemic forced the season to be suspended.

The triumph of Jurgen Klopp’s side, who remain six points away from the title, would end City’s hold on the top spot having won the competition two seasons on the trot.

But while Liverpool put their foot down on the accelerator following the Champions League triumph, City have faltered having lost seven games and drawn a further three in 2019/20 – establishing a 25 point gulf between the two teams.

And the City midfielder has acknowledged that Liverpool are the standard-bearers, with his side unable to assert their dominance on the scoreboard as they have grown accustomed to in recent years.

“We were left behind in the championship race this season in the Premier League. We couldn’t show an effect like the last two seasons [when] we are champions,” Gundogan explained to Fanatik.

“Whether we play good football or play good matches, there are points we have simply lost.

“Liverpool came to this level without losing many points, so we lost a lot of points, so the difference increased.”

City are in a unique position, with their results against Arsenal and Burnley on their return to action to have a direct say in when and where Liverpool can clinch the title – with just six points to play with.

Ultimately, his former boss in Klopp, who he played 117 games for at Borussia Dortmund, will be the one to celebrate come season’s end, and Gundogan continued to praise both the German and Guardiola as “the world’s top two teachers.”

“Jurgen Klopp and Pep Guardiola are the two best teachers in the world,” Gundogan continued.

“Four years have passed with Klopp [at Liverpool]. A teacher I love very much. He creates an amazing team spirit and motivates footballers incredibly. The teams he runs struggle a lot, he runs a lot.

“Pep is at a very high tactical level. A teacher who wants to know every detail of the game. I have not seen a teacher who improved himself tactically.

“Their styles are different, but both are very successful. Although they are very different, they are both the world’s top two teachers for now.”