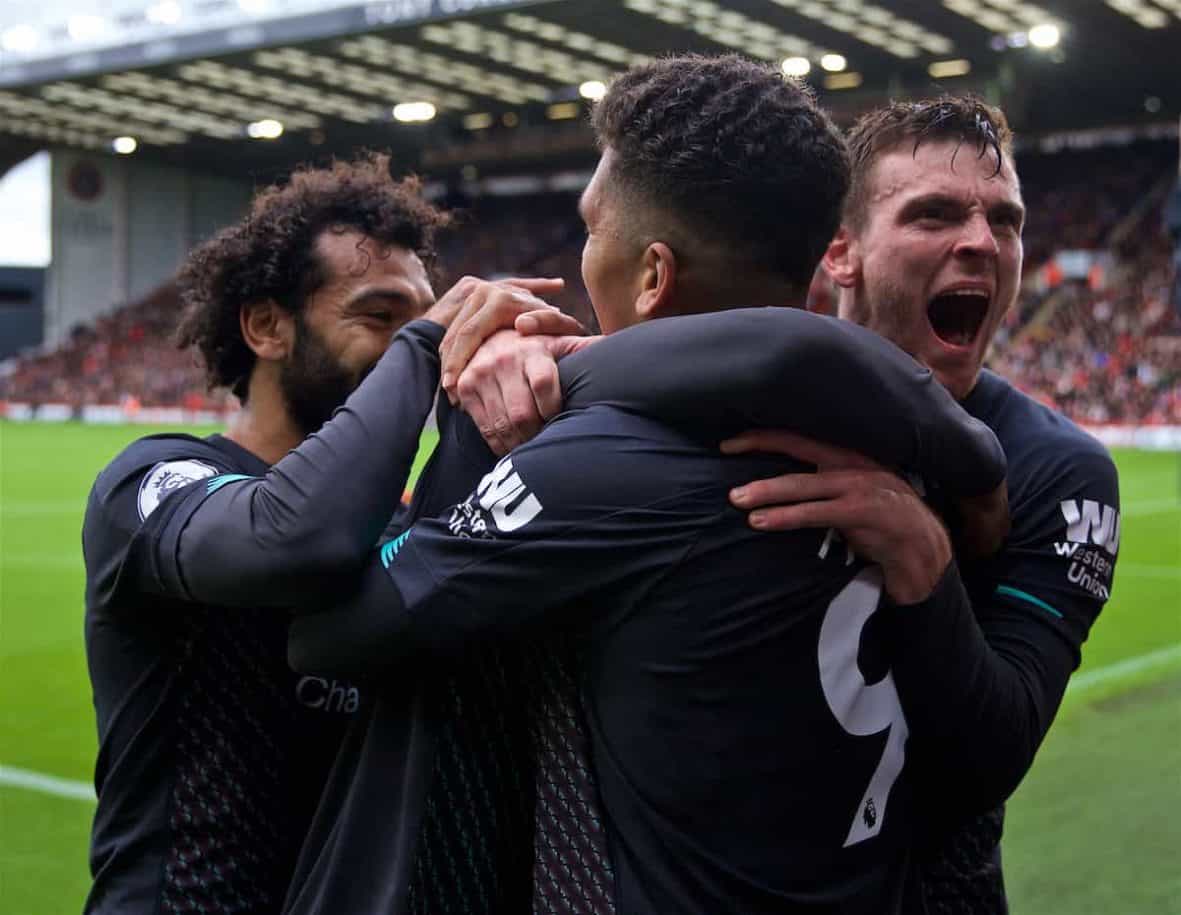 Liverpool’s front three are widely lauded for their direct influence on the scoreboard, but Andy Robertson has explained their one trait which often gets overlooked.

Roberto Firmino, Sadio Mane and Mohamed Salah have been tearing up defences since they were put together at the start of the 2017/18 season, combining for 214 goals and 96 assists across all competitions.

They have often been tagged as the ‘fearsome front three’ or the ‘prolific attacking trio’, but their feats in front of goal are only one facet of their game which has catapulted Liverpool to their crowns of world, European and English champions.

The key trait behind their success, and Liverpool’s, is unrelenting hard work, according to Robertson who watches on as they press from the front every single matchday.

In a fascinating interview with The Lockdown Tactics, the Reds’ left-back spoke of how the three are each irreplaceable in their own right and how they all embody the intensity Jurgen Klopp demands from his side.

“If you don’t work, you don’t play for Liverpool. It’s as simple as that,” he explained.

“If you don’t work at 100 percent whether that’s pressing to get the ball back or whether it’s going forward and creating goals you don’t play.

“The gaffer wants people to give 100 percent but to be fair to the front three lads they’re actually spot on without the gaffer being on them.

“Sadio, for me, on my side is one of the hardest working wingers I’ve ever worked with.

“Bobby up front is the hardest working striker I’ve ever seen in my life. He’s so unselfish that people say does he get enough goals, but what he does for our team you can’t replace.

“It’s impossible and, for me, that’s why he is one of the best in the world.

“Our pre-seasons are so hard in terms of getting us to our maximum fitness levels at the start of the season, that’s usually why we get off to pretty good starts because we’re fitter than some other teams and we get in the groove a bit quicker.

“But the front three are crucial to what we do. We couldn’t do half the pressing that we do without those three. 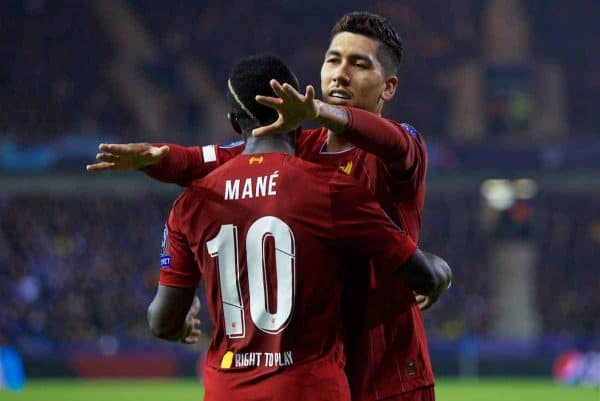 “They go from the front and if they were lazy then the team would be nowhere near what they are. Everyone speaks about their goals and assists and their quality and stuff, but their work rate is second to none.

“If those three can do it then, for me, any winger can work as hard as that.”

Robertson’s words are another nod to the attitude of a Liverpool squad who are built on intensity and aggression, one which never wants to take a step back and focuses on not declaring they’re the best but rather they are capable of beating the best, whoever that may be.

And on a personal level, it is the ambition to be Liverpool’s No. 1 left-back for the rest of his career which fuels him day to day.

“I was never happy just being a Liverpool squad player, I always wanted to be the No. 1 left-back and luckily now I’m doing that. I have to keep going and I want to be No. 1 for the rest of my career if I can.”