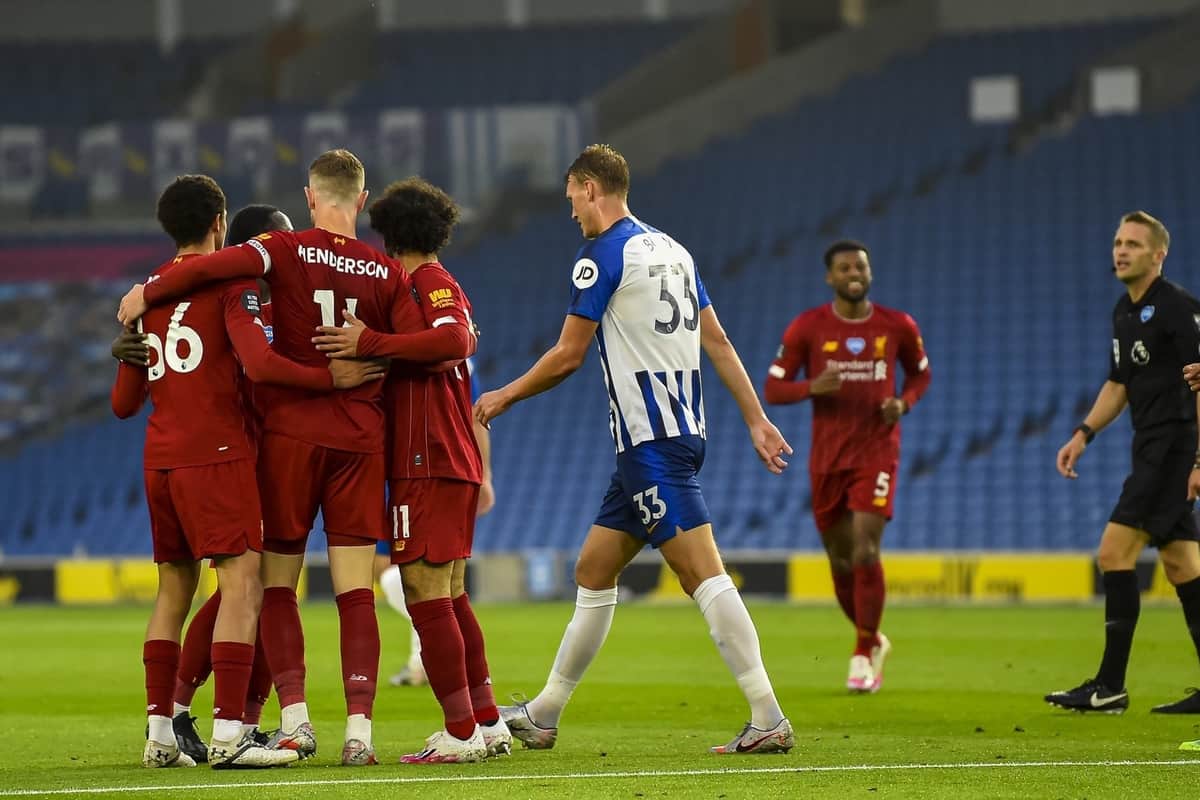 Liverpool survived a brief scare as Brighton battled hard, and emerged as comfortable as they push for a record points total in the Premier League, winning 3-1 at the Amex.

One of the key facets of the work of Ian Graham, Liverpool’s director of research, and his team is the identification of ‘pressing victims’, and this was certainly apparent early on at the Amex.

On a night that brought Neco Williams‘ first Premier League start, the Reds were 2-0 up within eight minutes, the first coming as Naby Keita nicked the ball off Davy Propper and laid it across the box for Mo Salah to fire home.

More sloppy work in the midfield then led to Jordan Henderson‘s first away goal since January, with Salah turning provider as the captain curled home expertly from range.

Brighton had their chances to get back into the game, though, with Williams thwarting their best opening with a brilliant block in the six-yard box, the teenager impressing with an energetic first-half showing.

The makeshift left-back did tire, however, and his fellow youngster Tariq Lamptey capitalised as he was dragged out of position to fire a perfect cross in for Leandro Trossard to reduce the deficit.

It was no surprise that with Williams on a booking, Jurgen Klopp replaced him with Andy Robertson at half-time, with the quality in reserve and option of five substitutions leaving no need to risk a red card for the prodigious No. 76.

Brighton had the better of the opening quarter-hour, though Salah had a chance to make it 3-1 after being found by Keita, with Gini Wijnaldum required to make a clearance from a Dan Burn effort.

Klopp then made two more changes, one likely pre-planned—the relentless Keita off for Fabinho—and the other maybe dictated by another slow tepid showing—Alex Oxlade-Chamberlain making way for Sadio Mane.

The third for Liverpool came via a real rarity from Salah, who turned in Robertson’s corner at the near post for only the fifth headed goal of his career, albeit his fourth in a Liverpool shirt having scored one against Man City in November.

That sewed the game up for the visitors, who continue in their push to break Man City‘s record points total of 100; nine more to go from four games.