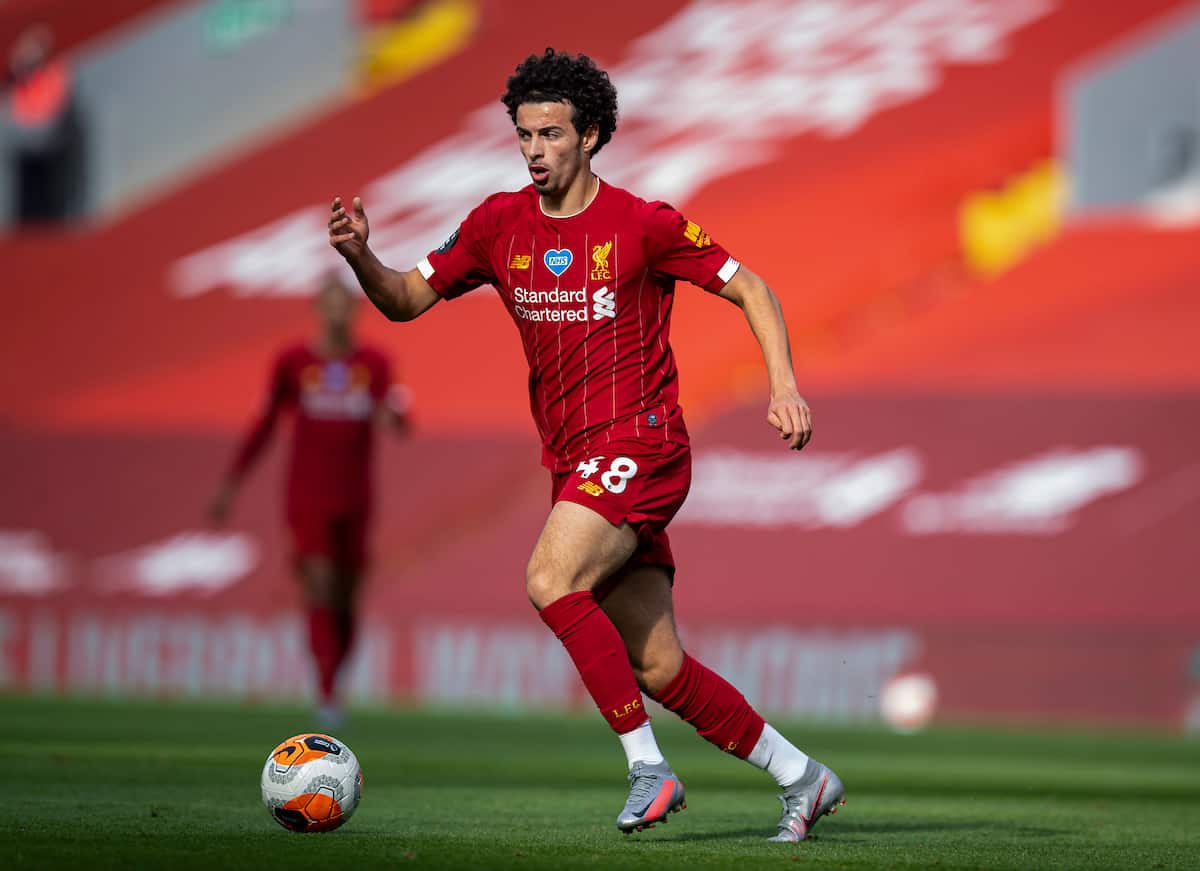 Liverpool did little to entertain but the three points were secured nevertheless against Aston Villa, where the aim of eclipsing 100 points moved one step closer.

Jurgen Klopp’s men returned to Anfield for the first time since being crowned champions and off the back of a rare defeat at the hands of Man City, and Aston Villa

There was little to be excited about in the opening half, however, with the Reds lacking any penetration or a connection between the middle of the park and those leading the line.

And while the second term largely read off the same script, one moment of magic was all that was required to see Trent, Naby Keita and Sadio Mane to combine to edge the Reds into the lead.

It was an advantage which remained come full-time, one Curtis Jones double after coming off the bench late to net his first Premier League goal.

“I’m colour blind and can’t tell the difference from red and green…I think some of our team can’t either!!”

– phil smith on the forums.

Having won the league, Liverpool turned their attention to defeating an even bigger foe: insomnia.

All painfully too slow and being played in front of Villa. No real sign of the creativity you’d have expected to see with Keita and Chamberlain both selected & general lack of runs to break the lines. Minamino for Origi seems obvious.

Tough watch that. Midfield is missing Henderson’s intensity & Origi not offering much of a threat #LIVAVL

Probably the most boring game I’ve ever watched. I’d hook Origi for Taki or Firmino, to try and link the midfield to attack. Provided not everyone’s passing is putrid again, that is.

Origi off, Minamino on. Would love some minutes for Elliott, Williams and Jones too.

Anything to inject a bit of spark into this game!#LIVAVL #LFC

We don’t deserve it, but that was nice

Sadio Mané, though. The absolute fella, as per!

Brilliant work from Naby Keita. Give him space and he will deliver. Got to say, though, that is very harsh on #AVFC.

First time Naby Keita has pushed forward and got in a dangerous position and it’s a superb finish from Mané.

“First goal as champions, a bit ridiculous to say that imo.”

First decent move Liverpool have put together the whole game! Good vision from Alexander-Arnold and Keita.

Carra too for some weird reason

If you're a fast player running past a defender and you have your shoulder grabbed every time, then you lose the advantage of your pace and you have to adjust balance. It's illegal. It's not even shoulder-to-shoulder, it's a pull on the shoulder. Not a "terrible" foul, but a foul

Again, Salah with the same contact as Sterling on Thursday. Not given.

This ref is the big winner from a closed ground here. He’d be getting absolutely battered if people were in.

Not a bad way to celebrate signing a new 5 year contract, that! Delighted for Curtis Jones.

That was a very nice goal and the perfect way for Curtis Jones to mark a new contract.

Great team goal that from Liverpool. Started and finished by Curtis Jones. Nice play from Henderson, Robertson and Salah in between. #LIVAVL

“This is what we need. A lad from Toxteth.”

– RodM on the forums.

Ultimately, the subs changed the game and it was another three points in the bank for the champions…

Football without Henderson is nothing.

BOUNCING OUT OF ANFIELD AFTER OUR 24TH WIN ON THE BOUNCE LIKE….

Hello Reds, what a win dat was den.

Tidy game management against plucky opponents. Keita lively, nice linking for the opener. Made up for Jones, what a way to cement a career-defining contract. Alisson proving, again, completely priceless at the end. Three more points for the team that cannot be caught. #LFCdigest

89 points, 17/17 home wins. Reds back to winning ways. Made up for Curtis Jones what a week for him. Happy weekend! pic.twitter.com/TVbcqGSNoM

Another three points, a professional response to the midweek hangover against a side fighting for survival. Another clean sheet for Ali and Liverpool doing what they’ve done so often on the way to the title, ie doing enough!