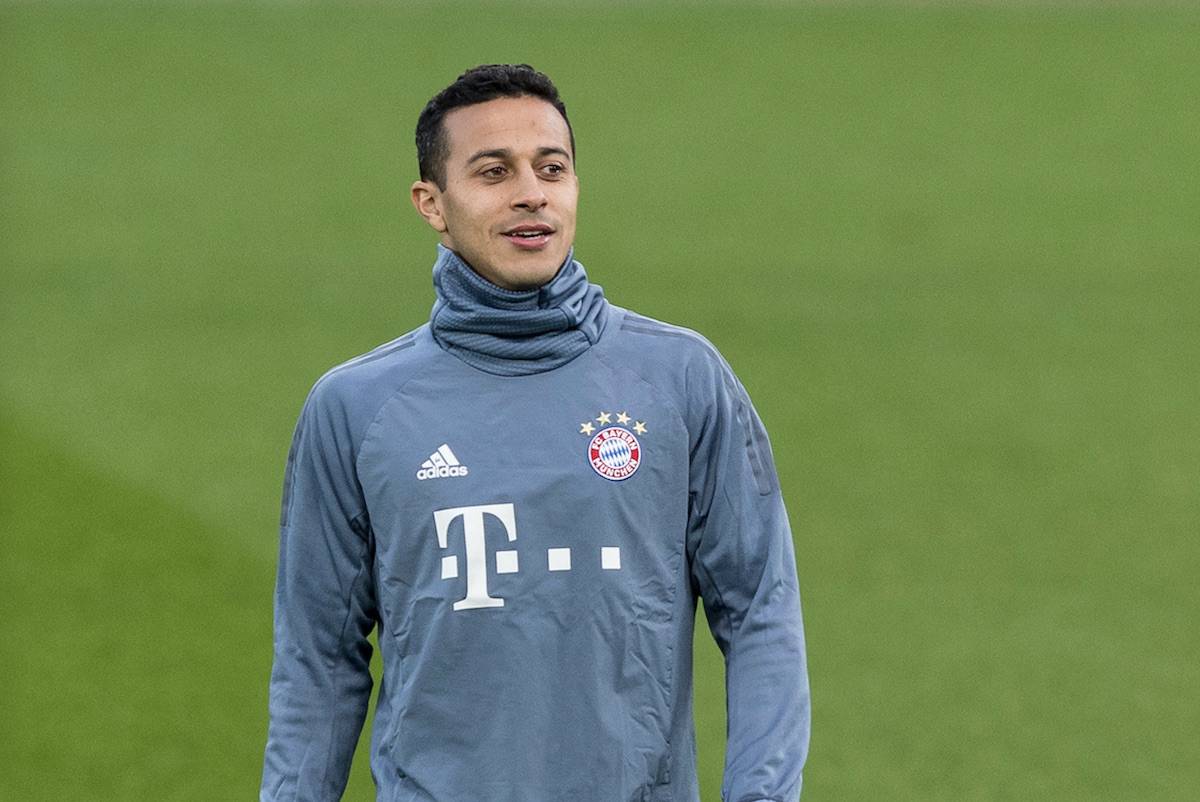 Liverpool’s rumoured pursuit of Bayern Munich midfielder Thiago Alcantara appears to be gathering speed, with one journalist claiming personal terms have been agreed.

Initial readings of reports linking Liverpool with Thiago were sceptical, given the Spain international’s age and doubts over the Reds’ spending in the upcoming transfer window.

But as the days have passed, the speculation has mounted, with sources from across Europe fuelling the fire as fans’ anticipation grows.

In Germany, where Thiago plies his trade, Sport Bild originally suggested Liverpool as a possible destination, while in his native Spain, Sport claimed a deal is “very close.”

Argentinian journalist Juan Pablo Varsky believes a €35 million switch could be agreed “next week,” while the reputable Fabrizio Romano countered this by confirming Liverpool “are interested” but “official talks have not started yet.”

For Bayern, the matter seems to be settled, with Thiago not looking to extend his deal beyond the end of next season, and therefore a summer sale is on the cards.

Now, beIN Sports’ Tancredi Palmeri has claimed that Liverpool have “agreed personal terms” with the 29-year-old, with a bid “to be tabled” in the coming days.

Palmeri suggests a minor disparity in Bayern’s valuation and the Reds’ likely offer, but with the Munich club looking for €35 million and Liverpool expected to bid €30 million with a further €5 million in bonuses, a compromise should be found.

In terms of reports in England, there is little in the way of a rebuttal so far, with The Athletic’s James Pearce simply describing it as “one to keep an eye on.”

Pearce did write elsewhere, though, that Thiago is “the type of player that Liverpool usually shy away from investing in,” due to his age, issues with injury and the high wages he would command.

But perhaps this is an exception for FSG off the back of a title-winning campaign; a statement in acquiring one of the best players in the world in his position.

It remains to be seen, but talk of Thiago to Liverpool is unlikely to go away soon.