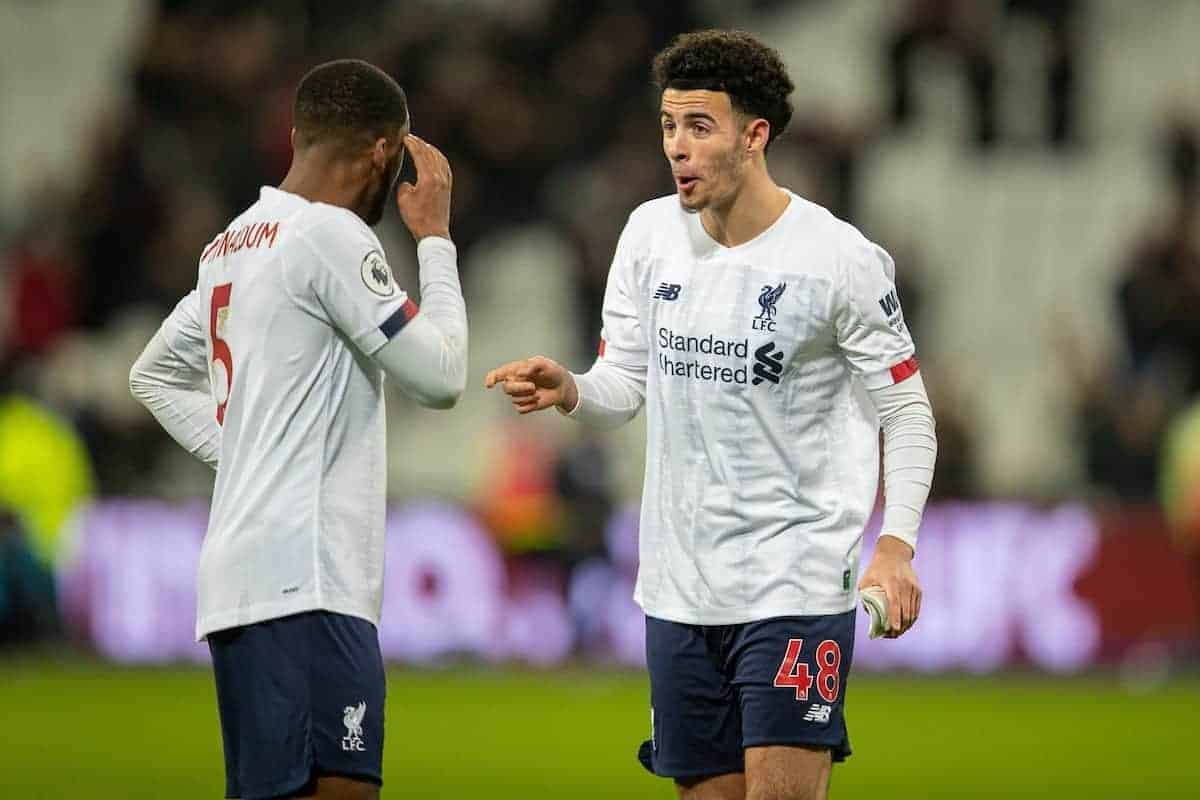 Curtis Jones offers a quality “few players we see on the market” can according to Liverpool assistant manager Pepijn Lijnders, as he praised the club’s youngsters.

The Reds head into the summer transfer window with unclear plans in terms of signings, with Jurgen Klopp repeatedly stressing the importance of promoting youth.

Throughout the title-winning campaign this was seen with the inclusion of Jones along with Neco Williams and Harvey Elliott, while Caoimhin Kelleher, Sepp van den Berg and Ki-Jana Hoever were among those to also benefit.

Jones is the figurehead of this group.

Last season’s captain at under-23 level, he boasts the ability, mentality and confidence required to step up to the first team, and made 12 appearances in 2019/20 including six in the Premier League, scoring three goals.

Lijnders believes the 19-year-old provides a rare quality which seems to be informing the club’s plans in the transfer market, as he praised Jones along with Williams and Elliott in an interview with Goal.

“Our future looks really bright. We have, in three positions, players who can make us better,” he explained.

“Don’t tell them that, but they have something. They have Scouse blood, their heart is in the right place and they will run through walls for us.

“They will try things a more experienced player will not try. That’s what I like. It gives colour to our game.

“Everyone is seeing Curtis in the last half-year, but we have been busy with him since the Talent Group, four years ago.

“We try to bring these players through, to force them into our way of playing.

“There are three good examples at the moment; Neco dominates a wing in a very creative way, Harvey in the final third is like a little diamond—he’s cheeky but at the same time he’s responsible.

“And Curtis, who gives us risk in one-v-ones and a last pass like few players we see on the market.” 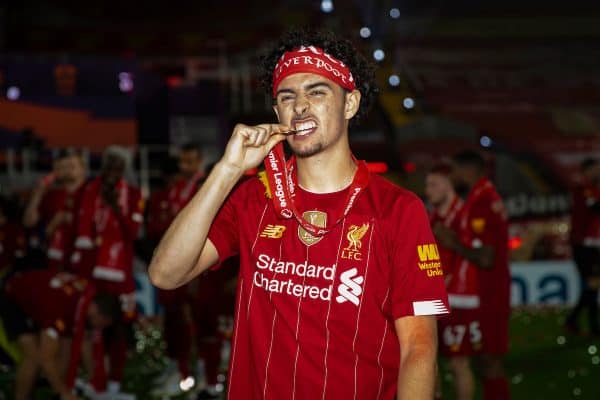 For years, supporters have been hoping for a crop of youngsters to truly settle into the Liverpool first team, and now it seems they will be able to do so.

It has taken time to establish the quality required, and the work of Lijnders along with his successor as elite development coach Vitor Matos and, most importantly, academy director Alex Inglethorpe cannot be overlooked.

The Reds are now in a position where they can look to Kirkby instead of only the transfer market when it comes to supplementing the squad.

Jones is a no-brainer replacement for Adam Lallana, and Lijnders highlighting his eye for a pass as being key suggests he could be employed to give Liverpool more incision in the years to come.

This is particularly interesting given tabloids in Spain desperately attempt to revive talk of a return for Philippe Coutinho, with the Reds already settling on their next flexible, creative midfielder.