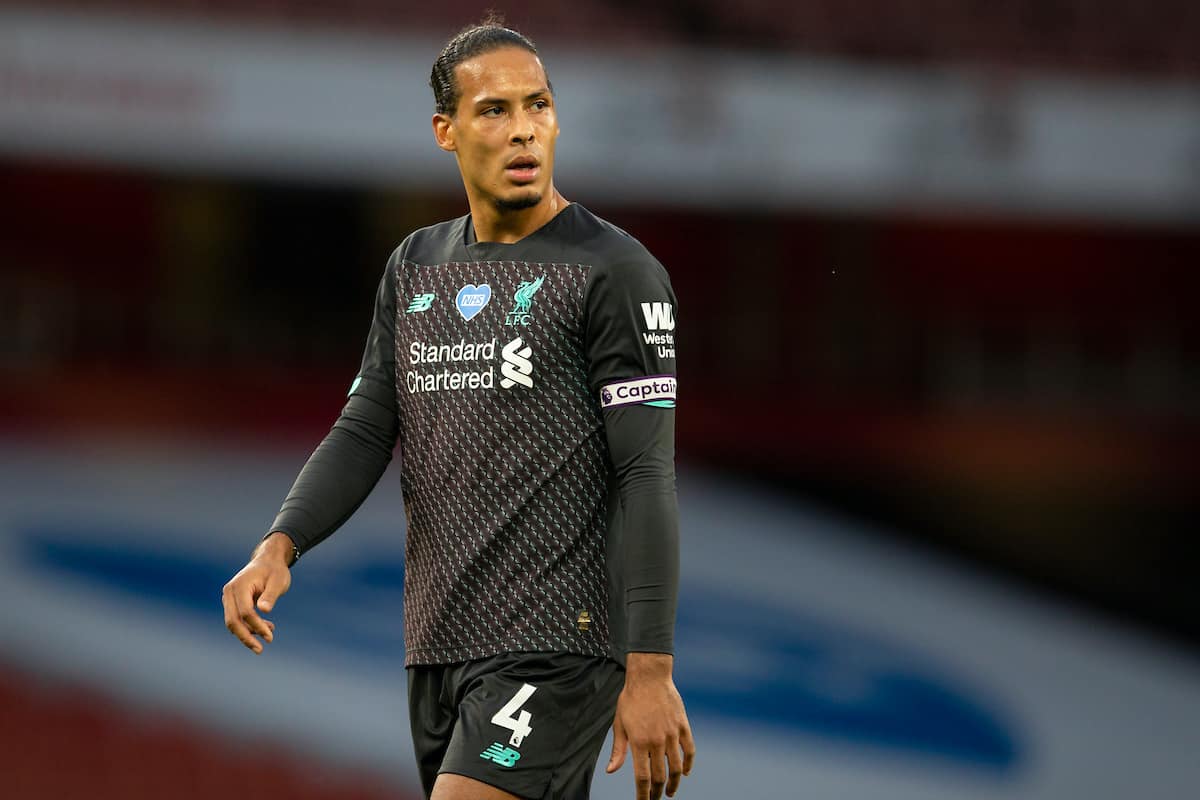 The manner of Liverpool’s recent results are ones which lie in the context of an elongated season like no other, one which is unlikely to bleed into the next.

Apparently, they’re sat on the beach.

Even Graeme Souness, a man who saw all and did all, inclusive of having the sheer balls of steel to throw the then 91-year-old, and rather ornate, Football League championship trophy around the fields of Anfield Road, in May 1982, says he has no answer to a phenomenon of a team taking their eye off the ball when the title is won with games aplenty to spare.

Souness himself was part of a team that did something similar in 1982/83.

At one point, both pre-pandemic close-down and during this not quite post-pandemic restart, all the talk and speculation was of unbeaten campaigns and record points hauls.

Frankly, after 30 years of yearning, I was quite happy to just hear Liverpool being called “the champions.”

Anything else, as nice as those trinkets would have been, was just costume jewellery. The type of thing that is soon forgotten or lost down the back of the sofa.

This season has been an unprecedented one in so many ways, but the main thing was to break that three-decade long spell and win the league title again.

I count myself as lucky that I’m old enough to remember the title successes of the past; I consider myself blessed to have had at least an inkling of how it was going to feel to see Liverpool back at the top of the tree.

There are differences though. Back then, it was expected, taken for granted even, that we would be winning the league. In the first 16 years of my existence, Liverpool won the old First Division ten times to go along with the four European Cups, one UEFA Cup, three FA Cups and four League Cups.

Then there were the near misses. What would have been another league title, lost with almost the last kick of the 1988/89 season and a variety of other projected league and cup doubles blown in FA Cup finals and semi-finals which we carelessly lost.

Winning is just something that Liverpool ‘did’.

The more that years passed, the further into the distance that 18th league title-winning campaign drifted, that sense of expectation was exchanged for hope, hope was then interchanged periodically for resignation and despair.

Those spikes in hope – the ones provoked by Rafa Benitez and Brendan Rodgers were the most painfully punctured examples – brought me, at least, to the point that the spectre of renewed hope left me feeling battle-weary as Jurgen Klopp set out on this magnificent odyssey to where we are today.

Don’t get me wrong, I was delighted that Klopp had said yes to ending his sabbatical from football far sooner than he had initially planned in order to rock up at Anfield in the name of something he viewed as much as being an ideological crusade as it was a managerial appointment.

Somewhere within those early months, however, it became blatantly clear that while he could and would not offer any guarantees of where he would take Liverpool, Klopp was a man that could be trusted.

I don’t see next season being any different in that respect and an inconsistent stumble to the end of this elongated and disrupted one won’t stop Liverpool ending the next campaign exactly where their energy, focus and desire dictates.

It is a natural reaction to seek reasons as to why Liverpool lose or don’t win a game. Yet, it is something that has become more pronounced in recent seasons as it doesn’t happen all that often.

I’d also suggest that it is a remaining legacy of the years of catch up we were forced to play when every setback was fair game in the assessment of the bigger picture.

This set of Liverpool players have earned their right to a ‘go slow’, however. They just can’t expect their manager to turn a blind eye indefinitely. There has been some straight talking and there will be some more before the start of next season, I’m sure.

Klopp is very insistent on his players taking up their responsibilities and delivering on them. It is about doing the basics right, which against Arsenal, momentarily lapsed.

Virgil van Dijk and Alisson were the surprising identities of those who gift-wrapped Arsenal their two goals. Our opponents were as surprised as anyone else was when presented with their goals.

We played quite well at Arsenal until we gave their equaliser away. We continued to move the ball around impressively, in pockets of the game, after falling behind. Wednesday night was as much an oddity as the Nick Pope show was on Saturday. A game we would have won handsomely 99 times out of 100 based on the velocity of the football played during the first hour or so.

Basically, I’m suggesting that these end of season results can be read in a manner that doesn’t fit the situation.

After all, Manchester City have lost two of their eight league games since the return of football, while Chelsea, in third, have also lost a couple of games. Leicester City, now fourth, have won only once since the resumption.

None of this, possibly Leicester aside, intimates what will unfold in 2020/21 for any of these teams.

Next Wednesday, Liverpool will be presented with the Premier League trophy. A silvery edifice that isn’t a patch on the old Football League that Souness threw to Ronnie Whelan at Anfield all those years ago.

All the same, I’ll be a bit emotional when Jordan Henderson is handed it though.

Relax and enjoy being the champions, Jurgen knows what he’s doing.