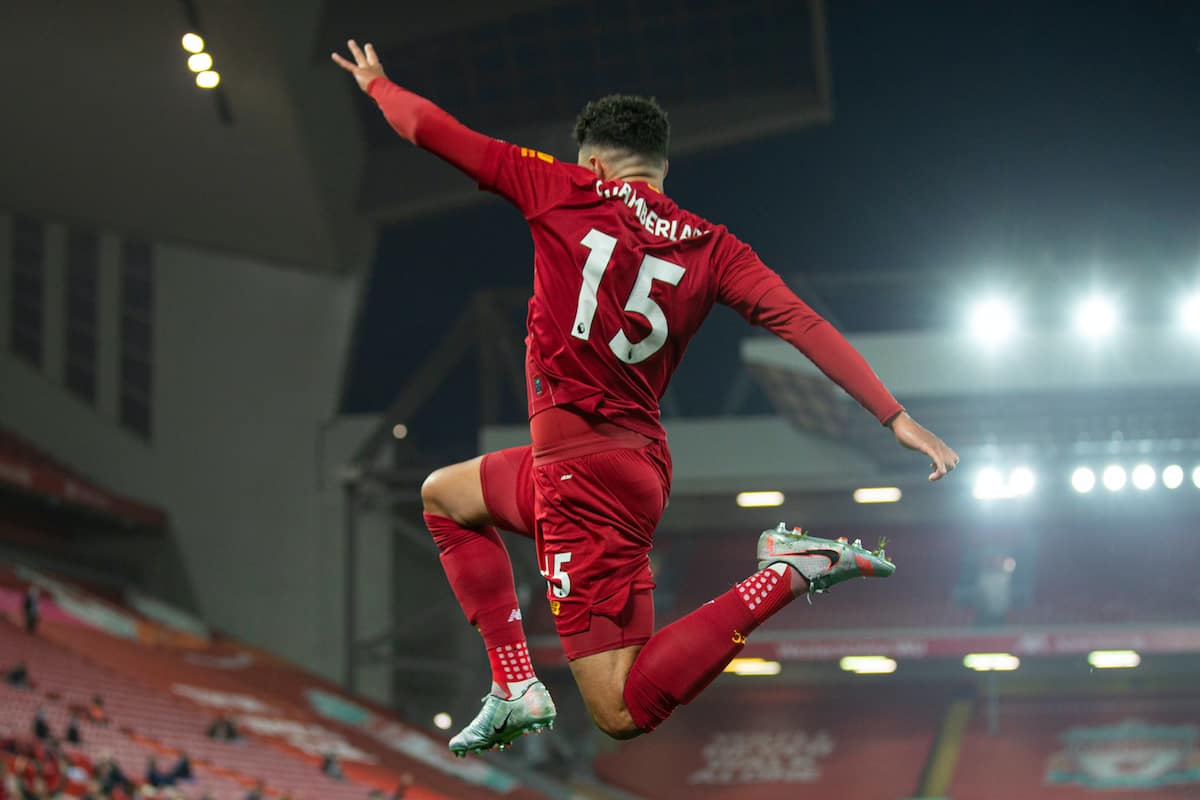 Liverpool saved their most ludicrous game for last at Anfield, as they edged a back-and-forth game 5-3 against Chelsea before lifting the trophy.

The Reds played their final home match of the 2019/20 season against Chelsea on Wednesday night, knowing that regardless of the result they’d be having a party afterward, which was 30 years in the making.

Even so, the intent to put on a good performance was clear and Jurgen Klopp went for the strongest available side.

Naby Keita came in for Alex Oxlade-Chamberlain in midfield in the only change, while Adam Lallana was called back to the bench—though didn’t make an appearance.

It was the recalled No. 8 who opened the scoring with an absolutely thunderous strike from 25 yards, after a trademark tackle in midfield and quick surge forward.

The Reds didn’t settle there, though, as a dominant performance saw them go in 3-1 up at the break.

Trent Alexander-Arnold curled in a brilliant free-kick, then Gini Wijnaldum half-volleyed in a close-range finish after Chelsea failed to clear a corner—before Olivier Giroud stabbed home from two yards after Alisson had originally saved Willian’s effort.

The second half barely slowed down at all, with Trent delivering an incredible cross to Bobby Firmino, who headed home his first Anfield league goal of the season.

Christian Pulisic then brought out a superb individual run to tee up Abraham for another for Chelsea, before scoring a fiercely struck effort himself.

Just when it looked as though the Blues would push for the point they needed to secure a Champions League spot, Andy Robertson sprinted about 70 yards down the left and delivered a cross to which Alex Oxlade-Chamberlain thumped home to seal the points.

A brilliant game, a deserved win…and onto the trophy afterparty!