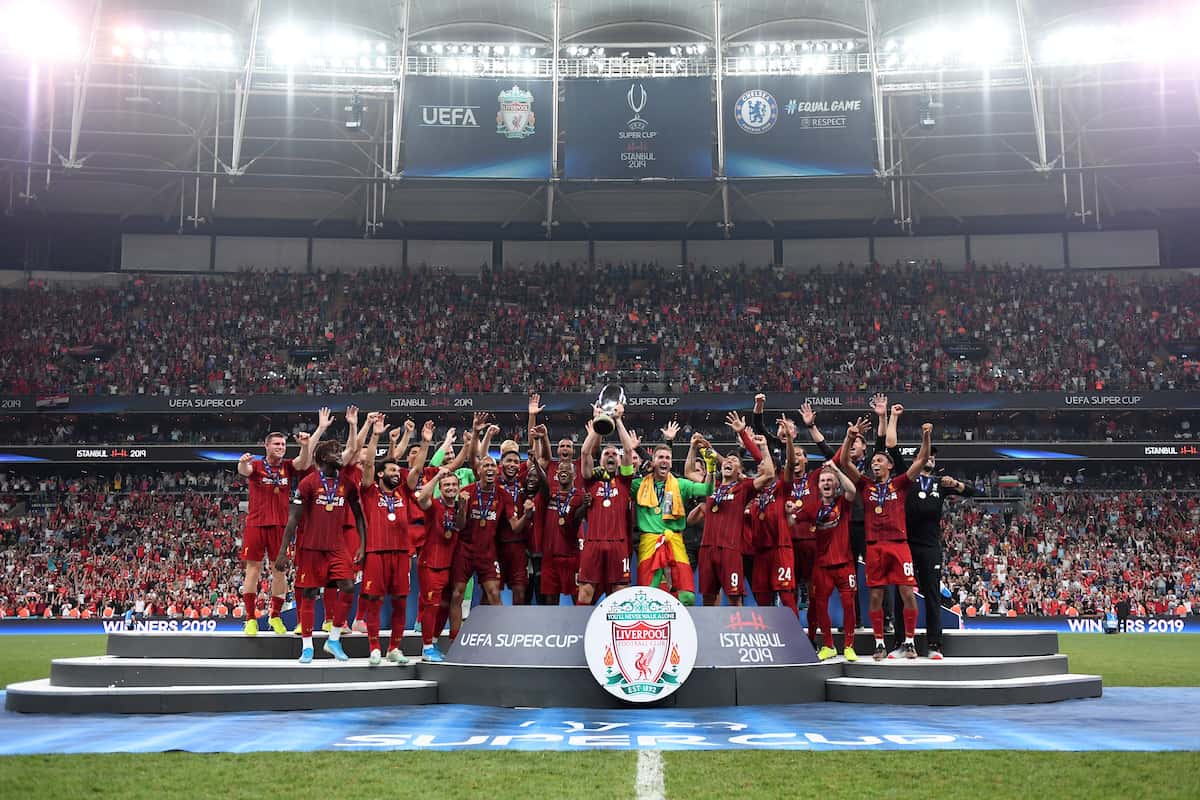 Liverpool will collect the Premier League trophy at Anfield after their final home game of the season on Wednesday night, and it will all be available for free to watch on UK TV.

The match against Chelsea, Liverpool’s penultimate Premier League game of the 2019/20 season, kicks off at 8.15pm BST at Anfield.

With full time shortly after 10pm, the presentation of the trophy is expected to be around 10.30pm (BST).

The trophy will be presented to captain Jordan Henderson by Kenny Dalglish on a specially constructed podium on The Kop, with a huge pyrotechnics display at the stadium.

The match and trophy presentation will be live and free on Sky TV in the UK, being shown on Sky Sports Main Event, but also on Sky Pick.

Note: The trophy presentation is listed as a separate show, starting at 10.30pm, so if you’re recording make sure to record that, not the game.

Match highlights will be available online shortly after full time (see thisisanfield.com) and on Match of the Day at 10.45pm (BST) on BBC One.

Full video from the presentation at Anfield, plus all the photos, reaction and more will be on This Is Anfield throughout the evening.

It’s set to be an emotional night at Anfield, 11,040 days since Liverpool last collected the trophy as the Champions of England, back in 1990.

* To get the official ‘CHAMPIONS’ souvenir programme for the match, click here to order from the official LFC store.