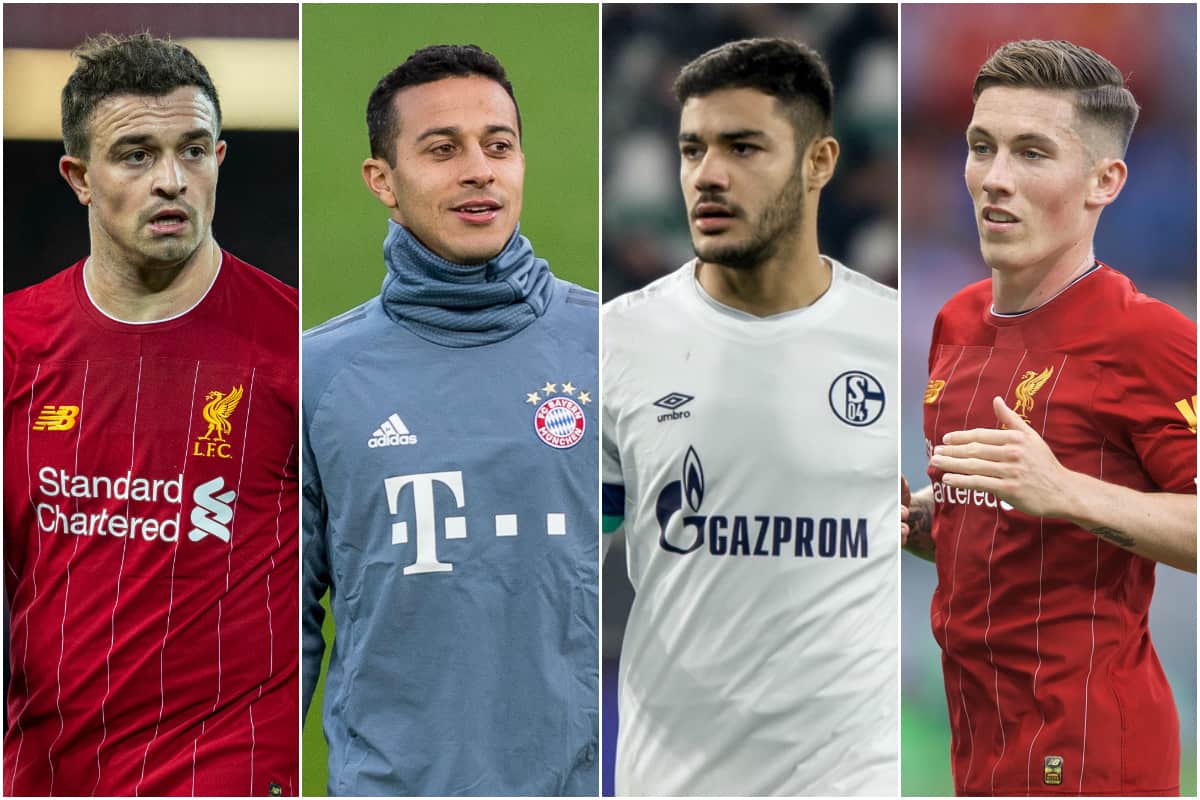 Liverpool have already seen three senior players leave the club as the transfer window makes its delayed start, and more signings, sales and loans are set to follow.

The Reds confirmed on Monday that Dejan Lovren had joined Zenit St Petersburg on a permanent deal worth a reported £10.9 million, with the centre-back believed to have signed a three-year contract.

Lovren follows Adam Lallana and Nathaniel Clyne out of the club, with the pair among those to depart on the expiry of their deals, as with Pedro Chirivella, who has joined Ligue 1 side Nantes.

With the transfer window opening on July 27 and the new season starting on September 12, there is likely to be more activity in the days and weeks to come.

So what can we expect from Liverpool in the summer transfer window?

As Jurgen Klopp has repeatedly stressed, there is real uncertainty over how much Liverpool can and will spend in the transfer market.

“This time will hopefully bring clarity about the future, and then we will make our decisions.”

That has not stopped speculation over a move for Bayern Munich midfielder Thiago Alcantara, about which there has still been no denial from the Merseyside press.

Bayern are said to value the Spaniard at £36.4 million, with the Reds hoping to pay closer to £22.7 million, while it has been claimed that personal terms have already been agreed with a player who could add world-class quality.

Given how the Timo Werner deal fell through, of course, any rumours over a deal for the 29-year-old should be taken with a pinch of salt for now.

Elsewhere, Liverpool are likely to seek a replacement for Lovren despite the promise of Sepp van den Berg and Ki-Jana Hoever.

Brighton‘s Ben White, who shone on loan as part of Leeds‘ Championship-winning side, and Schalke’s Ozan Kabak have been mentioned as targets.

Bournemouth‘s Lloyd Kelly and Norwich‘s Jamal Lewis have also been linked as the Reds consider signing cover for Andy Robertson at left-back.

Given the uncertainty of the market it is difficult to gauge how else Liverpool could strengthen, but it would be sensible to suggest a versatile attacker is also on the agenda.

Lovren’s move to Zenit has reinforced the belief that, despite the impact of coronavirus on the finances of football, Liverpool can still secure deals for their unwanted players this summer.

Loris Karius is one of the most prominent names among that group, with the goalkeeper currently in limbo following the termination of his loan spell with Besiktas.

As it stands, Karius will return for pre-season training in mid-August, but with Montpellier among the clubs interested, Liverpool can be hopeful of agreeing a deal worth around £6 million before then.

Marko Grujic, Harry Wilson, Sheyi Ojo and Nat Phillips could also be available following the end of their loans, and the club could look to raise significant funds if they are sold.

Grujic and Wilson will be particularly in-demand, with Hertha Berlin interested in signing the Serbian on a permanent basis after two seasons at the Olympiastadion so far.

Xherdan Shaqiri should also be available for the right price, with Newcastle linked, while bids would be considered for Divock Origi.

Taiwo Awoniyi could also be sold, with Mainz interested, while similarly, Hull manager Grant McCann has expressed an desire to keep Herbie Kane, but the Tigers’ relegation to League One could rule that out.

Ovie Ejaria is one whose exit is already set, though Reading have hinted they do not have the funds to complete his £3 million switch despite agreeing on the deal last summer.

Finally, Yasser Larouci is set to move on having turned down the offer of a new contract, with the 19-year-old attracting both Leeds and Brentford as he seeks a pathway into first-team football.

Liverpool will continue to utilise the loan market to clear out a well-stocked squad and give their promising youngsters a taste of senior football.

Of the latter group, Caoimhin Kelleher is one of the most interesting, with the Irish goalkeeper gaining considerable experience as part of the first team over the past two seasons, but is now needing to hone his craft on matchdays too.

A move to the Championship is likely, while Kamil Grabara could either return to fill Kelleher’s role as Klopp’s third-choice goalkeeper or spend another season out on loan too.

Adam Lewis is poised for his first taste of the Football League after signing a new long-term contract, while Rhys Williams could head out again after impressing with Kidderminster Harriers in the sixth tier.

Kane may be required to spend another season on loan, as is likely the case with Ben Woodburn after an injury-hit campaign with Oxford United, who are eager to extend his stay.

Liam Millar is expecting a move to the Championship, while Awoniyi and Anderson Arroyo could be in line for another stint in Europe due to their work-permit issues.

None of Neco Williams, Curtis Jones or Harvey Elliott are set to leave on loan, as they are firmly part of the first-team squad, and it could be that Rhian Brewster also returns to take up a role in Klopp’s side.

Brewster is already the subject of a number of enquiries due to his form with Swansea, and if another loan is deemed right for his development the 20-year-old should not be short of suitors.

There may be more movement in the loan market too, with Morgan Boyes, Tony Gallacher, Elijah Dixon-Bonner, Liam Coyle and Luis Longstaff among those who could feasibly leave.

One or both of Van den Berg and Hoever could even head out to gain experience if they are considered not yet ready to play first-team football at Anfield.