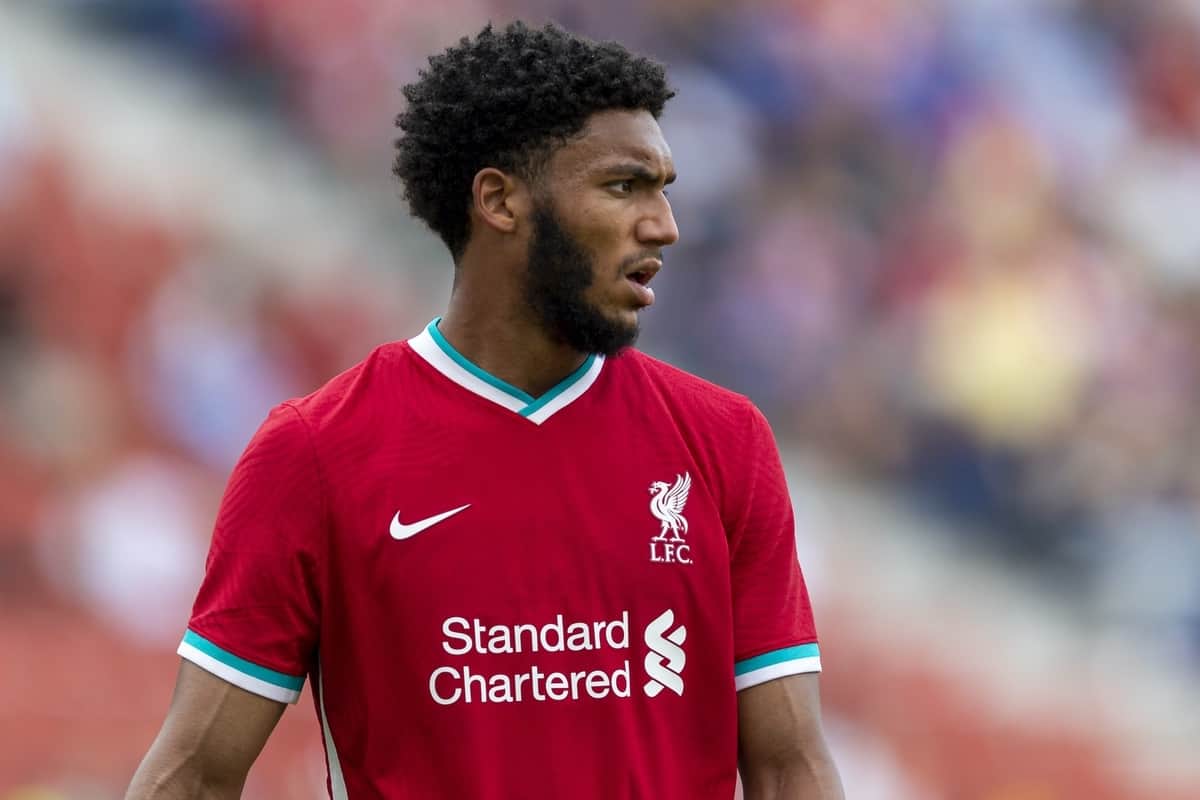 Joe Gomez believes Liverpool have the mental strength and depth in their ranks to be “ready to go” as they begin their Premier League title defence on September 12.

The Reds were given just over a month off prior to their first game of the new season, with 34 days between the end of the last league campaign and Saturday’s Community Shield.

Friendlies against Stuttgart and Salzburg allowed Jurgen Klopp‘s side to prepare for that clash, but ultimately Arsenal emerged victors through a penalty shootout at Wembley.

But with Leeds due to visit Anfield to kick off the new Premier League season, Gomez insists he and his team-mates will be “hungrier than ever” after achieving their status as champions.

Speaking to the club’s official website, the centre-back explained how Klopp outlines that “it’s a mental battle more than physical half the time,” and that he feels the squad have the mindset to hit the ground running.

“Obviously it was a short break and then we had the restart and then the period when we switched off for a couple of weeks and that was that,” Gomez said.

“But I think more than anything, the gaffer instils in us that it’s a mental battle more than physical half the time.

“So we’ll be ready and we have a squad full of quality to rotate when needs be.

“The main thing is, mentally we are ready to go. And I think everyone is hungrier than ever.”

That hunger is boosted by further competition for places, with Naby Keita and Takumi Minamino growing in importance and Kostas Tsimikas brought in to challenge Andy Robertson at left-back.

Keita and Minamino produced game-changing cameos in the Community Shield, and this is a prime example of the strength in depth Gomez feels will be vital in 2020/21.

“The quality coming off the bench showed that, and they brought a real bright spark into the game,” Gomez said.

“That’s going to be so important for us this year.

“We’ve always had such a strong squad but I think now more than ever and hopefully we can use that and I think everyone will play their part.”

It can certainly be argued that the Reds could benefit from further additions, including in Gomez’s position following the departure of Dejan Lovren to Zenit St Petersburg.

But the work of the club’s psychologist, Lee Richardson, along with Klopp himself, is clearly paying dividends as Liverpool find themselves in the mood to attack the next title.