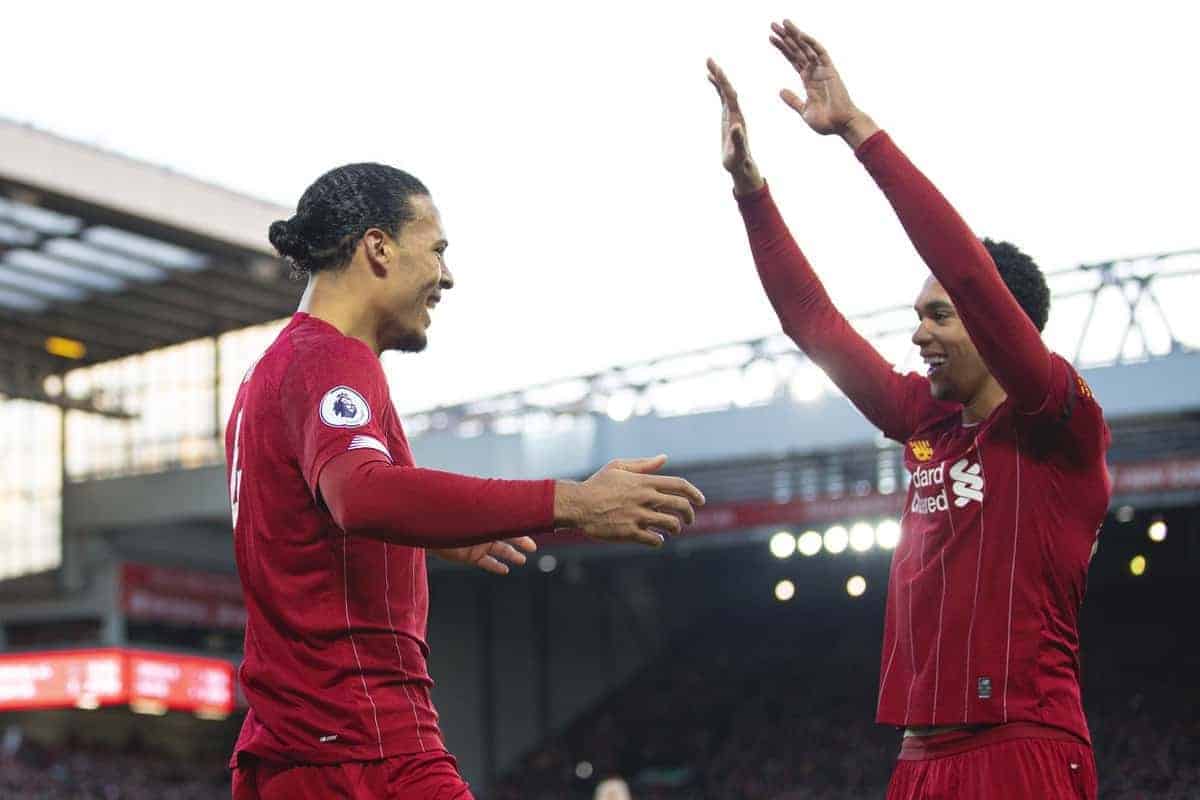 The Premier League season is over and with it fantasy football, which was another to remember for a member of Liverpool’s title-winning side.

Whether you are a religious updater or you forget about it after the first matchday, Fantasy Premier League continues to provide the perfect competitive platform.

Over 10 million people worldwide sign up to try their luck and assemble a dominant side each and every season.

But in terms of domination of an all-time fantasy XI, Liverpool have the bragging rights as they now have five players settled into the side.

And Trent Alexander-Arnold is the latest to join the party after yet another impressive season which saw him feature in all 38 Premier League games, for a return of four goals and a record-breaking 13 assists for a defender.

His run of form saw him collect a total of 210 fantasy points, the fifth-most of any player in the division, behind only Kevin De Bruyne, Mohamed Salah, Sadio Mane and Jamie Vardy. 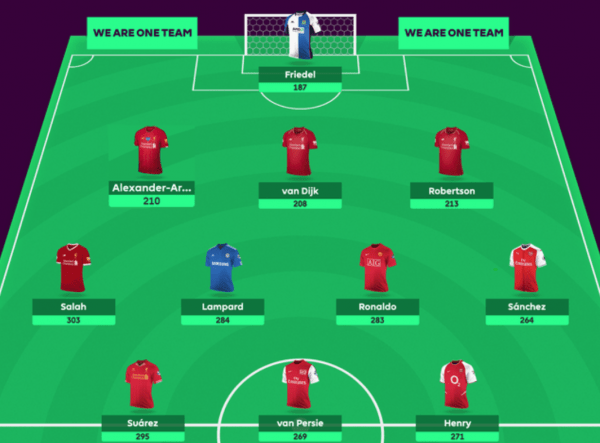 A whopping 39.1 percent of users selected him for their side, and for good reason, with the points tally now seeing him occupy a place in the all-time XI as a member of a defensive trio.

One which is a familiar one, with Virgil van Dijk and Andy Robertson occupying the final two spots following stunning 2018/19 campaigns which returned 208 and 213 points respectively.

They are joined by Mohamed Salah of 2017/18, his maiden season at Liverpool which saw him net a remarkable 32 goals in 36 appearances returned 303 points – the most of any member of the all-time XI.

And finally, Luis Suarez from that season (2013/14) occupies the right-sided position of the front three after collecting 295 points from a 31 goal season.

The next best tally of representatives is three, for Arsenal, with Man United, Chelsea and Blackburn also present from seasons as early as 2002/03.

But the Reds’ presence is hardly surprising considering their formidable run of form in recent years, meaning they could see their value rise for next season’s edition.