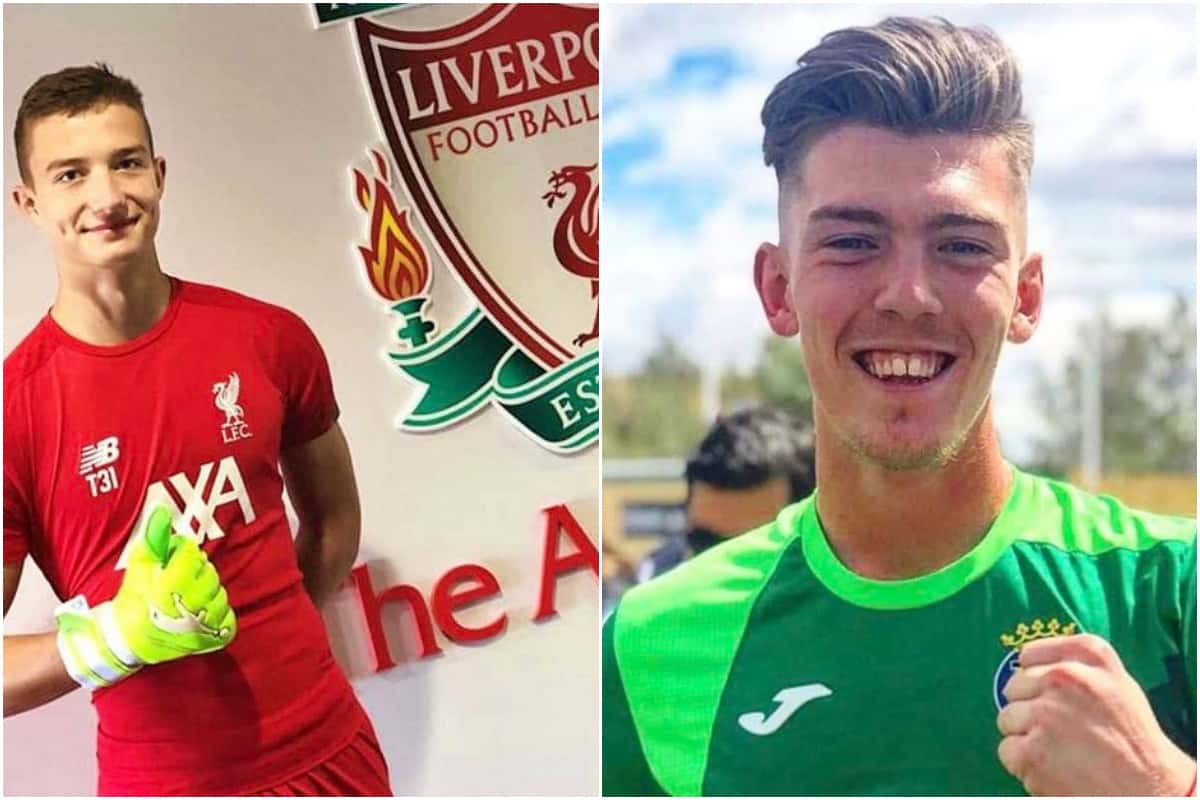 Liverpool have already signed one young goalkeeper this summer, and they could be set to add another in Javi Cendon. So what is their plan with a stockpiled group?

The role of the goalkeeper is an inherently lonely one.

For Liverpool, that is undoubtedly Alisson, while behind the Brazilian in the pecking order is Adrian, and below him is a product from the academy, Caoimhin Kelleher.

Kelleher has graduated from his role with the under-23s to serve as first-team understudy, and last season made four appearances in all competitions, while this campaign could see him head out on loan.

Beyond the Irishman, there is a growing crop of talented stoppers in the club’s youth ranks, with the latest to be trialled being Cendon, the ex-Villarreal ‘keeper who is currently training with Jurgen Klopp‘s senior squad.

The club are currently weighing up whether to offer the 19-year-old Spaniard a permanent contract, but if they do, he will become the second youth goalkeeper to join the Reds this summer.

Fabian Mrozek has already arrived from FC Wroclaw, with his move becoming official in July, and remarkably the 16-year-old is the third Polish player in his position on the books. 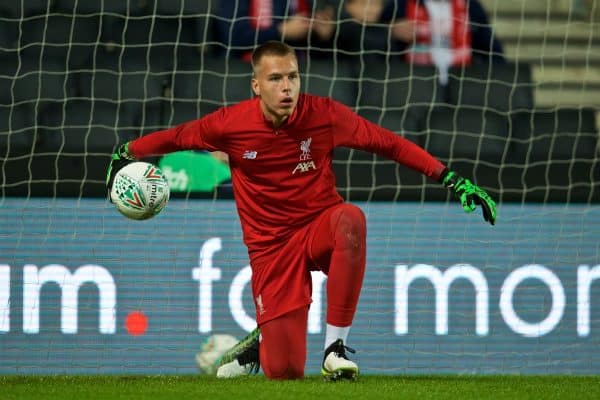 He follows Kamil Grabara (signed in 2016) and Jakub Ojrzynski (2019), while elsewhere Czech youngster Vitezslav Jaros (2017) and ex-Blackburn ‘keeper Ben Winterbottom (2019) have also been brought in over the past four years.

Harvey Davies and Oscar Kelly are among the homegrown options coming through at the academy, with the Reds clearly well-stocked between the sticks.

But due to the nature of the role, there is “no guarantee” these youngsters will end up playing for the club, as an ‘Anfield source’ told the Liverpool Echo.

The unnamed source, likely a close associate of the academy, explained that these incomings are designed to produce a “good standard” in the youth ranks, with the “vision for the club” to allow these players to “thrive and improve.”

It is a gamble for the players themselves, as competition for places will see one or two share the majority of games between them at under-23 and under-18 level respectively, but it is a productive situation for Liverpool as they battle for their place.

With the U23s, it is likely that if Cendon is signed he will challenge Jaros and Winterbottom for the No. 1 spot, while with the U18s it could be Mzorek who puts pressure on Ojrzynski.

There being “no guarantee” a player will end up featuring for Liverpool is a scenario familiar to players like Grabara, who is due out on loan again this summer, along with Dan Atherton, Shamal George and Kai McKenzie-Lyle, who were all released at the end of June.

There is an element of arrogance that is required from a top-level goalkeeper, however, and for any of these youngsters to eventually succeed Alisson it will take fighting off their fellow stoppers at academy level first.

So while the news of Cendon’s trial with Liverpool was greeted by cries of ‘another one?’, there is clearly a plan in place for Liverpool’s many young ‘keepers.