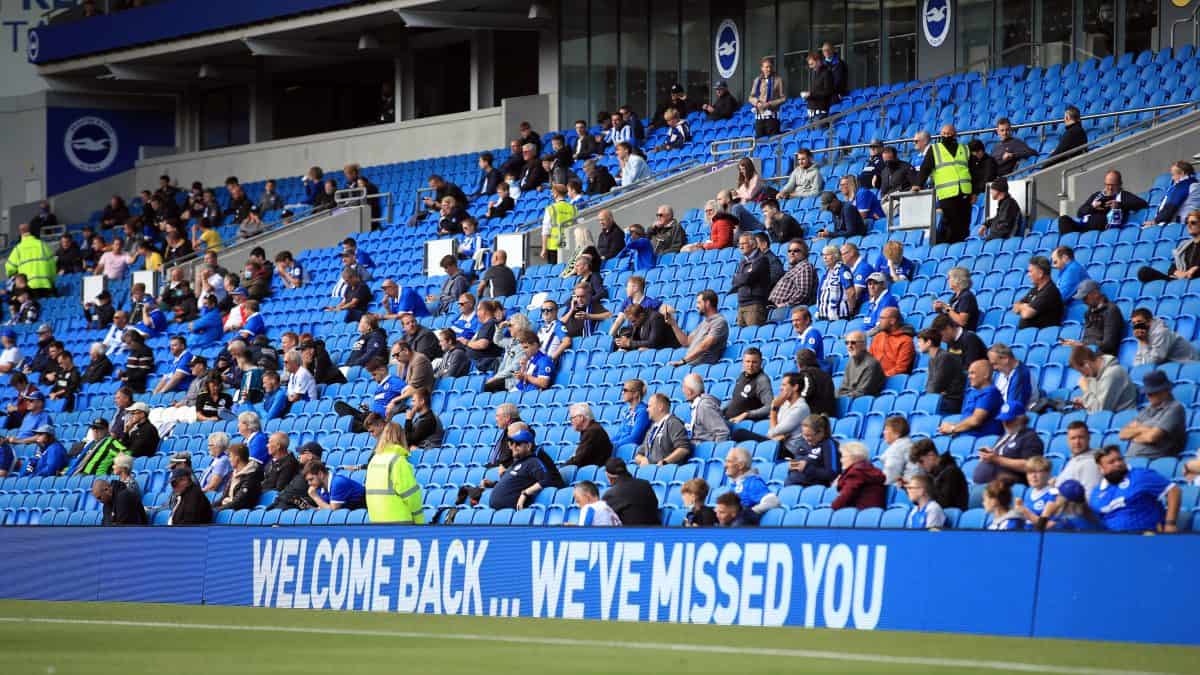 The Premier League say they want stadiums packed with fans “as soon as possible” after a successful trial saw 2,500 attend a Brighton vs Chelsea friendly.

Naturally, any and all statements of intent are caveated at this stage by the ‘safety’ aspect, and the Premier League‘s declaration was no different.

But a first trial which went well by all accounts paves the way for more games to welcome back supporters in the near future.

Liverpool haven’t had fans at Anfield since the Champions League exit to Atletico Madrid, over five months ago.

But the prospect of that being on the agenda once more seems one step closer after limited Brighton fans, from the club’s loyalty programme, were allowed in for the friendly after undergoing temperature checks and agreeing to socially distant seating.

The league’s CEO, Richard Masters, said the trial showed they way forward and expressed the next steps of the plan.

? A closer look at safety measures in place as @OfficialBHAFC welcomed ? fans for their friendly against Chelsea today pic.twitter.com/PwNdSiv702

“The success of having 2,500 supporters in the Amex was very encouraging and we are committed to having full stadia as soon as possible, with safety always our priority. We are working hard alongside our clubs, the Government and the safety authorities to achieve this.”

Liverpool, of course, have already played one game in front of a handful of fans.

Our second friendly in Austria, against RB Salzburg, had a similarly limited number of home supporters able to cheer on their team—and the Austrians had two quick goals to celebrate before an eventual 2-2 draw.

Next for the Premier League is involvement in a new Sport Tech Innovation Group, set up by the UK government, which is tasked with finding ways that technology can help get more supporters back inside stadia.

Premier League clubs’ ability to handle safety protocols and not see further outbreaks of coronavirus within their bubbles gives optimism that larger scale gatherings will be similarly well-managed.

“We know, through the success of delivering Project Restart last season, that Premier League clubs can provide safe environments and we are looking forward to welcoming back supporters to all our grounds as quickly as possible,” continued Masters.

The current guidance is that October is the date for fans to get back into grounds in the top flight.

That’s still subject to review though, and it may be that top-flight clubs are allowed to offer their grounds for further trials now.

If so, don’t be surprised to see Liverpool and Anfield utilised, as the Reds will be keen to show they can handle the returning crowds, particularly keeping in mind the fact that, somewhere down the line, a full-scale title trophy party is still in waiting.