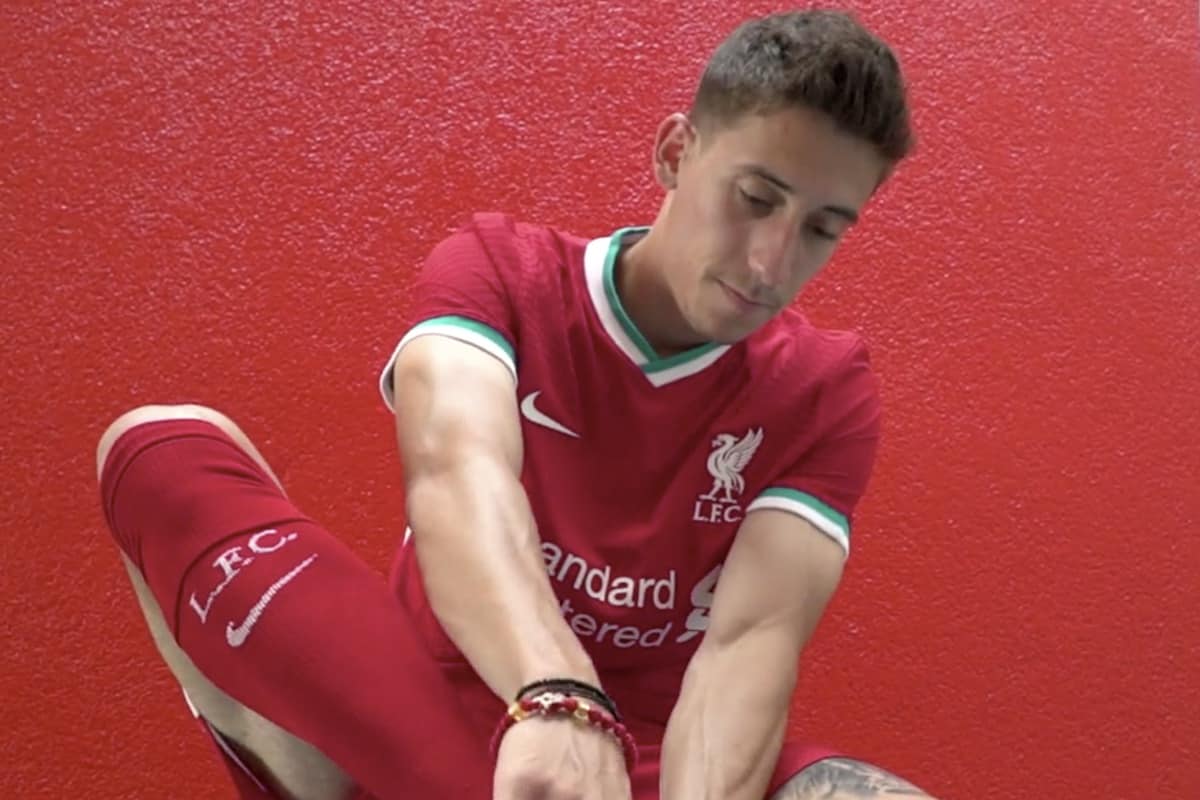 Liverpool have added Kostas Tsimikas to the fold, and the numbers behind his performances show why he is the left-back the Reds gave the green light to.

The search for a backup left-back took Liverpool far and wide, with the position made a priority with no like-for-like specialist behind Andy Robertson.

As we know, Norwich‘s Jamal Lewis appeared to be the target of choice but the lofty fee demands proved a hurdle too great, and Tsimikas had now arrived for a fee in the region of £11.75 million.

While publicly the deal came out of left-field over the weekend, the Reds have been scouting the Greece international for three years and now the Olympiakos defender is Anfield bound.

And Tsimikas, 24, bears a number of similarities with Robertson, with his pace and drive characteristic of the Scot’s play in addition to his eagerness and creativity in the forward third.

The Athletic’s Tom Worville analysed his output through smarterscout, where his desire and ability to carry the ball is an obvious highlight, one which is key for any Klopp full-back.

Speed and acceleration are two of his major attributes which aid his eye for attacking thrust, with his carry and dribble ranking higher than that of Robertson (97 to 61), but his sample size in 2019/20 is smaller by 783 minutes:

Liverpool are in talks to sign Olympiakos left-back Konstantinos Tsimikas for €13m. @JamesPearceLFC and @Worville highlighted Tsimikas as a suitable back-up for Andy Robertson a month ago https://t.co/JAFc8nYdoz pic.twitter.com/k7IBYd5mED

He set up seven goals in 46 appearances last season and is a willing crosser into the box, where his xG from ball progression matches up nicely with Robertson (88 to 93).

While more than capable going forward, Tsimikas is also strong in the challenge with his tackling ability rated 88, 54 higher than Robertson, while ball recoveries and interceptions are 83 to 90 in the Scot’s favour.

One area for improvement, however, is his possession retention, with the abovementioned analysis rating his ball retention abilities at 35 compared to Robertson’s 67, as Liverpool funnel a significant proportion of their possession through their full-backs.

But at 24, there is still a lot of room to develop and build on his existing strengths which line up with the Reds’ style of play.

Acquiring a specialist left-back as cover with over 130 senior career appearances is a welcome move, with the Reds having visibly struggled to pose a constant threat from left-back in Robertson’s absence.

And while the Scot is the undisputed first choice, Tsimikas’ skillset ensures he can offer competition for the spot which will no doubt push both players to greater heights.