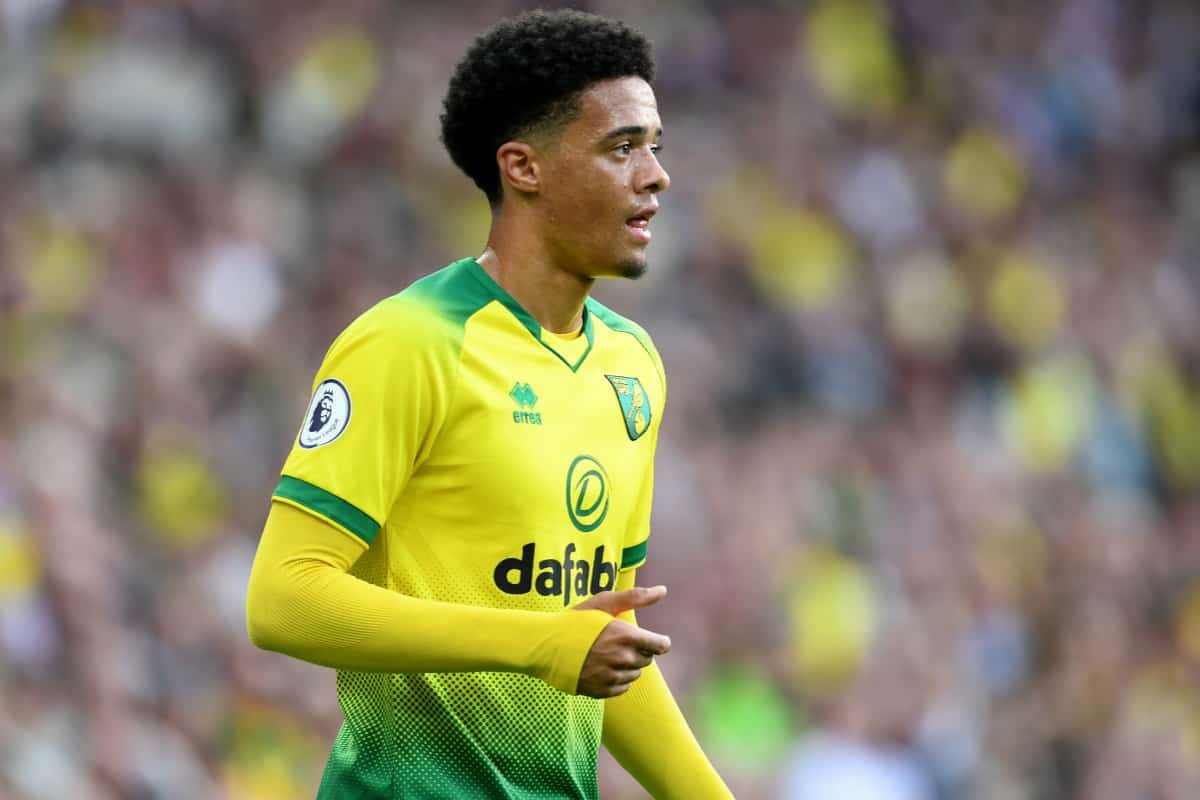 Jamal Lewis has emerged as the front runner to act as deputy to Andy Robertson next season, with Liverpool having already seen a bid for his services rejected by Norwich.

A specialist left-back to act as cover for the Scot has become a priority for the Reds this summer and a shortlist of candidates had been curated, with Lewis topping the pile.

A £10 million offer was submitted and subsequently rejected on Thursday, with Norwich holding out for more for their 22-year-old starlet following their relegation to the Championship.

When and if Liverpool’s next offer is deemed acceptable is yet to be seen, but the player “has his heart set on a move to Anfield.”

He would be the club’s first signing in what is expected to be another quiet summer, and with the Reds seemingly eager to get a deal over the line quickly, questions are rightly emerging over what the youngster can bring to the team.

So what can Reds expect from Lewis should he switch Carrow Road for Anfield this summer?

To get the lowdown on Lewis and what he could bring to Liverpool, This Is Anfield spoke to My Football Writer’s Gary Gowers (@Gary_Gowers).

What type of left-back would you describe Lewis as?

I want to say ‘swashbuckling’ but that’s not quite true. He does like to attack and is definitely happier in the opposition’s half than his own, just as he’s happier going forward than backpedalling, but in doing that he’s quite measured.

He picks and chooses when to stay and when to go. What you won’t see him do – or at least we haven’t – is bomb down the outside on the overlap and whip in a cross to ‘an area’.

Under Farke that’s not really what we do, and he invariably makes ground, checks back, and plays a simple pass to a supporting midfielder.

Part of the reason, I guess, is that we rarely have many bodies in the box (just Pukki usually), so it could be that Klopp will ask him to play a different way and he’ll adapt accordingly.

He strikes me as a thinker and one who listens and learns.

There have been comparisons drawn with Robertson, so would you say they are similar?

Don’t get me wrong, I think he’s a great player but, for me, he’s not quite ready to cover if, say, Robertson was injured in the first game of the new season.

In terms of style, yes, there are similarities in that they both like to push on and join in. I can’t comment on his delivery of crosses and set pieces because it’s not a part of his game we’ve seen loads of.

Does he have the potential to cover other positions, as suggested in some quarters?

Hmm…not sure who told you that. I think he slotted into the left side of a back three on a few occasions last season but not for long enough to call himself a centre-back.

He may well be Mr. Versatile but I’ve not seen any evidence of it.

Has he shown the mentality required to play at a club like Liverpool, and as a squad player?

Well, he’s a smart lad and, as I said earlier, an eager learner, which is a good start. He’s also relatively calm and unflustered, which also helps, so, yeah, I don’t think he’d be phased by playing for a club like yours.

Nothing has fazed him so far, and don’t forget he’s played 12 times for Northern Ireland so I see no reason why he wouldn’t adapt to life with a European giant – as I’m sure you see yourselves.

And finally, do you think this would be the right move for Lewis?

I think it would be a dream move for the lad and for his agents. I’m not sure how many games he’ll play and if it’s game time he’s looking for he’d be better off going to a middling Premier League team, but chances to play for European champions don’t come along too often I guess.

I think it would be a decent move for him. We’d obviously be gutted to lose him but would wish him well.