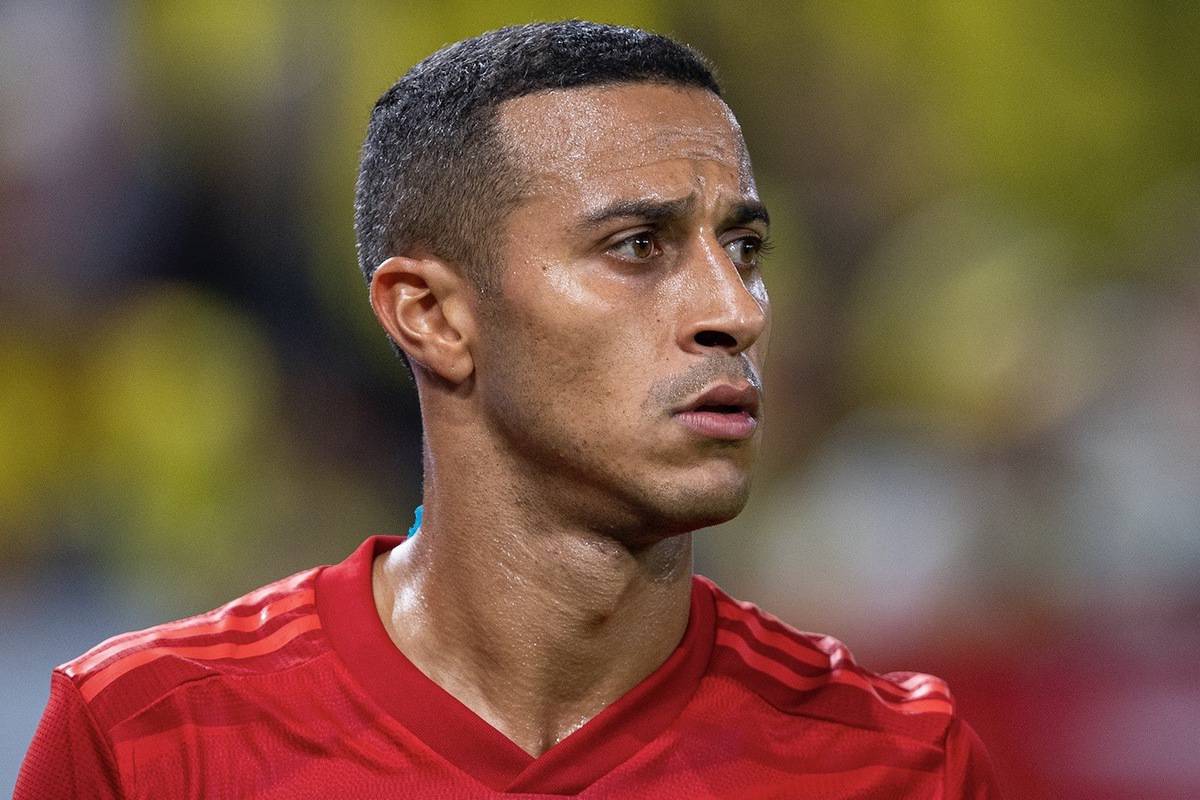 Liverpool are claimed to have agreed a four-year deal with Bayern Munich midfielder Thiago Alcantara, but any move will not be finalised until the Champions League ends.

Bayern surged to the semi-finals of the Champions League with an incredible 8-2 thrashing of a broken Barcelona side on Friday night, with Philippe Coutinho scoring twice against his parent club.

That win saw Thiago produce another outstanding display in the engine room, with more touches (84) and passes (74) than any other player, and a pass success rate of 96 percent.

It sets up a semi-final against Lyon on Wednesday night, following the Ligue 1 side’s 3-1 victory over Man City, with Bayern favourites to reach next Sunday’s final.

Liverpool are not expected to make a concrete move for Thiago until after the Bundesliga champions’ run in Europe is over, with BILD‘s Tobi Altschaffl corroborating reports of a four-year contract being agreed on Sunday.

RMC Sport’s Mohamed Bouhafsi, who has a strong track record when it comes to reporting transfers, claimed earlier in the day that a deal had been agreed between the Spaniard and his prospective new club.

Bouhafsi added that Thiago had already found a house in the Merseyside area and told some of his team-mates he will be leaving for England.

But the crucial line, as echoed by Altschaffl, is that “Liverpool and Bayern must finalise the deal,” with the Munich club believed to be seeking a fee of around €30 million (£27.2m).

It makes sense that the Reds would not make a move for Thiago, at least publicly, until after Bayern’s Champions League campaign concludes.

That would risk unsettling the player and would certainly not benefit Bayern, who will be eager for their No. 6 to maintain his focus on winning the European Cup for the first time since they beat Jurgen Klopp‘s Dortmund in 2013.

This may also explain why talk of a deal for Thiago is so muted in England, with club sources not willing to divulge any details to journalists on Merseyside.

Reports of a possible switch have largely centred around ‘what ifs’ rather than any emphatic declarations of ‘interest’ or ‘no interest’, which has only stoked the fires further.

Journalists outside of England have been more outspoken, with claims Liverpool have agreed personal terms with the 29-year-old stemming from a variety of sources.

While there remains doubt over whether the club would be willing to spend around £27 million on a 29-year-old with a year left on his contract, there could well be developments in a possible deal after August 23.