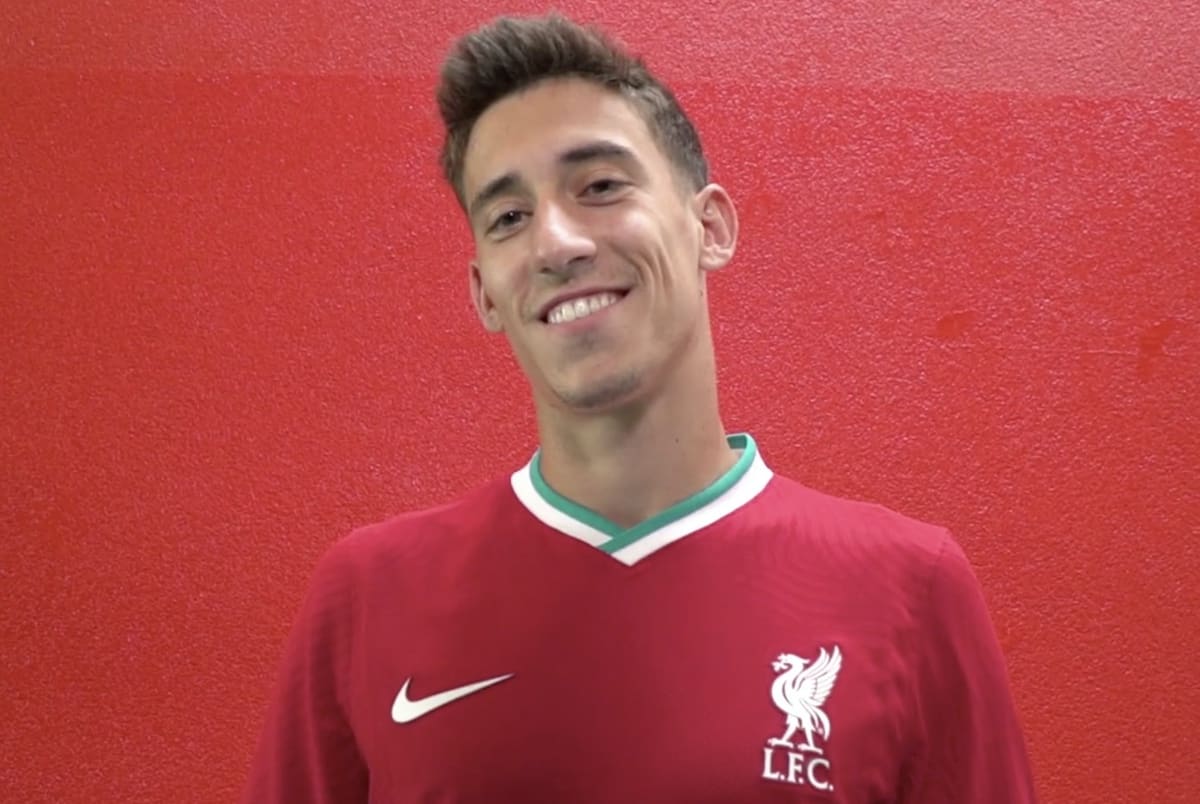 Liverpool have completed the signing of Kostas Tsimikas from Olympiakos, with the left-back moving for around £11.75 million. But who is the Greek defender?

The Reds confirmed the arrival of Tsimikas on a long-term deal on Monday night, with the 24-year-old becoming the first signing of the summer.

A deal was agreed with Olympiakos on Sunday, with Tsimikas then flying to Merseyside to undergo a medical and finalise terms on a contract that is reported to run until 2025.

With pre-season then set to begin on August 15, the Greek will join up with his new team-mates at Melwood to prepare for the season as champions.

It is a move that has come out of the left-field, and less is known of Tsimikas than other players linked with Liverpool in the summer transfer window.

So here’s all you need to know on Tsimikas and what he can bring to Anfield.

Who is Kostas Tsimikas? 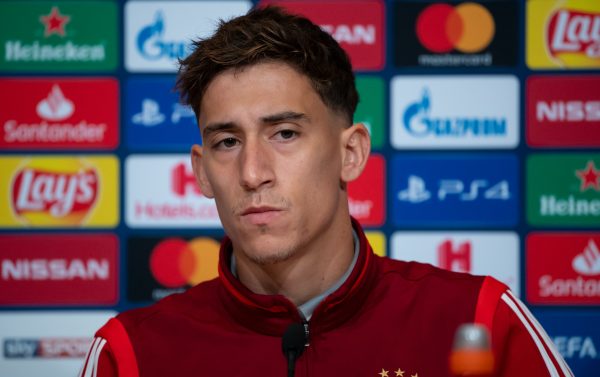 Tsimikas joined Olympiakos in 2014, having come through the ranks at Neapoli Thessaloniki and Panserraikos as a youth, and made his debut in the Greek top flight a year later.

That came against AEL Kalloni, replacing Omar Elabdellaoui for a 16-minute cameo in a 2-0 win; a quiet start, perhaps, but one that gave the left-back hope.

“I am very happy, because my efforts are rewarded,” he reflected after the game.

“From here on, I will work very hard so that I can establish myself and help the team.”

It took Tsimikas another two-and-a-half years to settle as a regular starter in Piraeus, instead cutting his teeth in loan spells with Esbjerg in Denmark and Willem II in the Netherlands.

Scoring on his debut with Esbjerg he announced himself in style, but it was his time with Willem II that saw him really make strides as a senior professional.

There, he played 37 times in 2017/18, scoring six goals and laying on four assists, before returning to Olympiakos to challenge Leonardo Koutris for starting duties.

Last season was when he finally made the starting spot his own, and manager Pedro Martins was rewarded with an impressive campaign that saw Tsimikas register seven assists in 46 games.

Olympiakos went unbeaten in the Super League, with only one defeat in the top-six playoffs securing their status as champions for the 45th time.

They also took on the likes of Tottenham and Bayern Munich in the Champions League, and after dropping out at the group stage they overcame Arsenal in the Europa League before a 2-1 aggregate defeat to Wolves in the last 16.

The second-leg loss at Molineux on August 6 proved to be Tsimikas’ last game for the club.

Tsimikas is an attacking full-back with many similarities to Andy Robertson, the player he arrives to serve as backup to at Liverpool.

He has a strong standing tackle, winning 72.3 percent of his challenges on the ground in the Champions League and Europa League last season, and is quick to nip in and intercept passes in the defensive third.

Most impressive, however, is his ability to get up and down the pitch at speed, boasting a strong engine that allows him to push forward with the same relentless drive as Robertson.

His underlying statistics, as highlighted by The Athletic‘s Tom Worville using smarterscout data, show him to be a real force moving into the final third:

Liverpool are in talks to sign Olympiakos left-back Konstantinos Tsimikas for €13m. @JamesPearceLFC and @Worville highlighted Tsimikas as a suitable back-up for Andy Robertson a month ago https://t.co/JAFc8nYdoz pic.twitter.com/k7IBYd5mED

His ratings for carry and dribble volume (97 to Robertson’s 61), ball recoveries and interceptions (83 to 90) and xG from ball progression (88 to 93) match up particularly well to Liverpool’s first-choice left-back, while his tackling ability (88 to 34) is noticeably higher.

The eye test shows him to be an intelligent creative outlet, who is able to vary his delivery from the left similar to Robertson—while he seems to prefer a lofted cross to the back post, he is also able to drill it towards the near post.

Interestingly, Tsimikas appears more comfortable cutting inside onto his right foot than Liverpool’s No. 26, drawing a fine save from Arsenal‘s Bernd Leno in the Europa League after shifting into a central area.

He is relatively tall for a full-back, and this could give him an edge in the Premier League, with his attributes suiting the physical demands of Jurgen Klopp‘s system. 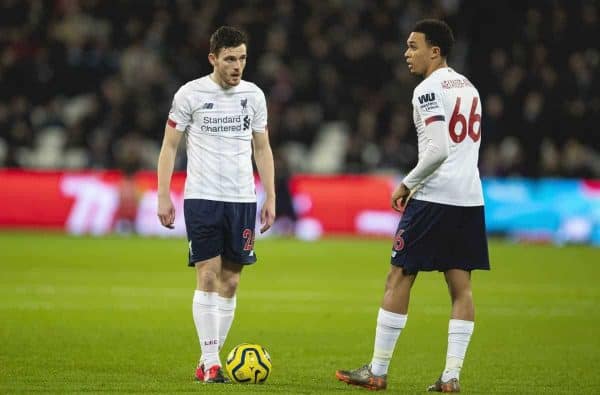 It can certainly be suggested that he would need to improve in possession, however, with smarterscout ranking his retention significantly lower than that of Robertson (35 to 67).

Liverpool rely heavily on their full-backs, with Robertson and Trent Alexander-Arnold regularly seeing the highest percentage of the ball over the course of a game, and wastefulness would therefore be an issue.

But that could be due to his duties at Olympiakos, rather than his weakness as a player, and is an area than can be improved in his time at Melwood.

Why was he on Liverpool’s radar?

It has been widely acknowledged that Liverpool’s interest in Tsimikas began in 2017, while he was on loan at Willem II.

That campaign saw Willem II also sign Pedro Chirivella on a season-long loan, and it was on trips to watch the young Spanish midfielder that Tsimikas caught the eye of the club’s scouts.

Chirivella was likely approached for his recommendation, while the Reds would also have found knowledgable parties in Pepijn Lijnders, manager at NEC Nijmegen in the second half of 2018/19, and Giliano Wijnaldum, who was also a team-mate of Tsimikas’ at Willem II.

Tsimikas was drawn up on a four-man shortlist as Liverpool weighed up their options for a left-back signing, with Norwich‘s Jamal Lewis, Real Madrid’s Sergio Reguilon and Bournemouth‘s Lloyd Kelly also considered.

A failure to agree a fee with Norwich for Lewis led the club to turn their focus to the Greek, who is the oldest of the group but, not turning 25 until next May, has plenty of scope for development.

Given Liverpool’s concerns over the financial landscape in the wake of the coronavirus pandemic, it is telling that the club have opted for more low-profile targets.

Tsimikas’ experience at 24, with 136 senior appearances to his name at club level including title wins and outings in the Champions League with Olympiakos, and a taste of different cultures at Esbjerg and Willem II, makes him a strong addition.

Where will he fit in?

It is clear that Tsimikas arrives as backup to Robertson, and it is encouraging that Liverpool have finally been able to establish specialist cover at left-back.

For too long, Klopp has relied upon James Milner in a position that he can certainly fill when required but is not wholly comfortable in, and with the midfielder now 34, his abilities are best used elsewhere.

Having lost patience with Alberto Moreno, Klopp will now have a dependable option beyond Robertson, who has struggled with fatigue and played through injuries at times.

Robertson is one of the best left-backs in world football, and is hugely reliable in terms of fitness, but the ability to swap him out when required cannot be understated.

Tsimikas will likely undergo the same slow adaptation process as Robertson himself, finding himself on the periphery as he learns to cope with the demands of life at Liverpool, like Alex Oxlade-Chamberlain, Fabinho and Takumi Minamino before him.

But with the Reds again fighting on four fronts in 2020/21, the Greek can expect to play frequently, particularly in the domestic cups and in weeks with tight turnarounds between the Premier League and Champions League.

For £11.75 million, he is a low-cost solution to a long-term problem area for Liverpool, and at 24 he could grow to even challenge Robertson for the starting spot in the future.

It is a win-win signing for Liverpool, and one that adds real depth to Klopp’s squad ahead of their title defence.