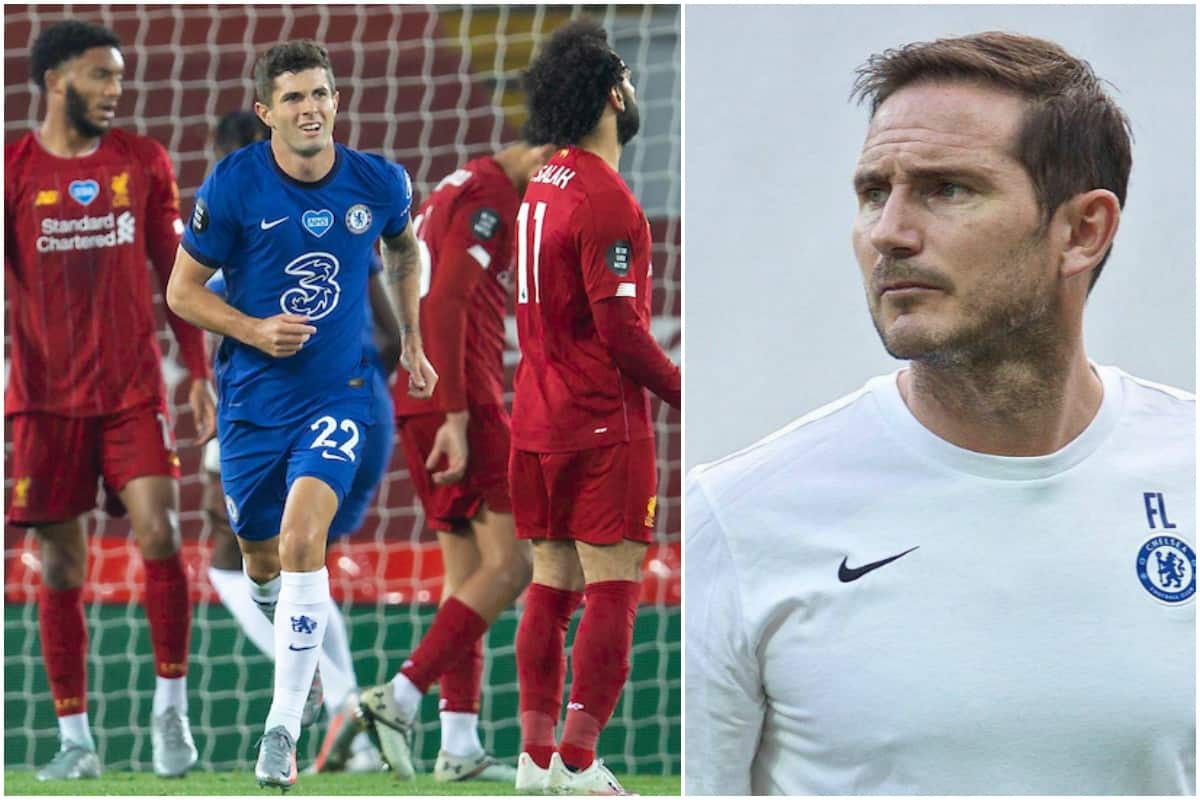 Frank Lampard continues to be left without a host of his new arrivals, with injury ensuring their absence for Liverpool’s visit on Sunday.

The Reds make the trip to Stamford Bridge on Sunday in a healthy condition, with three points already on the board and no new injuries to consider.

Xherdan Shaqiri and Divock Origi both returned to training last week and took part in a secret friendly against Huddersfield the day after Liverpool’s 4-3 win over Leeds, where both Jordan Henderson and Joel Matip made their respective successful returns.

It leaves Jurgen Klopp with a full complement of players to select from, with the exception of Alex Oxlade-Chamberlain, and new arrival Thiago is unlikely to be one of them, for the all-important clash.

The same cannot be said for Chelsea, however, who will remain without three of their new signings in addition to the player who caused the Reds all sorts of trouble in their last meeting in the penultimate game of the 2019/20 season.

In his pre-match press conference, Frank Lampard, who’s side kicked off the season with a 3-1 win at Brighton, confirmed the Blues will be without Christian Pulisic, Ben Chilwell, Thiago Silva and Hakim Ziyech.

Ex-Red target, Timo Werner, meanwhile, is fit to go having shaken off a knock from his debut.

“Chilwell is not ready for the game, neither is Christian Pulisic,” Lampard told reporters. “We hope they’re training and progressing over the next week.

“Hakim Ziyech also not ready, same story. Timo Werner is fit. Thiago has been training for the last three or four days, but Liverpool will come too soon for him.”

The four all missed the opening game of the season, with the latter three all signed over the summer and meaning their debut will not come against Klopp’s men – which provides an early indication that the Blues are likely to set up like they did at Brighton.

The outing is one which has been touted as an early opportunity to make a statement of intent regarding the title and Lampard was complimentary of Liverpool and Klopp amid a rivalry largely peddled by the media.

“Now we take on the best team in the country last season,” Lampard added. “It’s a nice challenge. We did pretty well head-to-head with them last year. It’s a challenge to get three points against a top opposition.

“I have huge respect for [Klopp]. What he’s done at Liverpool was incredible. There’s nothing in it for me. The competitive nature of the 90 minutes can boil over but the respect I have for Klopp will never change.”