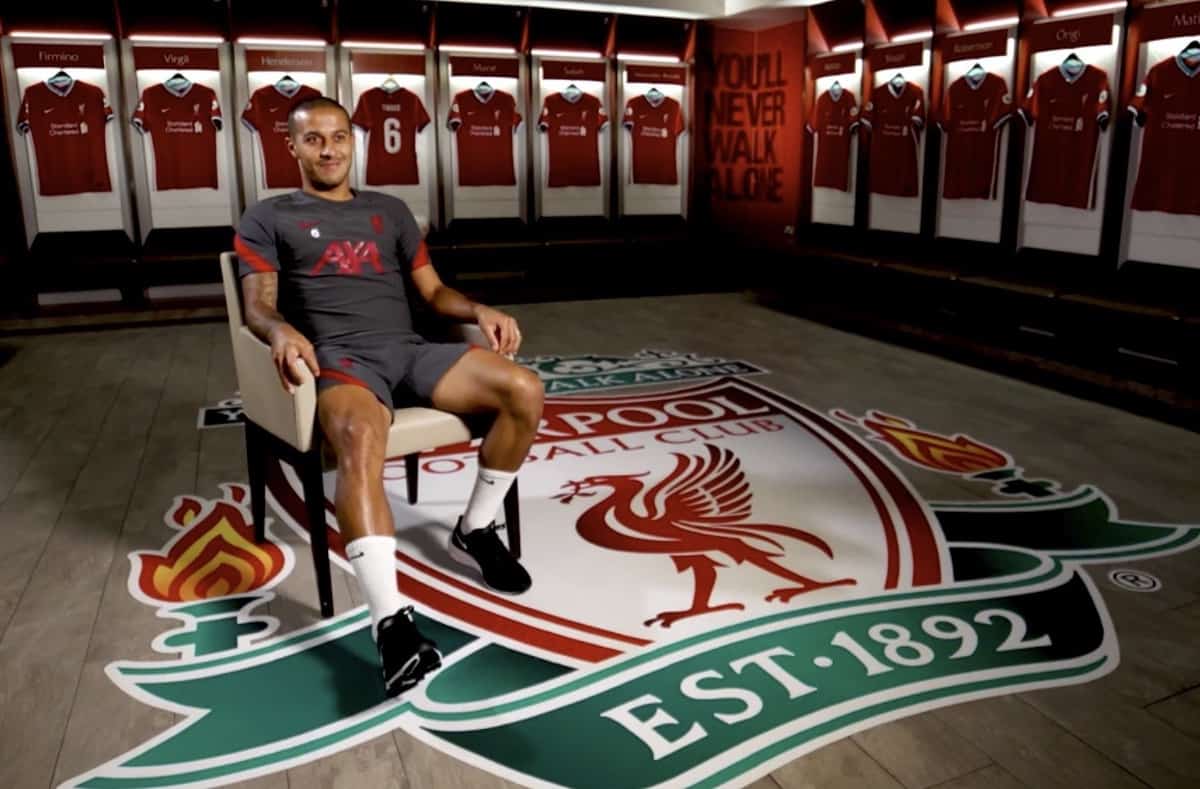 Liverpool’s £25 million deal to sign Thiago Alcantara from Bayern Munich does not only add a world-class midfielder to the squad, but solves a host of other key issues too.

Thiago‘s arrival from Bayern comes after a summer of speculation, with the Reds taking their time in pursuit of the Spaniard as they assessed their financial situation.

With Jurgen Klopp a keen admirer of the 29-year-old, though, Liverpool pushed ahead of a with a move that sees Thiago arrive for an initial £20 million, with a further £5 million negotiated in add-ons.

It is a bargain deal for a player of Thiago‘s calibre, regardless of him being in the final year of his contract at Bayern and turning 30 in April.

This is even more so because it addresses a number of other issues within Klopp’s squad, and not just in the middle of the park.

Gini, what now then? 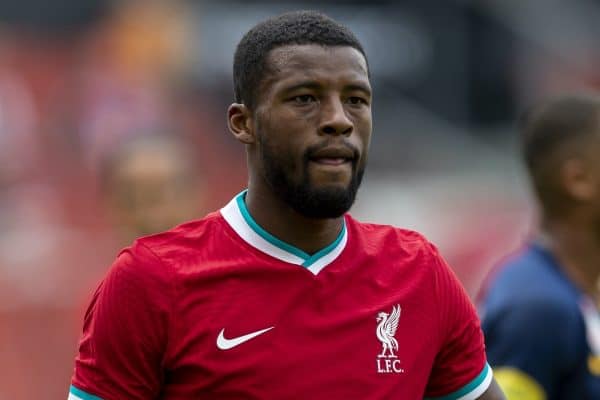 In the weeks leading up to Liverpool’s eventual approach for Thiago, it was widely mooted that his arrival would be contingent on the departure of another senior midfielder.

Namely, that would have been Gini Wijnaldum, who has attracted interest from Barcelona and, like Thiago at Bayern, is in the last 12 months of his contract.

The latest on Wijnaldum’s future is that the Dutchman now appears eager to stay on Merseyside following talks with Jurgen Klopp, but previous disagreements over the length and value of his next deal could put paid to that beyond 2021.

Effectively, signing Thiago solves the problem of replacing Wijnaldum before it arises; the Spaniard offers similar qualities to the No. 5, and then some, though claims he is a clear upgrade are disrespectful to one of Klopp’s lieutenants.

If Wijnaldum does leave in the next 12 months, the Reds already have his successor in their ranks, but on a more positive slant, the arrival of Thiago adds another top-level midfielder to the squad.

Thiago, Wijnaldum, Fabinho, Naby Keita, Jordan Henderson, Alex Oxlade-Chamberlain, Curtis Jones, James Milner and perhaps Marko Grujic—few sides will have that degree of strength and diversity in the middle of the park.

It could even be that Thiago turns out replacing Milner, whose deal expires in 2022, or Oxlade-Chamberlain, whose injury problems have persisted into the new campaign, but either way, it is a pragmatic and pre-emptive solution.

In some quarters, Thiago was seen as a luxury signing for the Reds; less imperative than bringing in a new fourth-choice centre-back or added depth to the attacking line.

But Dejan Lovren‘s exit is, in fact, catered for with the arrival of the player who has taken his No. 6 shirt.

At 5’9″, Thiago is not, and never will be, a centre-back, but in Fabinho, Klopp has a midfielder already earmarked as a “creative” option at the heart of defence.

The Brazilian is proven as more than capable in the role, having excelled alongside Joel Matip in a 0-0 draw with a Bayern side that included Thiago in the Champions League in 2018.

And while he is clearly at his best in the anchor role in midfield, signing Thiago allows Klopp to deploy Fabinho in emergency situations, when Matip and Joe Gomez are both out and neither Billy Koumetio nor Sepp van den Berg are trusted.

While not a bona fide defensive midfielder, Thiago‘s world-class ability can see him fill in at the base of the midfield, while both Wijnaldum and Henderson are available to step in for Fabinho if needed too.

Ultimately, it absolves the need to sign a new fourth-choice centre-back, which unless a Ragnar Klavan scenario presents itself is particularly difficult, as the player signed would need to be capable, but also content with much of a season spent on the fringes.

Liverpool could still bring in another centre-back, but the Thiago transfer certainly reduces the need to do so.

On a more basic level, bringing Thiago to Liverpool addresses any concerns over complacency seeping into Klopp’s squad after winning the title.

The best Liverpool sides have always built from a position of strength—take Kenny Dalglish, Alan Hansen and Graeme Souness on the back of the club’s first-ever European Cup in 1977—and there were fears over whether the Reds could replicate their triumph without doing so.

Bringing in a new, elite-level midfielder can spur the squad on; Thiago is a winner, with seven Bundesliga titles, two La Liga titles and two Champions League wins to his name among many others, and his arrival will inspire his new team-mates.

Not only will it stir up competition in midfield, with the likes of Wijnaldum, Henderson and Keita not assured of their places, but it will reinvigorate those in defence and attack, too.

He will up the standard in training and in games, and will inject freshness into the dressing room, as regardless of how strong the bond is within any squad, it would be very rare for the same faces to not grow stale eventually.

In short, Thiago is a statement signing for Liverpool, the most high-profile player brought into the club in many, many years.

For £25 million, it was a deal too good for Klopp to turn down, as his new No. 6 solves a host of issues that could have arisen over the course of this season and beyond.