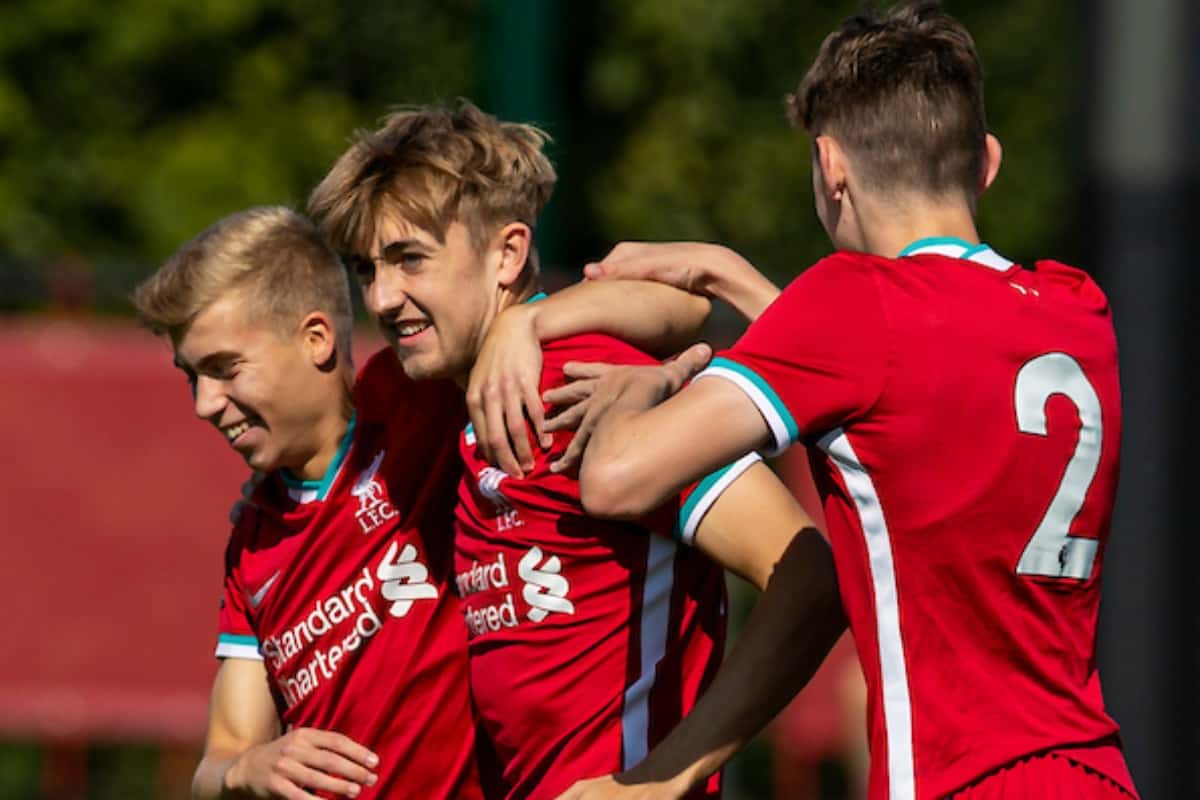 A goal inside the first minute to Jake Cain was enough to secure the first win of the new season for Liverpool’s Under-23s against Everton.

With the pandemic having forced a premature end to the 2019/20 season, the mini Merseyside derby for the Under-23s signalled their first competitive fixture in 174 days and their first under the tutelage of Barry Lewtas.

Lewtas aptly described the occasion as “a baptism of fire,” with any contest against the local rivals a fiercely fought one, and his hopes to “start the season with a bang” needn’t long to come to fruition.

The starting XI included seven young Reds with a senior Liverpool appearance to their name, with Ben Woodburn captaining the side amid reports expecting him to join Eredivisie side Sparta Rotterdam on a season-long loan. 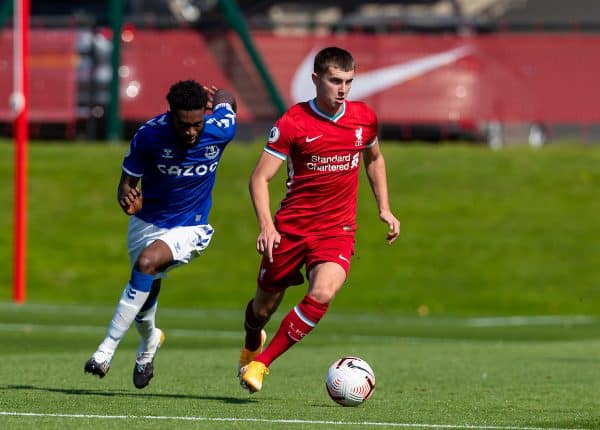 Caoimhin Kelleher, Liam Millar, Leighton Clarkson, Jack Bearne, Luis Longstaff and Jake Cain all added experience into the side, with the latter kickstarting his season in style with less than a minute on the clock.

The 19-year-old was the benefactor of the young Reds’ exuberant start, calmly dispatching his effort into the bottom corner of the net after Liverpool flooded the box in the first minute.

Longstaff and Bearne both caught the eye with their pressure acts from the front, helping to instigate moves into the Everton box alongside the likes of Clarkson, Cain and Woodburn.

And mid-way through the first 45, they looked to have been rewarded for their efforts after Millar flicked a pass back into the path of Longstaff who found the net – only for an offside flag to be belatedly raised.

But there was also a job to do in defence, to which Kelleher stood up to impressively having brilliantly denied both Ellis Simms and Nathan Broadhead in quick succession from close range, leaving Everton bemused by how they didn’t score. 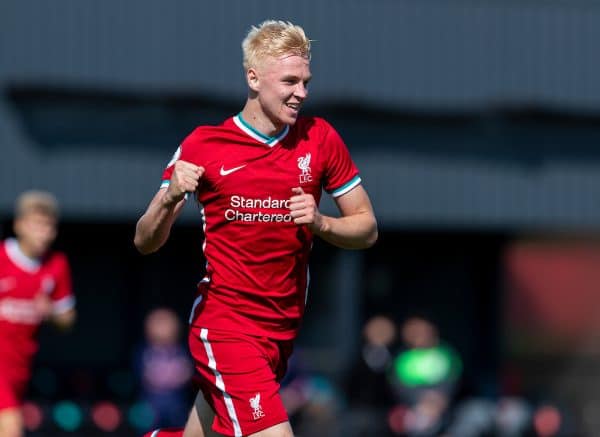 The Blues did, however, start the second on the front foot forcing Liverpool to play out the early stages in their own half.

A chance to take the wind out of their sales before the hour mark was agonisingly missed by Rhys Williams, with the young centre-back’s heavy touch from inside the six-yard box ensuring he could not replicate Virgil van Dijk‘s conversion against Leeds.

As the clock ticked closer to the 90-minute mark, the young Reds started to see mistakes creep into their play, gifting the Blues the ball and forcing Kelleher into making a host of brilliant match-saving blocks.

With Curtis Jones watching on at the Academy, Liverpool held on amid mounting pressure to emerge as victors in the mini Merseyside derby and register the first points of their Premier League 2 campaign.