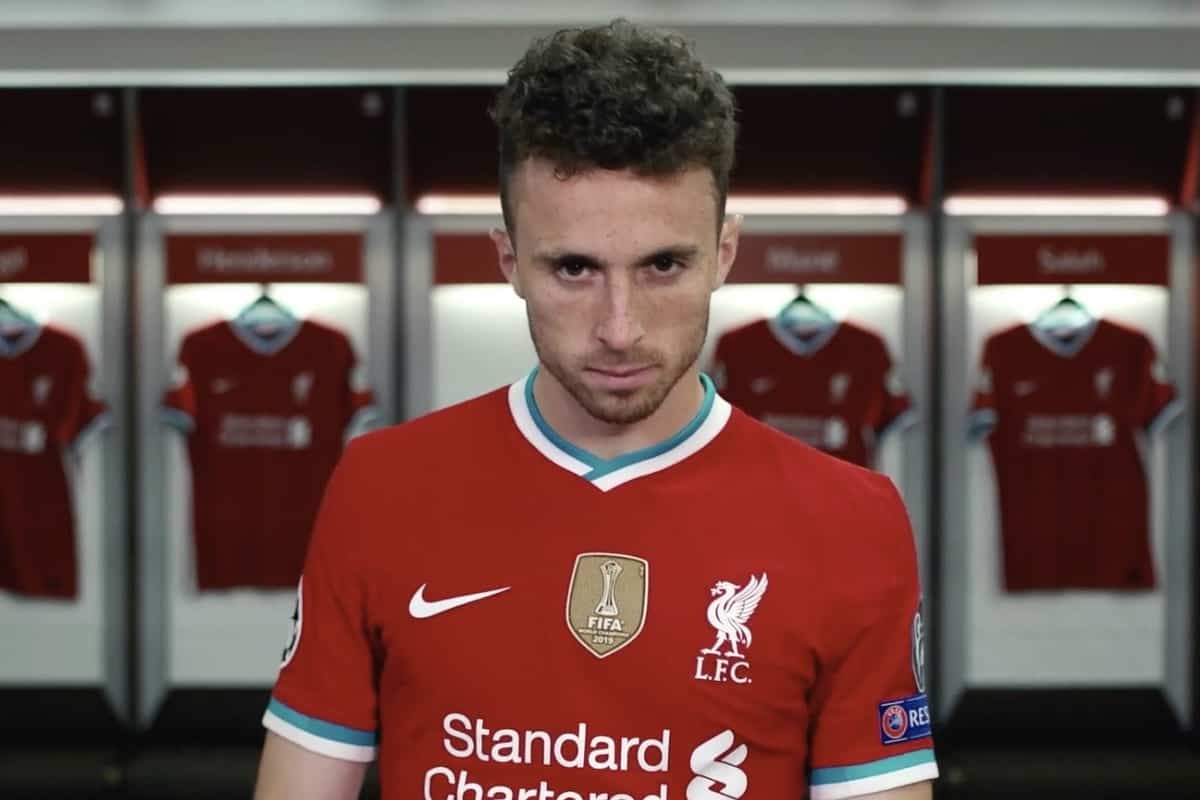 Jurgen Klopp has welcomed the £45 million signing of Diogo Jota from Wolves, praising the 23-year-old for his versatility, allowing Liverpool to be “unpredictable.”

Jota has been confirmed as the Reds’ new No. 20, inheriting the shirt last worn by Adam Lallana as he moves to Anfield in a deal worth an initial £41 million.

That could rise to £45 million depending on the Portuguese’s success at the club, and if that is the case, he will have proved another excellent signing.

Given the outlay, which makes Jota the fourth-most expensive signing in Liverpool’s history, that he is not set to arrive as an immediate first choice could prompt scrutiny.

But speaking on his unveiling, Klopp hailed his new attacker for allowing his side to become more “unpredictable,” owing to his ability to play a variety of roles and systems.

“He’s a player who gives us so many options to use him,” he told the club’s official website.

“He’s 23 years old, still far away from being kind of a finished article, so much potential. He has the speed, he can combine, can defend, can press.

“It makes it just more unpredictable and gives us real options for different systems because he can play pretty much all three positions up front in a 4-3-3, if we play with four midfielders he can play both wings.

“So, these kinds of things. It’s just nice. And he has some natural things which we have in our game, like this desire and the greed and the direction.

“He is part of this unbelievable Portuguese generation in the moment, where they have really a lot of obviously quite skilled players. We saw the Portuguese team last time, it’s quite impressive.

There is an expectation on every player in Klopp’s side to contribute defensively, and this is particularly the case in attack, where the likes of Sadio Mane, Mohamed Salah and Roberto Firmino lead the press.

Jota is able to fit into this ethos, with the manager explaining how performances under Nuno Espirito Santo at Wolves proved he is capable of meeting his demands.

“I like what Wolves are doing. They obviously play a completely different system but what they do is ask pretty much all offensive players for proper defensive work,” he continued.

“And the whole team there is doing that, and Diogo as well. Of course, that’s one of the things.

“Of course he has to adapt to a few things and has to learn a few things—what we do differently because there are, of course, differences—but a lot of things are already there. And so I’m really excited.”

Klopp insisted that Jota “knows it’s a step for him,” confirming that he would arrive as a squad option, not a first-choice starter like Thiago, but added that “he can give us things we don’t have.”

It is an essential signing, especially for the future with both Mane and Salah due to depart for the Africa Cup of Nations at the start of 2022, and when Jota gets going, Liverpool can be even more formidable.