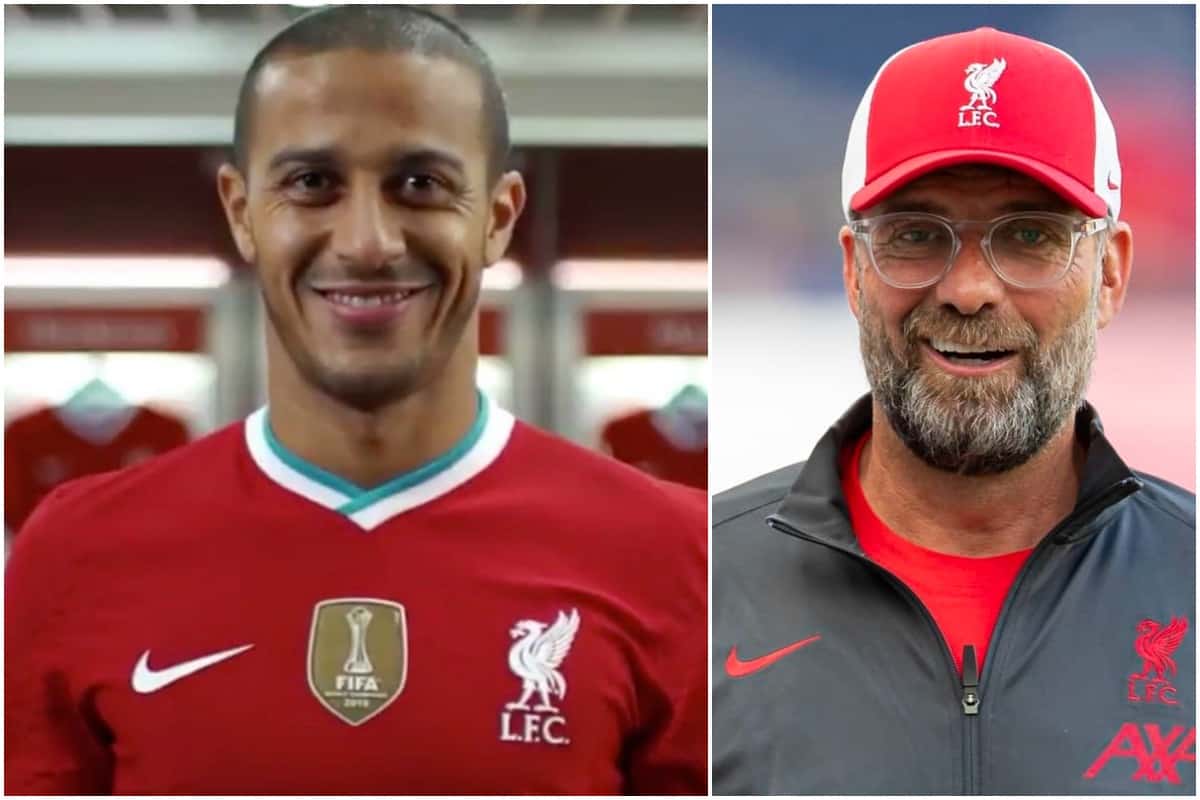 Jurgen Klopp has hailed the arrival of Thiago, describing his acquisition as “absolutely great” after he showed the desire to join the Liverpool project above anywhere else.

The boss has long been an admirer of his new No. 6 having labelled him the “best player in the Bundesliga by far” alongside Naby Keita back in 2018.

And after dancing around Liverpool’s interest for some time, the Spaniard can now be spoken of as a member of the Reds’ current squad.

His arrival was made official on Friday, leaving the Liverpool faithful euphoric over a world-class operator joining their already world-dominating ranks.

It was a similar response from Klopp when speaking to the club’s official website following the announcement, with the boss overjoyed to have signed a player of his calibre.

“Great! Absolutely great. I’m really happy that it finally worked out and we could just do it,” Klopp exclaimed.

“It’s very exceptional because in our situation, a lot of people around us talk constantly – ‘What are you doing? – bam, bam, bam.

“Then preparing something like this, working on all different things you have to work in a transfer like this – with thinking about a player like him already is a joy, to be honest, because it gives us obviously some options. 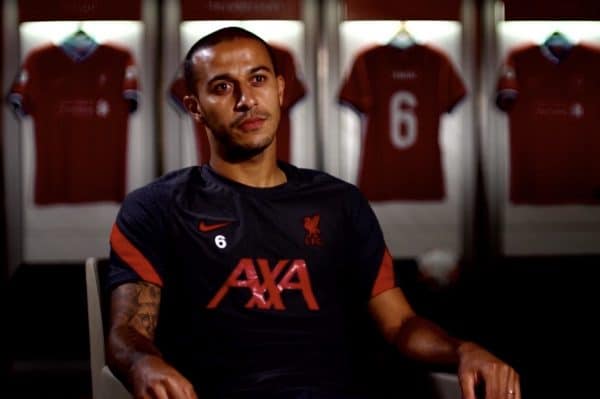 “Then you get in contact with the boy and then you realise, OK, he obviously likes this project as well pretty much, even before he is here, which was really nice.

“I learned more and more about him as a person; the player I knew before, the person I learned.

“So I’m really happy to bring this wonderful person in as an add-on to the squad, which is just good for football reasons – but for all the other reasons as well. So, yeah, absolutely happy that he’s here.

“A player like Thiago – settled that much at Bayern – is usually out of reach for pretty much everybody.

“When we spoke about all the players, he respects them all massively. He admires them.

“It is about the club, it’s about the team, that he wanted to join us. That’s really cool. But did I think about him earlier? I thought a lot about him but never as a potential transfer, to be honest.”

Thiago is set to join in with training later on Friday and the boss was quick to talk up what he can bring to the side in the weeks and years to come, but insisted he will still require a settling in period.

“He can demand rhythm, that’s how it is,” he added. “He can obviously create and use space for other players, all these kinds of things. First touch incredible; vision incredible; passing pretty good! But is quick as well. Work-rate great.

“But we don’t play like Bayern, so that still will need some time to get settled and nobody should expect – and I don’t expect – the special things immediately, first game, let’s see.

“It’s a long-term project and we have a good team, so we can give time. But, of course, we want to use him on the pitch, that’s clear. So the work can start now.”

If Klopp is besotted by Thiago‘s arrival, then you know we have a very special player on our hands.