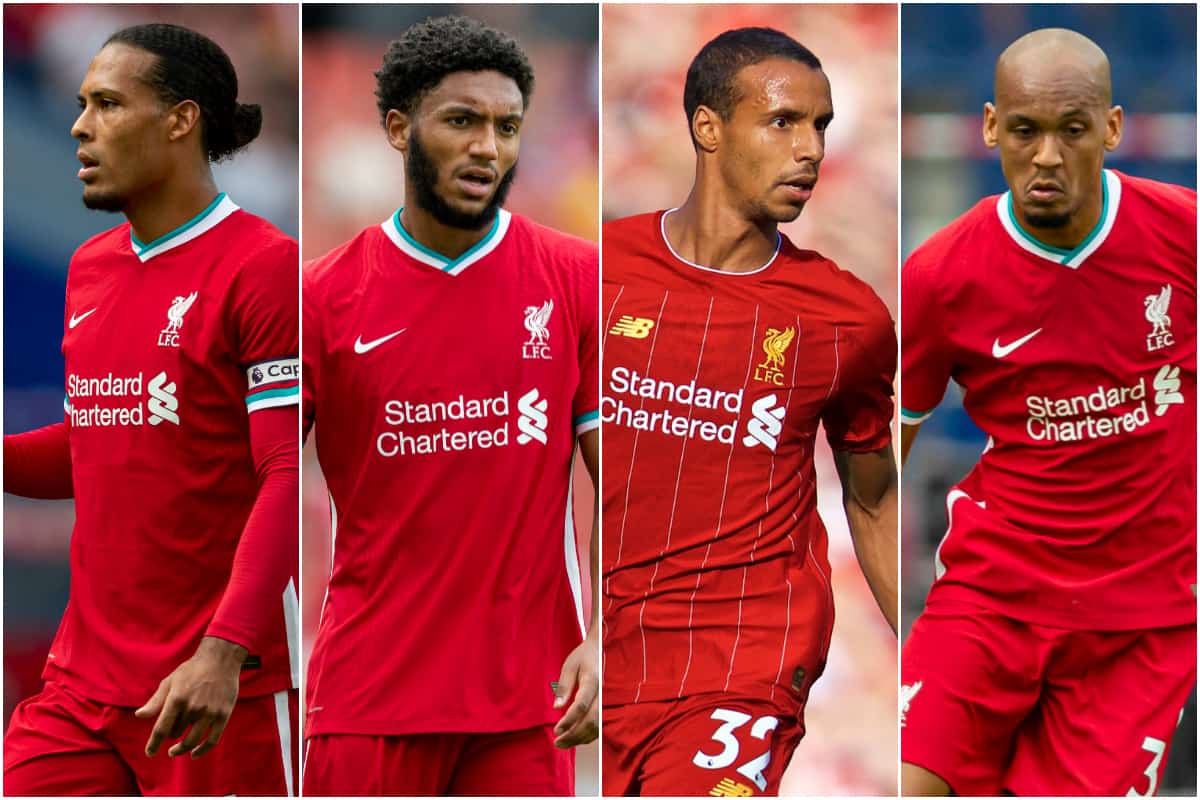 Jurgen Klopp insists Liverpool “have a lot of centre-backs,” despite selling Dejan Lovren, and pointed towards Fabinho and his young options as “solutions” if required.

Lovren left after six years on Merseyside this summer, and so far the Reds have not moved to bring in another centre-back despite links with a host of players.

Pre-season has seen the likes of Fabinho, Billy Koumetio, Nat Phillips and Sepp van den Berg fill in, and it appears they could serve as backup to Virgil van Dijk, Joe Gomez and Joel Matip heading into the campaign.

This could be seen as weakening the squad, but speaking ahead of Liverpool’s season opener against Leeds, Klopp stressed that he is happy with his centre-backs.

“The situation is obvious. We have a lot of centre-backs, pretty much all of them apart from the three we had last year are pretty young,” he told reporters.

“Which is good. A lot of space for development, all these kinds of things.

“They all did well. Sepp did well in the pre-season, Ki-Jana at right-back but did well in pre-season, Billy did really well considering his age especially and Nat Phillips came back full of confidence from Stuttgart.

“So that’s all good, but Fabinho can play it as well.

“He did against Bayern in the Champions League, probably in another game as well, it worked pretty well because he’s a smart player.” 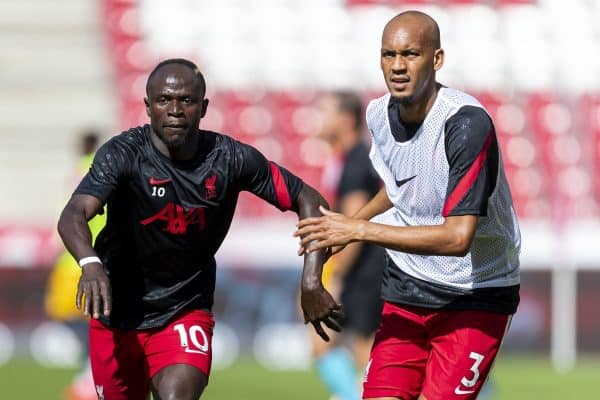 Fabinho is an accomplished centre-back, but is clearly as his best as a No. 6, and that is where Liverpool need the Brazilian most often.

The ideal scenario would be that Fabinho would never be needed to fill in at the back, but with Klopp regularly stressing that player welfare is of paramount importance he is clearly conscious of not signing an emergency backup.

Instead, he will turn to his squad when required, and there are likely to be opportunities for Hoever, Van den Berg and, in particular, Koumetio as the season runs on.

It will never be a perfect situation for the entire campaign, with Klopp attesting to Jordan Henderson‘s stint at centre-back at the Club World Cup last season as evidence of that.

“So, how it is with the squad, you always have to find a solution, and you want to prepare for all possible problems during the season,” he continued.

“You can’t. That’s what we have to always accept, every year. So we will have solutions in the specific moments.

“With four ‘senior’ centre-halves [last season] we played, in Qatar, with Jordan Henderson in that position, with Fabinho not in as well.

“So [you have to] be ready for a creative solution in the right moments, but hope they will never come up.”