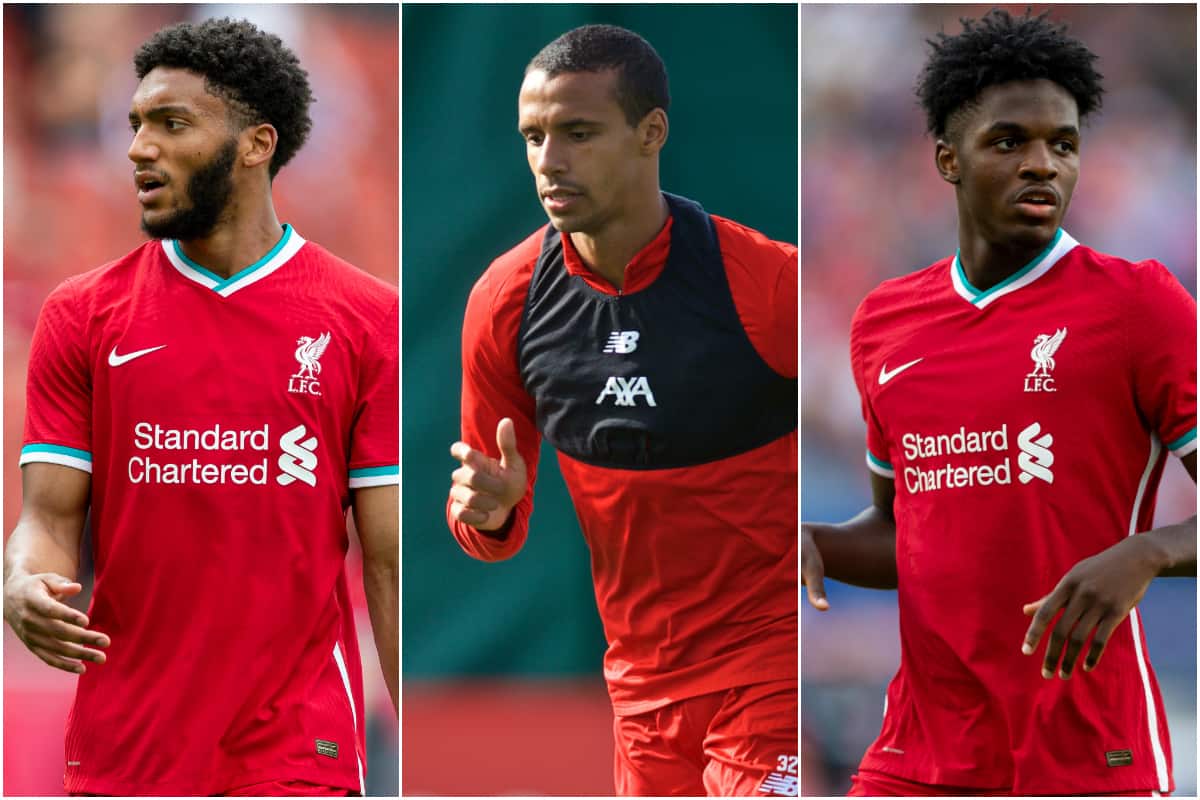 Liverpool were without Joel Matip, Joe Gomez and Billy Koumetio for Sunday’s clash with Chelsea, but Jurgen Klopp insists their injuries are “not a real concern.”

The Reds took to Stamford Bridge with Fabinho starting alongside Virgil van Dijk, with Gomez out with a knock and Matip sidelined with a minor muscle injury.

Koumetio, who is effectively fifth-choice centre-back after his impressive rise in pre-season, was also absent with a minor problem, which highlighted the issue that could prompt Liverpool to sign another defender before October 5.

But speaking ahead of kickoff, Klopp stressed that neither Gomez and Koumetio were a “real concern.”

However, the manager seemed less convincing on Matip’s fitness, and while he simply said “it could take a few days longer,” this is often the case with the No. 32.

“Joe is not a real concern, it’s probably only today. Same with Billy,” he explained.

“With Joel, we have to see. It could take a few days longer. [It’s a] muscle [problem]. After injuries that’s how it is.

“He looked perfect in the pre-season since he trained. But now he got a little problem and we have to react, so that’s how it is. That’s why we start how we start.”

Liverpool are claimed to have made an approach for Schalke centre-back Ozan Kabak this week, and though Fabinho is a comfortable stand-in, Sunday’s situation perfectly outlines why another established option could be useful.

Matip is too often out with minor problems, and while Gomez has largely overcome his issues, which were majoratively impact injuries, there are concerns over his durability, too.

By the same token, Gomez’s shaky displays at the back suggested the need for genuine competition from Matip, and if the Cameroonian is on the treatment table, that is clearly not the case.

Interesting, though, was Klopp’s mention of Koumetio, and the decision to omit both Nat Phillips and Sepp van den Berg from the squad despite having no other centre-back in reserve.

This could indicate that the manager trusts the 17-year-old to step in when required, and that he would likely have made the matchday squad if fit.