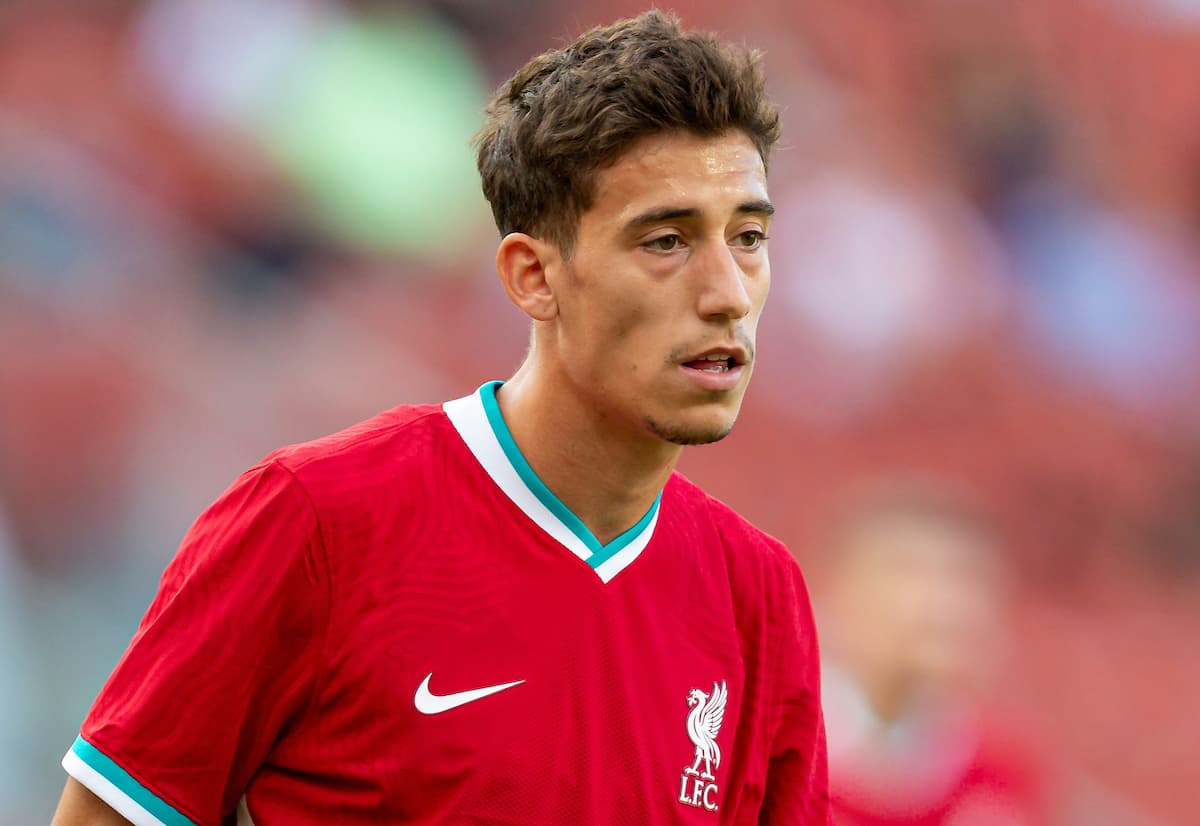 Kostas Tsimikas will not be in the frame to make his Anfield debut against Arsenal in the League Cup on Thursday due to a “thigh problem” picked up at Lincoln.

The Reds’ new left-back made his competitive debut at Sincil Bank in the third round of the League Cup, playing the full 90 minutes in the 7-2 win.

He was not in the matchday squad against the Gunners on Monday evening and was a noted absentee in training, which placed his availability in doubt for what is to be a much-changed side on Thursday.

And Pep Lijnders, who fronted the press in place of Jurgen Klopp, has now confirmed Tsimikas will not be available for selection after picking up a “thigh problem” which has not settled in time and will keep him out of the team until after the international break.

“We have Kostas, who after the Lincoln game had a thigh problem,” Lijnders told the club’s official website.

“We thought it would settle, it didn’t, so he will need more time. He will not be involved on Thursday and also not on Sunday.”

He is the latest player to be ruled out until after the international break, with the gap between the Arsenal fixture and the trip to Aston Villa just three days.

Thiago, Joel Matip and Alex Oxlade-Chamberlain all require more time to recover, with the former wished a “speedy recovery” after testing positive for COVID-19, but the Reds will evaluate Jordan Henderson‘s fitness later in the week to see if he is ready for Sunday.

“Jordan, we will reevaluate on Friday after this game to see if he can be ready for Aston Villa. At least to train with us to prepare for the game,” he added.

“Joel is the same as what I said last week, he will be ready [after] the international break and use the time to prepare the Everton game.

“Ox is progressing well. He’s in a good way and it’s really important for him that this first phase goes smooth. But, of course, that takes a much longer time.”