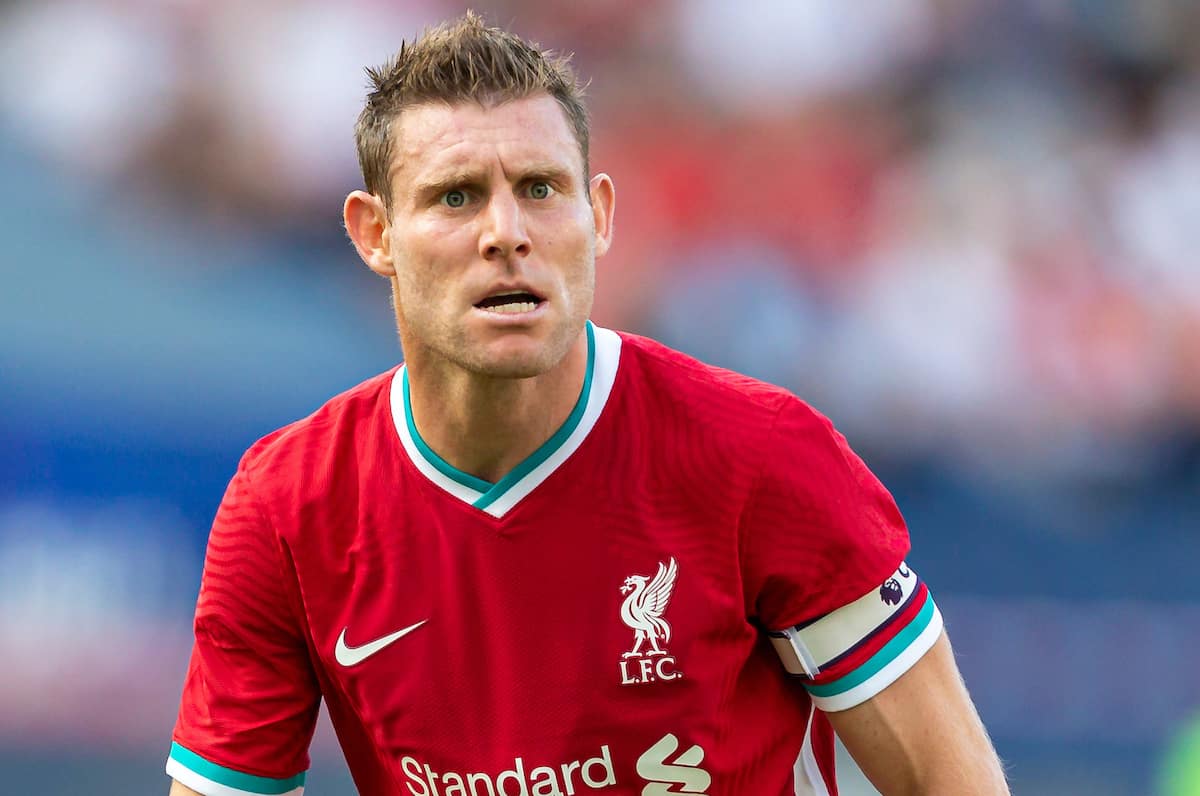 It’s a case of the same opponent but different competition for Liverpool and Arsenal, where a host of changes are expected in a bid to progress to the League Cup quarter-finals.

Merely three days after safely securing a 3-1 win over the Gunners, the two teams will battle it out once more with a place in the final eight of the League Cup on the line.

Jurgen Klopp‘s side earned their place in the fourth round thanks to an emphatic 7-2 win over Lincoln, where a much-changed outfit flexed their muscles.

And members of that XI are in the mix once more with the fixture scheduled between two Premier League games – with a trip to Aston Villa set for Sunday evening.

Here’s how the Reds could look to lineup for their latest match.

Who is in the mix?

The majority of the regular faces in the first-team who featured on Monday will sit this one out, with Jordan Henderson, Thiago, Joel Matip and Alex Oxlade-Chamberlain headlining those out with injury, or in the Spaniard’s case with coronavirus.

It will see Klopp once again turn to those who got the job done last time out in the competition – with the exception of Kostas Tsimikas who Pepijn Lijnders confirmed is ruled out for the next two games with a “thigh problem.”

It all points to James Milner slotting back into the left-back position with Andy Robertson given a breather, while Adrian will deputise for Alisson between the sticks and Neco Williams is set for his 11th career start.

At the heart of the defence, the Reds could look to follow the same plans from the Lincoln victory with one senior centre-back option playing 45 minutes before swapping out for another.

Virgil van Dijk and Fabinho had the job on that night with Joe Gomez absent through injury, and as they all played 90 minutes on Monday it would prove to be a manageable game load.

They would then be likely be joined by Billy Koumetio with the 17-year-old having returned to action for the U18s after recovering from a minor issue which forced his absence at Lincoln.

Rhys Williams will also be in the frame once more after impressing on his debut, but the game is set to come too soon for an injured Nat Phillips.

In the middle of the park, Marko Grujic and Curtis Jones are fit and available for selection, with the former still yet to secure a transfer.

And copious options are at Klopp’s disposal in the final third with Xherdan Shaqiri, Takumi Minamino, Divock Origi and Digo Jota fresh off the back of his maiden Liverpool goal.

While wholesale changes would have been met with apprehension in the past, the Reds have showcased their strength in depth throughout the season thus far and a strong side will take to the field at Anfield despite at least 10 changes.

As aforementioned, it could be a case of one senior and one young centre-back throughout the 90 minutes – where Gomez gets the nod this time around alongside Koumetio.

Gomez showcased his ability to command a young and relatively inexperienced defensive line against Everton in the FA Cup last season and this outing would present the chance to do the same ahead of Adrian and alongside Williams and the 17-year-old.

Milner would have been expected to assume his favoured midfield role, but with Tsimikas out with injury he will complete the back-line at left-back.

Assuming the holding role will be Grujic once more, and he will have a couple of familiar faces alongside in the ever-confident Jones and Shaqiri, who Lijnders praised for thriving in this “different position.”

There are a number of options up front, but Minamino is all but guaranteed a starting berth in the central role to lead an energetic and exciting forward line.

A full debut could come the way of Jota on the left while Elliott could be deployed on the opposing flank in what would be only his fourth Anfield start: 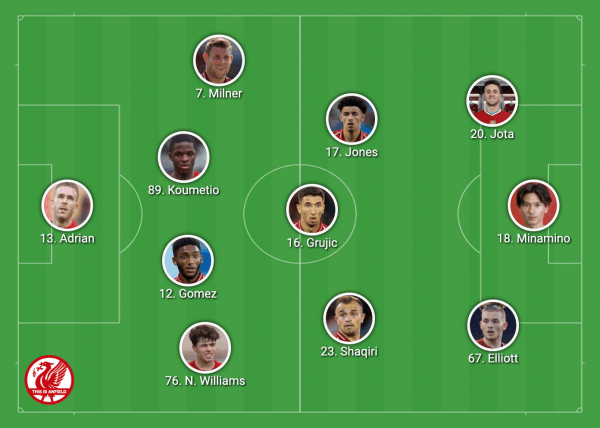 Alternatively, a centre-back pairing of Van Dijk and Rhys Williams could be given the green light from the off once more before the former switches out at half-time.

The full-backs and ‘keeper remain the same with Neco Williams having safely established himself as the deputy to Trent Alexander-Arnold.

Here, Grujic would remain as a member of the midfield in an attack-focused set up ahead of the defensive line, which could see a 4-2-3-1 system deployed to accommodate an exciting and versatile forward five against what is expected to be an Arsenal lineup with changes of their own.

It leaves no space for Origi but he could act as one of the impact substations in the second half: 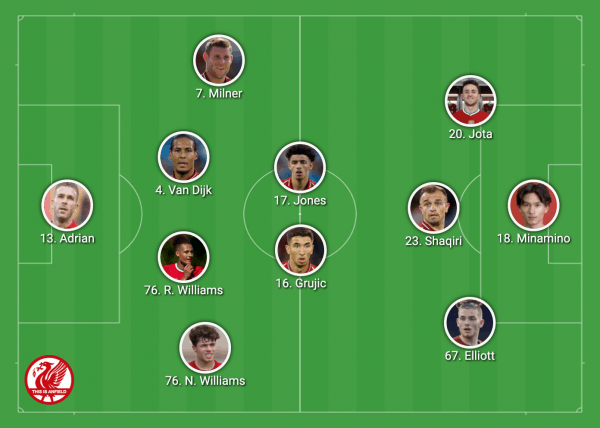 With a trip to Aston Villa following just three days after, this matchup provides yet another valuable opportunity to case an eye on those on the fringes and the up and comers against what will be a stronger opponent than last time out at Lincoln.

The Reds’ strength in depth ensures the quarter-finals of the League Cup are well within reach but they will need to be defensively switched on throughout.