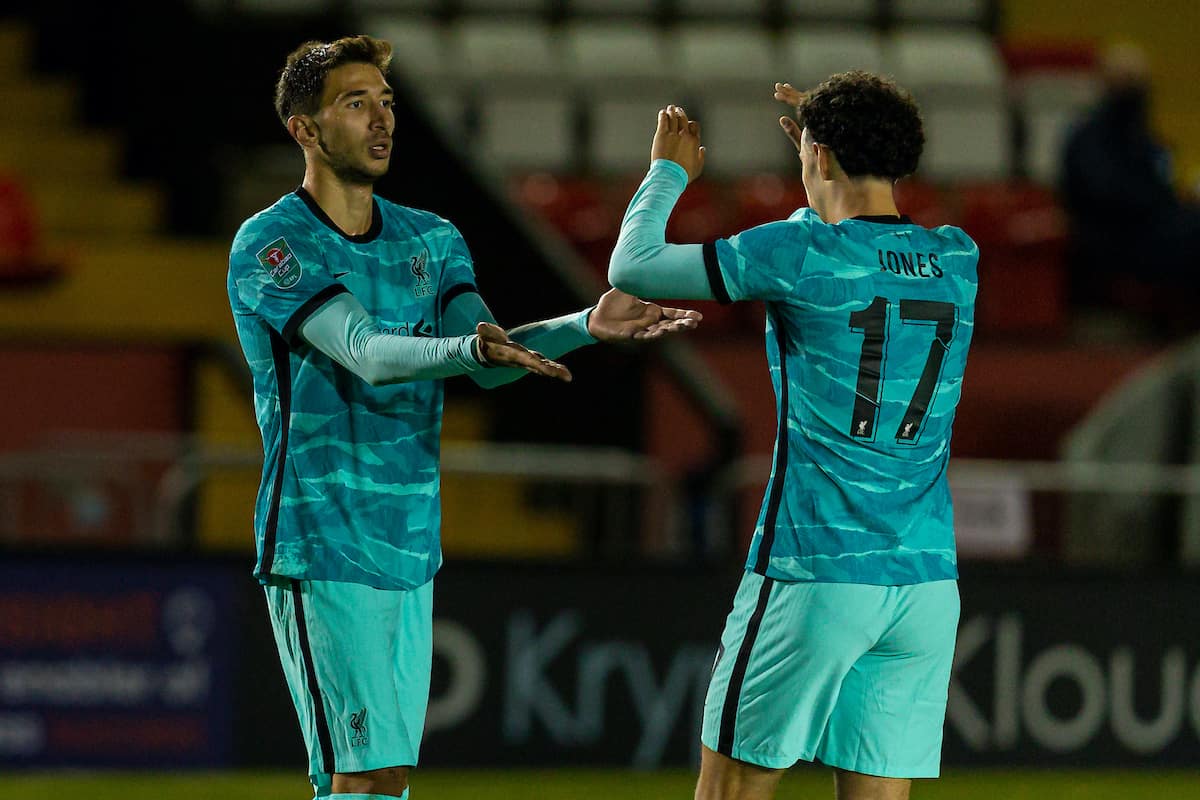 Liverpool thumped Lincoln City 7-2 in the League Cup third round on Thursday night, with Curtis Jones and Takumi Minamino both scoring twice.

The Reds took on their League One opponents at Sincil Bank, hoping to get beyond the third round and closer to a first win in the competition under Jurgen Klopp.

Unsurprisingly, Klopp made numerous changes to the side that won at Chelsea last weekend, with youngster Rhys Williams handed his first-team debut.

Kostas Tsimikas also made his Liverpool bow, filling in for Andy Robertson at left-back, and Xherdan Shaqiri was back in the starting lineup.

It was the Swiss who opened the scoring in stunning fashion, curling home a free-kick to send the Premier League champions on the road to victory.

Minamino doubled the lead with an equally smart finish and Jones scored a quickfire brace, giving Liverpool a 4-0 half-time lead.

The second half was closer, although Minamino made it 5-1 straight from kickoff, as the Japanese continues to improve in a Reds shirt.

Tayo Edun got a consolation on the hour mark, firing past Adrian, before Marko Grujic and Lewis Montsma exchanged goals.

Divock Origi was a peripheral figure on the night, but he made sure he cashed in as well, finishing ruthlessly in the last minute to complete the scoring.

Next up for Liverpool is a crucial Premier League clash with Arsenal on Monday evening, before they also host the Gunners in the fourth round of the League Cup next week, likely on Thursday.

Both sides have won their opening two league games, so something has to give at Anfield, in what should be an entertaining contest.