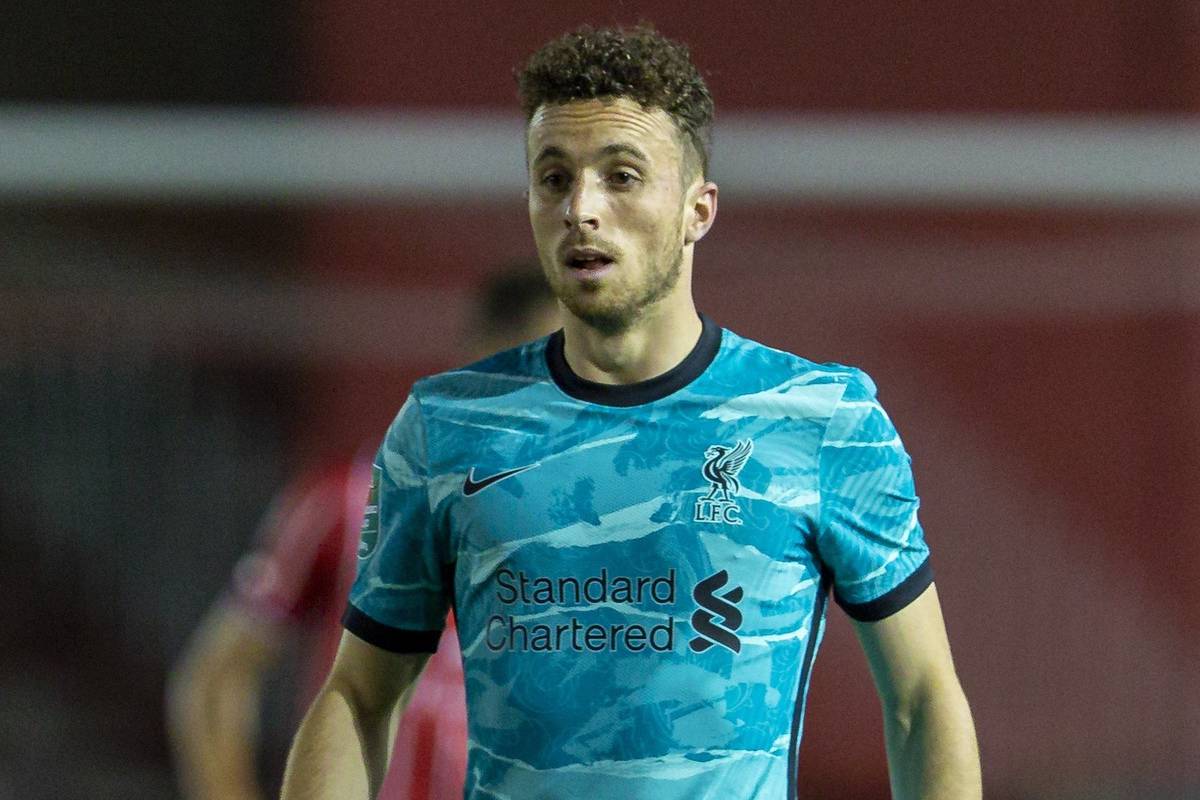 Diogo Jota could be in line for more action for Portugal after thankfully returning a negative in the latest Covid-19 tests – while Cristiano Ronaldo tests positive.

The new Liverpool forward is part of the squad preparing for a Nations League game against Sweden on Wednesday, though he wouldn’t have expected to start in usual circumstances.

His chances of involvement of some sort are heightened by the fact most national team managers are being sensible and rotating their sides with three fixtures in the current break, but now he’s in line to at least be first off the bench for their attacking options.

The Federation of Portuguese Football (FPF) have announced that Cristiano Ronaldo is showing no symptoms, but has been sent home away from the squad to self-isolate and that the rest of the squad returned negative tests.

Even so, there’s likely to be questions asked or even another test undertaken ahead of the game, with the squad having been pictured eating together in close proximity only last night.

Watchers of the Champions League will also be keenly keeping an eye on the timeline, with the much-vaunted Ronaldo vs Messi clash – otherwise referred to as Juventus vs Barcelona – set to take place in 15 days.

From a Liverpool perspective, it’s of course a positive that Jota has returned a negative, as the Reds still wait on official news of Naby Keita‘s condition.

We’ve already had a false positive over Xherdan Shaqiri this break, too, while Thiago Alcantara is now over his period of self-isolation and should be in contention for the Merseyside derby at the weekend.

Jota is up against Joao Felix, Bernardo Silva, Andre Silva, Daniel Podence and Francisco Trincao for a spot in the forward line on Wednesday night. He has six caps and one goal at senior international level so far.