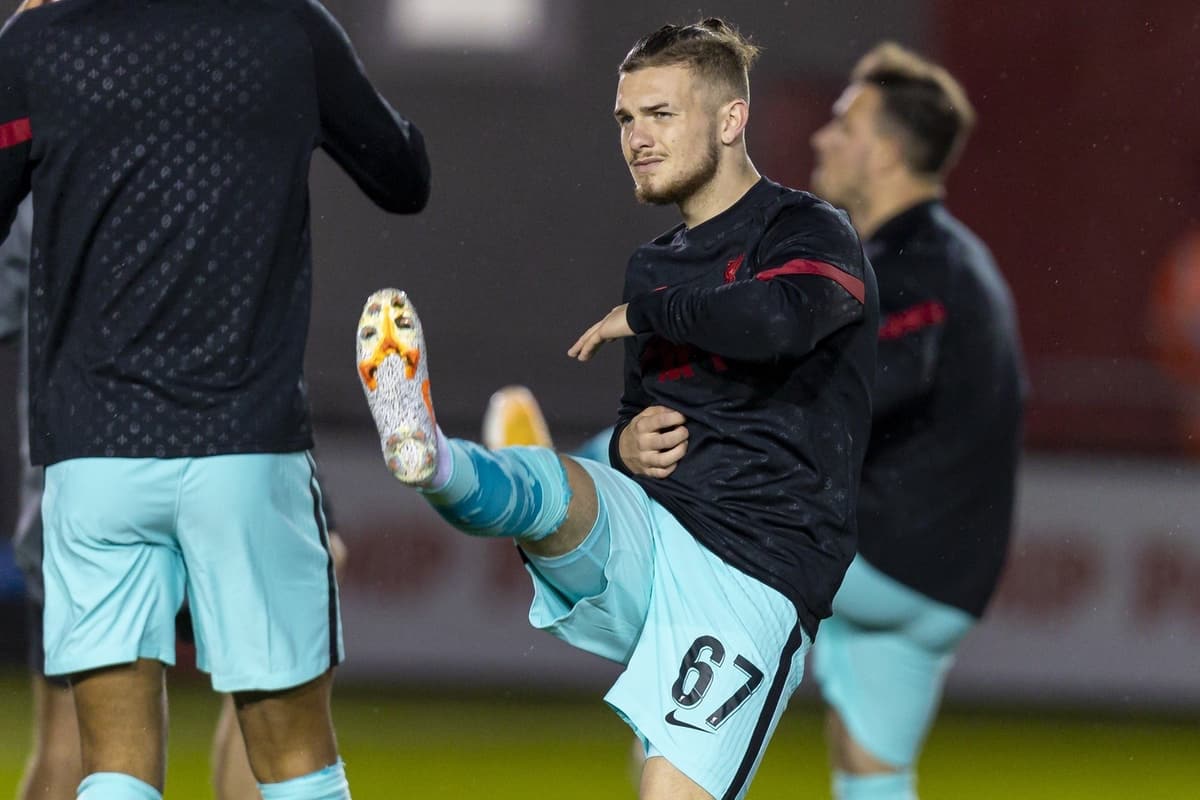 Harvey Elliott has credited Jurgen Klopp and Liverpool for their support and attention to detail in pushing through his season-long loan to Blackburn.

The 17-year-old made a surprise deadline day switch to the Championship side in search of first-team action with opportunities at Anfield limited after a quiet window on the outgoing front.

Elliott had been named in the club’s 24-man Champions League group stage squad, but with the likes of Diogo Jota, Takumi Minamino, Xherdan Shaqiri and Divock Origi ahead of him in the pecking order in addition to the usual front three, there was a decision to be made.

And with Blackburn, managed by Tony Mowbray, showing signs of progress and intent to secure promotion to the Premier League with a style of football which suits Elliott, the decision was one which had his immediate backing.

It was a choice made with no stone left unturned, with Liverpool showcasing how Rovers can provide the ideal environment for his development all the while having the continued backing of the Reds.

“The first time I heard Blackburn were in for me I was excited and 100 percent willing to go,” Elliott told the Lancashire Telegraph when reflecting on his temporary switch.

“Liverpool were behind me 100 percent, they sat me down, gave me clips from games, how Rovers play, where I could potentially be playing, and to have that background information on the club and the style of football, was really important.

“I had a chat with the gaffer, got his word, what role and responsibilities I would have, so to have that background information and a positive energy about the club was a big help in me coming here.”

And those discussions, of course, included Jurgen Klopp whose words to simply enjoy the experience and express himself at every turn provided a welcome confidence boost for the teenager.

“I spoke with the gaffer before I made the decision and he said this was the best thing for my career and to go and express myself and show people who I am,” he continued.

“All the coaching staff were very positive and said they’d support me all the way, so for them to say ‘go and enjoy yourself and the experience’ I think it made it a lot better.

“It’s nice to be close by, I can stay with my family, be around them, I’m not having to move away which is a big help.”

With nine first-team appearances for Liverpool and three for Fulham in his young career to date, Elliott’s desire for more senior experience on a regular basis won out.

And with Blackburn being close to home and Mowbray having previous with working with ex-Red Ryan Kent in 2015/16, Liverpool were happy to give the green light and now the 17-year-old is eager to hit the ground running with a team who have “a similar style to Liverpool.”

“I just wanted to get Championship and senior football experience. Liverpool is a top club, got players around, but I’m wanting to push myself in the furthest way possible,” he added.

“I think to get to the top I needed this loan, needed to play against senior players, to get experience of men’s football.

“I did my research on Blackburn, saw they were a great club, with great coaching staff and play a similar style to Liverpool so I thought to myself that it was a good move for me and that I’d fit in well.”

With Blackburn facing four Championship games within the next 11 days, Elliott will be hopeful of making his debut as Rovers aim to build on their current position of ninth in the table.