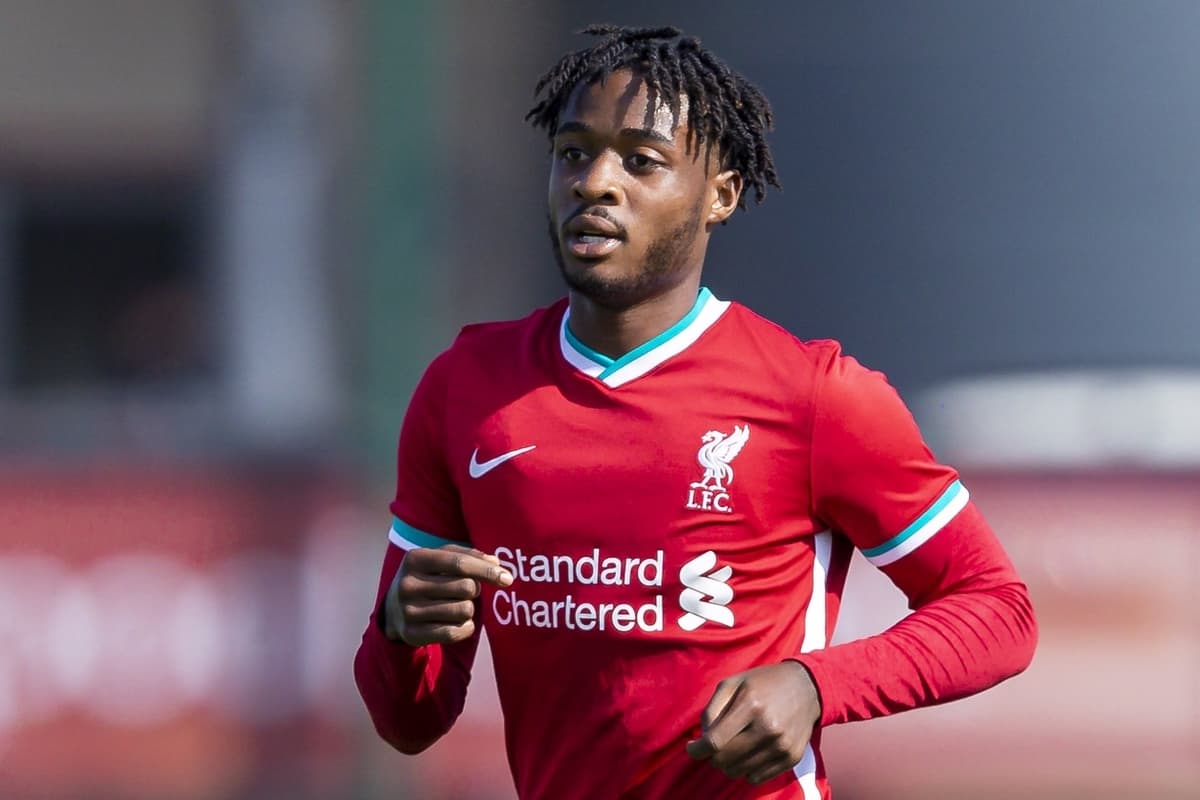 Liverpool U18s midfielder James Balagizi is considered within the club as one of the brightest stars in the academy, and in the off-season he used injury to his advantage.

Balagizi made his debut for the under-18s at the start of last season, but was only used sparingly before injury struck in February, with an ankle problem picked up in a 4-2 loss against his former club, Man City.

Despite only making 11 appearances last term, Balagizi has made a big impression among coaches at Kirkby, with The Athletic‘s Simon Hughes claiming in March that he is seen as the “next one.”

This season he is making bigger strides, and as a key part of Marc Bridge-Wilkinson’s U18s side he has already laid on two assists in five outings, as well as making his under-21s debut in the EFL Trophy loss to Wigan in September.

That he was trusted to feature against a League One side is partly due to Balagizi’s mature physique, which he explained in an interview with LFCTV’s The Academy that he was able to work on during lockdown, while he was recovering from his ankle injury.

“It’s never a good thing to pick up an injury, but it’s part and parcel of the game. So I just dealt with it,” he said.

“It was kind of tough because obviously as that happened, soon after lockdown happened, so I couldn’t get as good a treatment as I wanted.

“But I think I dealt with it well, and used the people around me to get back to where I am now.

“It was a good opportunity for me to work on things like my core and my upper-body strength and just develop that a bit further, and hopefully it helps when I’m on the pitch.” 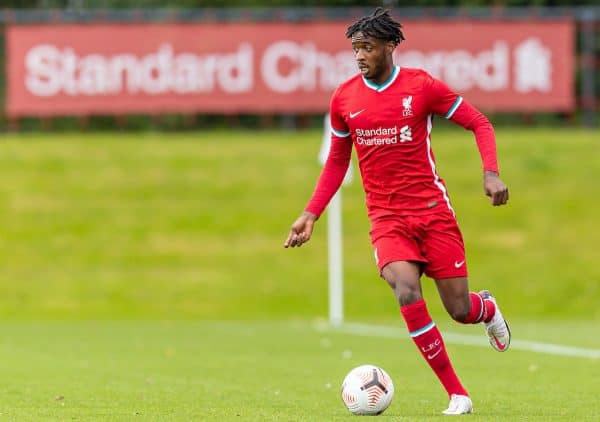 Balagizi has already been utilised in a variety of roles this season, but he is arguably at his best as a No. 10, where he is able to impact the game with his close control and creativity.

That was evident in the U18s’ 4-0 victory over Everton last time out, with Balagizi striking the bar with well-taken effort before laying on the opener for Melkamu Frauendorf with a smart turn in the box.

“I’ve played almost everywhere, really. Since I was young, I’ve played on the right, on the left, deep midfield, attacking midfield,” he continued.

“My biggest strength is that I’m really good one vs. one, I like to dominate one vs. one and I’m good running with the ball. I’m able to outplay people in tight spaces.

“I think it’s important to add a bit of what you can do to every team that you play, because then you start to stand out.

“But then, obviously, as long as it fits in with the team.”

Though Hughes’ revelation may not help Balagizi in the short term, there is clearly a strong belief in the midfielder, who was given his first professional contract less than a week after his 17th birthday in September.

He is likely to make a step up to the under-23s at some stage, and possibly during the current campaign, but while he has high hopes for the future, Balagizi is remaining grounded.

“I’m just really excited, and hopefully I can just see where I can go if I just continue to work hard,” he said of his goals for the season.

“I’ll try and win as many games as possible at under-18s, and have a very positive and successful season.

“Then, hopefully, try to kick on and push for a place in the under-23s, or train [with the] under-23s or even get a little glimpse of the first team. But all in good time.”