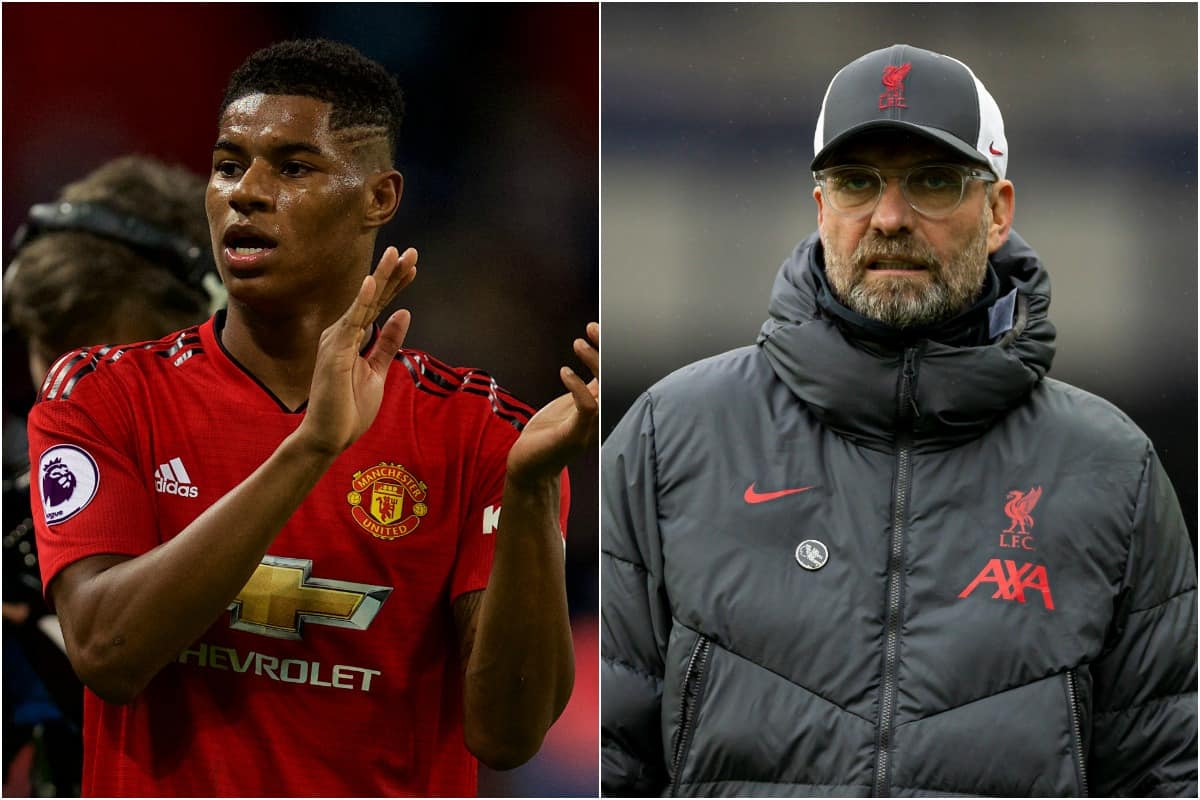 Jurgen Klopp has praised Marcus Rashford’s campaign to end child food poverty, while also hitting out at the lack of leadership from the UK government.

Rashford this week saw his campaign for extended school meals defeated by the Conservative Party, but the response to that has seen independent businesses across the country step in to ensure the poorest children can eat food.

The Man United striker has used his Twitter account and the hashtag #ENDCHILDFOODPOVERTY to raise mobilise the public, with hundreds of companies coming to support – despite the hospitality business in the UK suffering already due to the pandemic and lockdowns.

“What Marcus started is absolutely incredible, it’s so nice,” praised Klopp on Friday.

“With all the rivalry between the two clubs, in these moments, as footballers, as human beings, we’re always united.

“It’s nice to show in a time when a lot of people who are really in charge of something don’t show any sign of proper leadership, that the boy, who has grown up in difficult circumstances, blessed with a sensational talent, never forgot his roots and where he came from.

“That he has to do it is a bit of a shame but it’s wonderful as well. I hope his mother is really proud of him, I don’t know him, but I am.

“That he plays for United makes it tricky but it’s really an absolutely wonderful thing. I’m sure he doesn’t want the praise, but it’s nice, that’s how it is. He’s a role model.

“It just shows football can do wonders in [these] moments. The subject is really serious, that’s why everybody puts rivalry aside and thinks about the most important things in life. I’m really pleased people show solidarity in these moments.”

On Friday morning, Liverpool City Council announced that they will provide 20,000 meal vouchers for children this half-term after the Tory government blocked the move nationally.