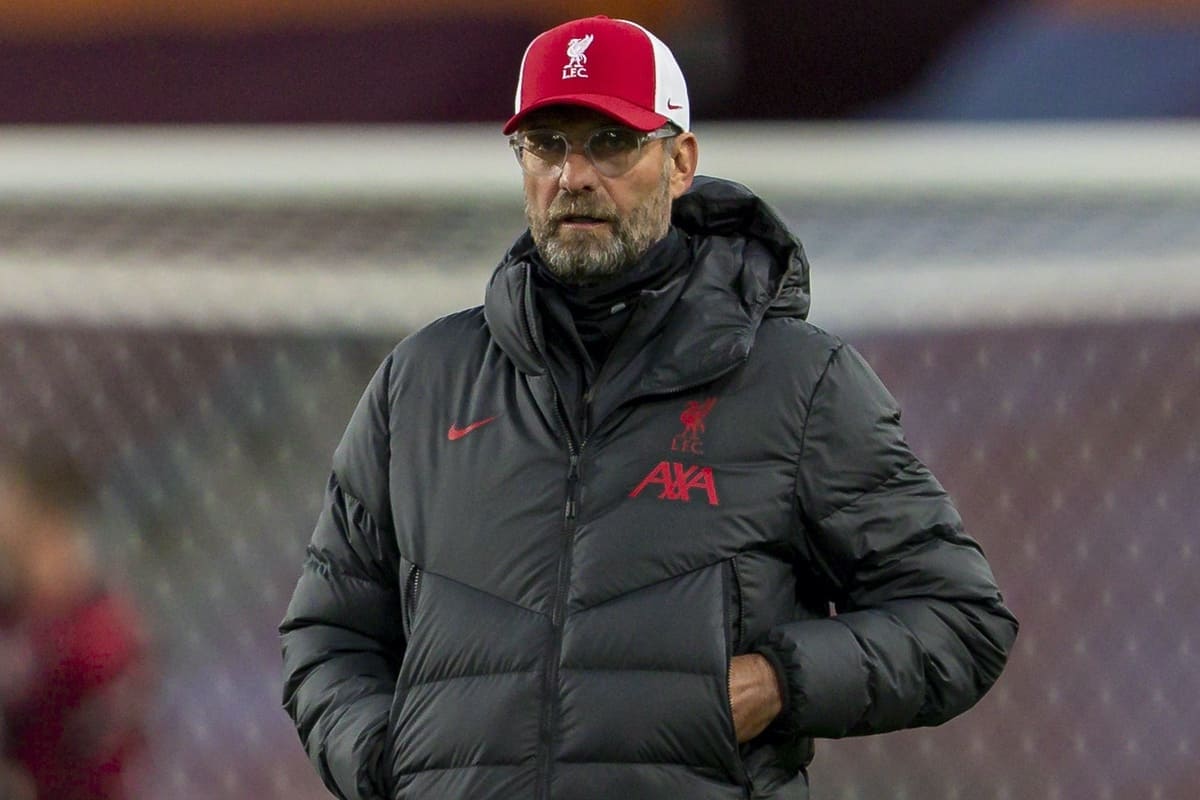 Jurgen Klopp insisted Liverpool’s 7-2 capitulation at Aston Villa was “absolutely unexpected,” and rued how his side “lost the plot” after Adrian‘s fourth-minute error.

If Reds supporters were nervous heading to Villa Park without Alisson, the players certainly looked that way minutes into one of the most humiliating result of Klopp’s tenure.

Adrian‘s stock has not been high on Merseyside since last season’s Champions League exit at the hands of Atletico Madrid, and his misery was further compounded when a poor pass to Joe Gomez was pounced on by Jack Grealish.

He quickly played it across to Ollie Watkins who made light work of the finish, on his way to a hat-trick in a game that also saw Grealish score twice along with strikes for John McGinn and Ross Barkley.

Grealish, McGinn and Barkley all profited from wicked deflections with Adrian left stranded, but it was clear that the lack of composure between the sticks spread throughout the side.

“We played into their hands, obviously, with the first goal; with the second as well; with the third, massively,” Klopp told Sky Sports after the game.

“Then, of course, the game has a specific direction.

“Let’s go back to the first goal: that obviously had an impact today, but it shouldn’t.

“Yes, Adrian made a mistake, that’s obvious, pass the ball there and it’s an easy goal for them, but we’ve conceded goals like this in the past – maybe not exactly like that.

“But the reaction wasn’t good, we kind of lost the plot.”

Klopp continued to explain that as Villa continually broke on the counter, Liverpool’s “protection was under-average,” and that after the opener their “body language” changed.

“You can never get a proper feeling back in these games, you could see already in the first half that their body language dropped,” he said.

“But you are 4-1 down and how the game was it was not that we thought we should stop playing.

“We thought if we did the good stuff again, and even slightly better…but we had to protect it better.”

The manager praised Villa for their ruthlessness, singling Watkins and Grealish out, and refused to use the three deflected goals as an excuse for the result.

“Deflected is sometimes really unlucky – and I haven’t seen it back, maybe one or two were unlucky – but it’s also a not properly blocked ball,” he explained.

“That means it’s our fault as well. So, nobody to blame apart from us.”

The disappointment of Sunday’s result will sting for the next two weeks, with the majority of the squad departing for international duty, as Liverpool await their next game, away to Everton, on October 17.

“[It was] absolutely unexpected, but it happened tonight,” Klopp continued.

“I see it already like this, for me from a specific moment on it looked like we pretty much put all our mistakes into one game, then it’s done and we can start again.

“Last week, [Roy] Keane said we defend sloppy; tonight it was not sloppy, it was just bad. I have to admit that.

“But I cannot change it now, I would love to have a training session tomorrow and on Tuesday we can speak about the things and work on it, but the boys go now to their national teams.

“I hope that they all come back healthy, and we have to use the two days we have between their arrival and the derby to make sure that we’ll be better.

“Everton is in a really good moment, and are a proper team. We have to make sure that it looks different then.”