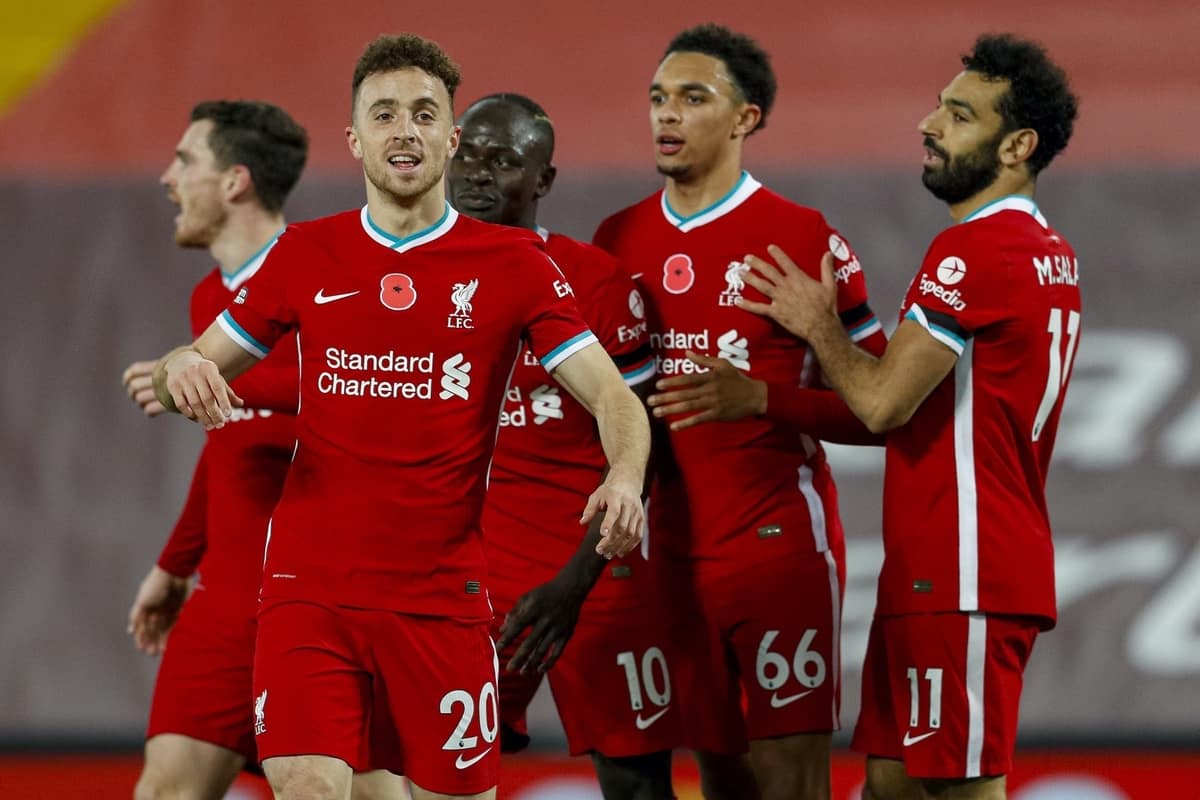 Liverpool left it late to beat West Ham 2-1 on Saturday night, with Nathaniel Phillips impressive on his Premier League debut.

Alisson has been a calming figure since returning from injury but there was a rare question mark against him at Anfield.

The Brazilian was slow to react for Pablo Fornals’ opener, getting beaten at his near post – Adrian would most certainly have been criticised.

Alisson was otherwise reliable, doing his duties in a reliable fashion.

Following a masterful performance against Midtjylland in midweek, Alexander-Arnold was again one of Liverpool’s more effective attacking players.

His crosses were consistently dangerous, played them into corridors of uncertainty, and he was always looking for inventive passes.

Not great for Fornals’ goal, though, standing off Arthur Masuaku and allowing him to cross.

Many expected Rhys Williams to come in for the absent Fabinho, but it was the more aerially-dominant Phillips who got the nod instead.

Making his first-ever Premier League start for the Reds, the 23-year-old was fantastic on a proud night for a player who looked certain to look the club last month.

He won an early aerial duel, settling the nerves, and he continued to show dominance in that area, arguably looking a better bet than Joe Gomez.

A crucial stoppage-time header sealed his man of the match award.

Gomez’s form has been good since Virgil van Dijk‘s injury, but this was not his best game.

His attempted headed clearance was poor, allowing Fornals to put West Ham 1-0 up, and he didn’t convince in the air at ant point.

Improved as the match went on, though.

Robertson has been Liverpool’s best defender so far this season and he was typically assured on Saturday night.

The Scot was more disciplined than Alexander-Arnold in terms of his defensive work, making one key interception in the first half.

Volleyed over before the break and made a big block after it, denying Fornals.

Henderson has been excellent so far this season, but this was arguably his least influential outing of the campaign.

The skipper shot wide from 20 yards – Liverpool’s first attempt of the game – but he wasn’t forceful enough with his passing and he was positionally-suspect for Fornals’ strike.

One great ball to Robertson almost led to a goal, however, and he grew in stature after the interval.

Wijnaldum produced a dominant showing against the Hammers, a standout from the rest of his teammates.

The Dutchman was his usual combative self, using his body as a shield and working hard, but he was also good going forward, showing freakish fitness levels.

A lot of the time Wijnaldum is quietly effective, but he really caught the eye here. 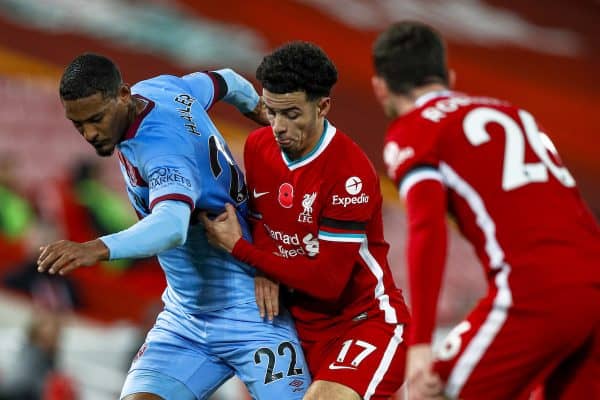 Jones came into Liverpool’s midfield at the expense of Diogo Jota, with Jurgen Klopp reverting back to a 4-3-3 formation.

The teenager looked the part, but with Henderson and Wijnaldum naturally more defence-minded at times, he needed to be the man to provide the creative spark.

He didn’t, in truth, but he will feel largely content with his efforts, barring being partially to blame for the opener after being unsure whether to press the player on the ball or go with the runner on the overlap – shows he’s still learning.

Salah has been Liverpool’s best attacking player this season and he was again superior to Sadio Mane and Roberto Firmino at Anfield.

He looked like making things happen from the first minute onwards, twisting and turning in the box and proving capable of going both ways.

Salah won and scored the penalty that drew Liverpool level, taking his tally to the season for eight goals.

It’s not often that Mane has a poor game, but by his world-class standards he didn’t have the best night at the office.

His usual deft touch evaded him in the first half, in particular, and he cut a frustrated figure on occasions.

Liverpool’s No.10 got better late on, though, and played a key role Jota’s ‘goal’ that was ruled out by VAR.

What has happened to you, Bobby?

This was another lifeless performance from the 29-year-old, who is completely out of the sorts this season.

Not only was his quality on the ball nowhere to be seen, but he was also less intense off it, allowing the game to pass him by.

Substituted for Jota – it’s time for him to be dropped.

Shaqiri produced a sensational assist to tee-up Jota for the winger -job done.

Another winning goal for the Portuguese, who saw one goal disallowed before burying the winner. What a signing he looks.

Barely had time to make an impact.

Klopp will have been hoping for a better performance from Liverpool, following a flat display at home to Midtjylland in midweek.

It was a below-pair showing again, however, which will cause the boss some concern.

That being said, the Reds once again dug deep and won ugly, and Klopp’s decision to play Phillips over Williams paid off handsomely.

Could have made his substitutions later.