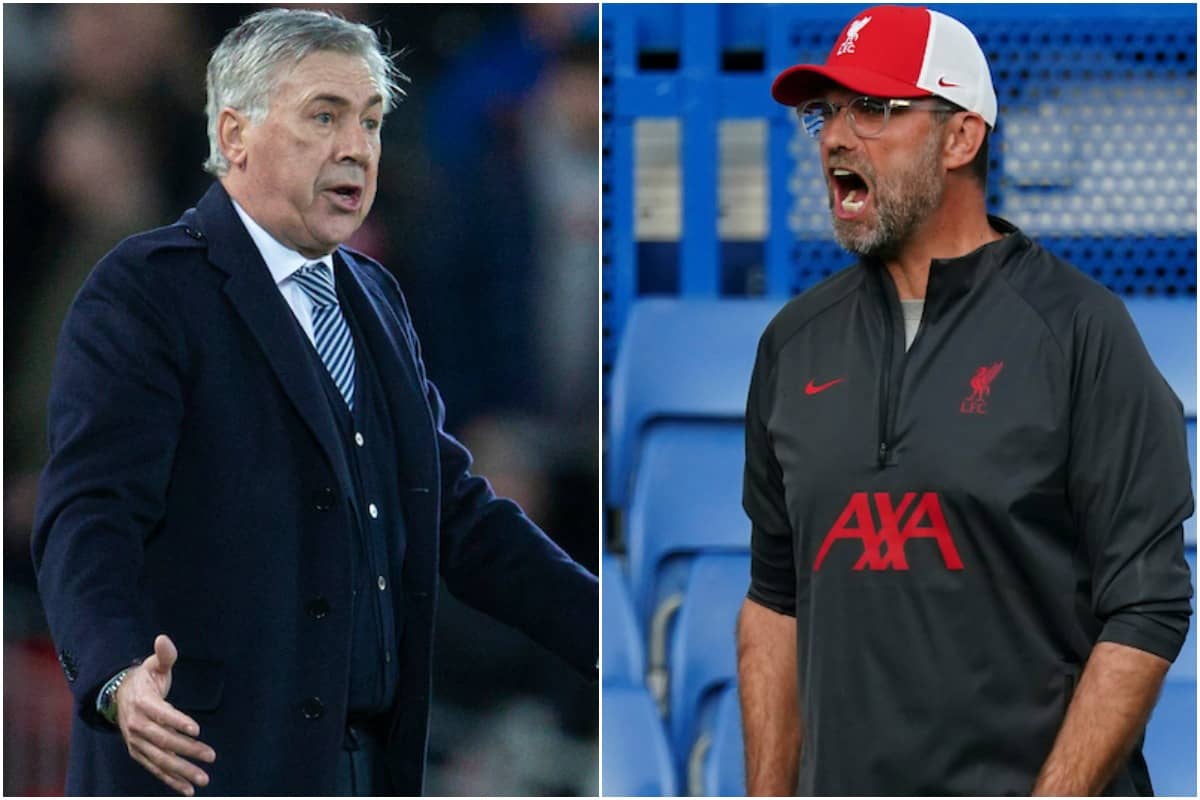 Liverpool are finally able to avenge their last result 13 days on, but Jurgen Klopp faces a number of key decisions for Saturday, some of which are out of his hands.

Reds have been forced to stew over the events of the last outing for nearly two weeks, with the international break ensuring no immediate response could be made after the nightmare at Villa Park.

After three successive wins to start the Premier League season, few could anticipate what was to transpire before Klopp’s men jetted off around the world.

First, Sadio Mane would test positive for coronavirus, Alisson would be dealt a cruel injury blow and then for the first time since 1963, Liverpool would concede seven goals in a single game.

Crucially, Liverpool are now presented with the chance to bounce back and return to their terrorising best.

It comes against an unbeaten Everton side who are brimming with confidence, however, presenting a different set of circumstances in what is the 238th Merseyside derby.

Carlo Ancelotti’s men are the only team to have picked up a full complement of points to start the season, with Dominic Calvert-Lewin leading the way at the top with six goals in four games.

With only one clean sheet in the league, a weakness is there to exploit – it’s just a question of if Liverpool can restore normal order with limited time to prepare ahead of making a trip to a ground which has returned very few goals in recent meetings.

With plenty to consider against Everton, here are three key areas which require a solution from the men in red for their fifth league outing of the 2020/21 season. 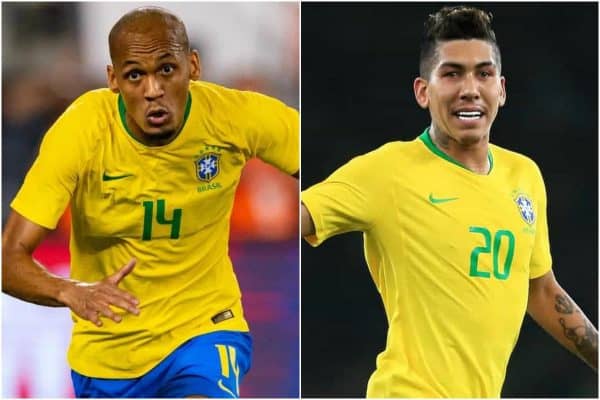 The first comes in the form of Liverpool’s Brazilian duo Roberto Firmino and Fabinho, who both travelled to South America for the international break.

They had been expected to be one of the last to return to Melwood, and subsequent results of their COVID-19 tests were not to be known until hours before the 12.30pm kickoff.

However, the duo took part in training on Thursday which suggests a negative test result has already been returned – which has a positive knock-on effect for how the Reds tackle Everton.

But it should never have been a concern in the first place had not been for a farcical international break during a global pandemic.

Prior to his goal and assist for Brazil, there had been widespread discussion about Firmino’s drop in output and should an omission come after 140 more minutes of action, Takumi Minamino could be drafted into the starting lineup and with a potential switch in formations to a 4-2-3-1. 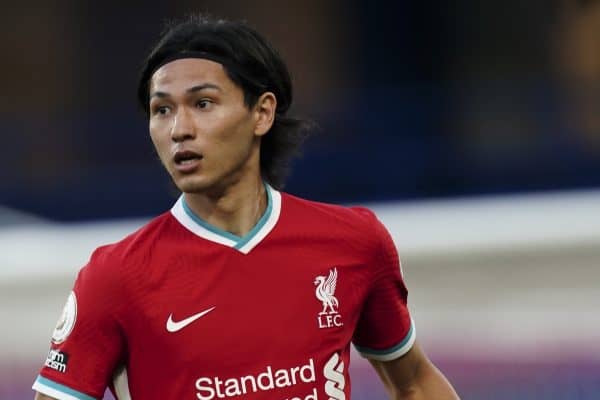 With Naby Keita and Alex Oxlade-Chamberlain absent, Gini Wijnaldum could then slot into the attacking midfield role he regularly reprises for the Netherlands.

The Reds could manage the loss of their No. 9 if needs be with the larger picture in mind.

Fabinho, on the other hand, failed to play a single minute in what would have been music to Klopp’s ears as form and injury have seen him required at centre-back and Jordan Henderson has only just returned to action.

His presence could pave the way for Thiago to start alongside him for the first time should he not be required at the heart of defence following the return of a 6’4” central defender.

The player in question is, of course, Joel Matip.

His absence has required Virgil van Dijk to play every game to date, Fabinho to rotate through and has provided Rhys Williams with the chance to make his debut.

But now, with seven games in 21 days, Matip’s return would provide a timely boost for Liverpool.

With Joe Gomez going through the extreme peak and troughs, his presence affords Klopp the opportunity to balance his ranks with greater efficiency for both form and fatigue.

While unlikely to start at Goodison Park as he continues to work his way towards match fitness, a place in the matchday squad at least ensures a centre-back is an option from the bench after going without a recognised one for the last three league games.

The last six games between Liverpool and Everton at Goodison Park dating back to 2015 has seen just three goals scored combined and four have ended in goalless draws – including the last three meetings.

Danny Ings‘ goal in the last game of Brendan Rodgers’ tutelage and Sadio Mane‘s 90+4 minute winner in Jurgen Klopp‘s first visit are Liverpool’s only efforts to find the net in those matches.

With only one clean sheet for each side in the Premier League so far it would suggest that a stalemate is unlikely to be on the cards this time around.

Mane’s return after a period of self-isolation no doubt boosts Liverpool’s chances, as does the expected output of creative ingenuity from Thiago in the middle of the park – which could also provide space for the full-backs should Everton focus their energy on stopping the No. 6.

In the last 17 games in the league, Liverpool have been held scoreless just twice, against Man City and Everton, and after the events of their last outing they should be intent on unleashing their own vicious response.