Barcelona manager Ronald Koeman has confirmed that Liverpool’s Gini Wijnaldum was “on his list” as he looked to add a “second Dutchman” to his squad in the summer.

Koeman took over at the Nou Camp in August, with Barcelona imploding following their Champions League quarter-final thrashing at the hands of Bayern Munich.

Lionel Messi was pushing, with his trademark dramatics, for the exit, while the club were working on departures for the likes of Luis Suarez, Arturo Vidal and Ivan Rakitic.

With the former Netherlands manager charged with overseeing a summer of big change, Wijnaldum was one of those expected to make the move to Catalonia, as Liverpool pursued a deal for Thiago.

Ultimately, Thiago joined the Reds as a team-mate of Wijnaldum’s, rather than a replacement, but the No. 5 is still likely to leave within the next year as he plays out the final months of his contract.

It could be, then, that he still makes the switch to Barca, with Koeman telling Dutch outlet NOS on Sunday that Wijnaldum was “on his list.”

“Hopefully, we will have a second Dutchman in the squad,” he said, when asked about interest in Memphis Depay. “Georginio Wijnaldum was on my list [too].” 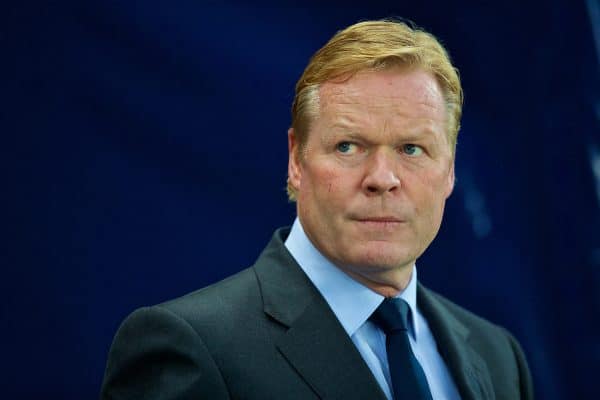 However, Koeman rejected the suggestion he would form a new Dutch revolution at Barca akin to Louis van Gaal’s side in 1999/00, which called upon eight Dutchmen including Patrick Kluivert, Phillip Cocu, Bolo Zenden and the De Boer brothers.

He described that as “extreme,” but it is clear that he is eager to add at least another of his compatriots to his ranks to join Frenkie de Jong, having already signed Dutch-born United States international Sergino Dest.

Wijnaldum is still a key player at Liverpool, but the issue regarding his future stems from his age and a business decision over whether or not to hand him a new long-term contract.

The midfielder is believed to have pushed for a four-year deal, and given it could be his last big payday it would no doubt include a significant wage increase, which as he turns 30 next month is not the most feasible.

If he does not stay, then, Wijnaldum’s best option would likely be a free transfer to Barcelona next summer, although much would depend on if Koeman is still there by then.

Koeman signed a two-year contract with the club upon taking over, but with the Barca board under increasing pressure – not least from their tantrum-prone figurehead, Messi – if things do not go well, swiftly, the panic button may be pushed again.