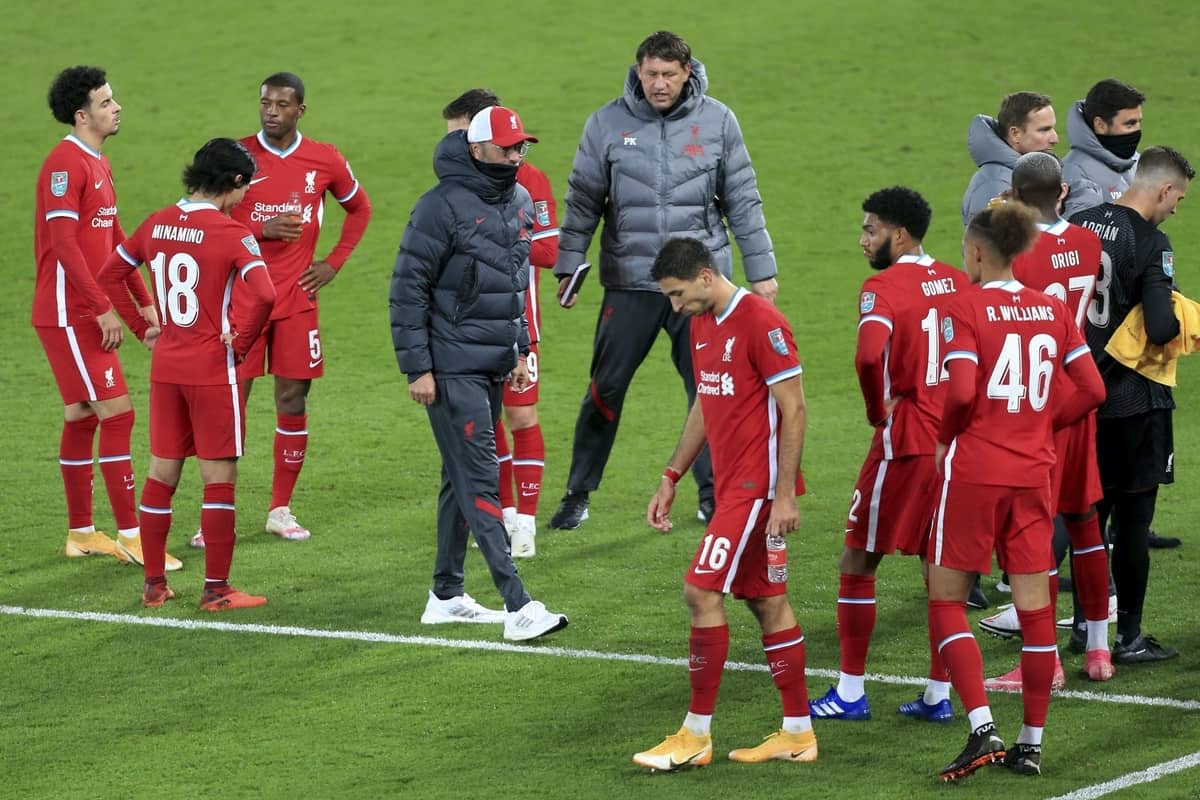 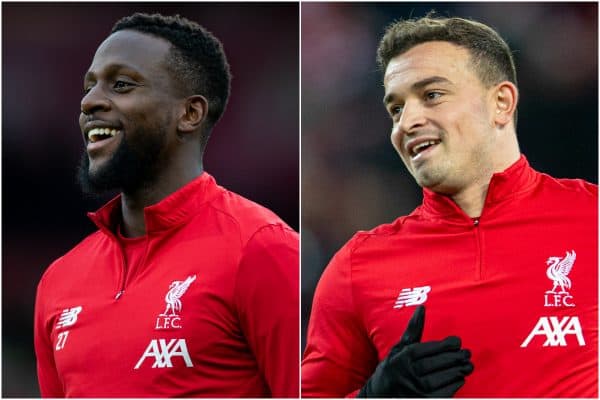 Given Xherdan Shaqiri’s positive performance in the last round, and Pepijn Lijnders having talked up the Swiss in the pre-match press conference, it was a surprise to see him not even in the squad.

Jurgen Klopp admitted post-match that Shaqiri was left out due to the “time of the year” and that “we have to react,” with the player said to be subject of two bids in the final week of the transfer window.

It’s no secret that the Reds are looking to cash in a few fringe players to balance the books and this selection gave us a hint at what we might see over the coming weeks, with Divock Origi finding himself a substitute even in this game.

Harry Wilson‘s inclusion for his first start for the club – almost four years after his first appearance as a sub – corroborated reports that if Shaqiri leaves then he could remain, with Liverpool said to have turned down a bid of £12 million from Burnley for the Welshman.

Wilson occupied the midfield role Shaqiri played last week, but in all honesty did very little to impress in an unfamiliar role for him. The final missed penalty will not be good for his confidence either.

A logical blend of experience and youth

With a long and arduous season ahead and with squad rotation likely a key to success, Klopp showed his respect to the opposition, plus his confidence in youth by blending experience with high potential.

At the back, the two rookie Williams’ lined up alongside the vast experience of James Milner and the virtually ever-present Virgil Van Dijk – a huge positive for these young lads to be mentored and coached by such role models.

After a shaky start by Neco, he grew into the game and enjoyed his best moments in the second half.

Meanwhile, Rhys Williams looked very comfortable throughout and improved upon his showing vs. Lincoln last week. Another big stepping-stone for these lads, and a deserved clean sheet.

Gone now are the days where a ‘second team’ means a big drop off in quality. Klopp is now able to build his team with a combination of experience and promise.

In midfield, where the Reds now have an embarrassment of experienced, top-quality riches, the manger was able – and confident enough – to play three young lads with something to prove in Marko Grujic, Wilson and to a lesser extent, Curtis Jones.

All three played their part and were quietly efficient and effective throughout in keeping the ball moving, industry and protecting the back five – and isn’t that exactly the Klopp blueprint for an effective midfield.

A special mention for Grujic who grew more and more influential in the final third as the game progressed and has certainly boosted his stock in these two appearances in this competition.

Up front it was Mo Salah given the ‘senior’ role with Diogo Jota and Taki Minamino alongside him. Given this was their first game together (and Jota’s first start) there were some fluency problems early on, but enough encouragement from Jota, in particular, and Minamino to see just how effective they will be in support of the regular front three.

Minamino continued with his new-found aggression early on, snapping into tackles, but faded quite significantly as an influencer as the game progressed.

It was Jota who shone, showing some lovely guile and creativity in the final third, was close more than once in breaking the deadlock, and looked like he’d played in a Klopp team for years rather than days.

With Minamino and Jota both starting the game, Firmino and Mane rested, and Salah occupying the third forward position in a League Cup game, it also seems clear now where Origi finds himself in the pecking order.

It was perhaps a disappointing night for Harvey Elliott as he remained an unused sub, and strange to see him not used but Salah playing an hour.

James Milner was as clinical as ever. It’s quite ridiculous how good he is from the spot. I have to admit my heart missed a beat in the fraction of a second from when it left Wijnaldum’s boot until it hit the roof of the net.

Minamino’s was unstoppable. Adrian once again showed how he excels at spot-kicks with yet another vital save and was oh so close to keeping more than one out.

Origi’s body language was all wrong, as was his penalty technique. A sad final act in the Liverpool shirt perhaps.

Curtis Jones never looked like he was going to miss even with the pressure mounting. The lad is nothing but confident.

Wilson, maybe succumbing to the pressure of the moment, made it far too easy for Leno and Liverpool bowed out as the final spot-kick squirmed under Adrian.

A blessing or a disappointment – you be the judge, but it was a positive performance all around and an undeserved exit from the League Cup.