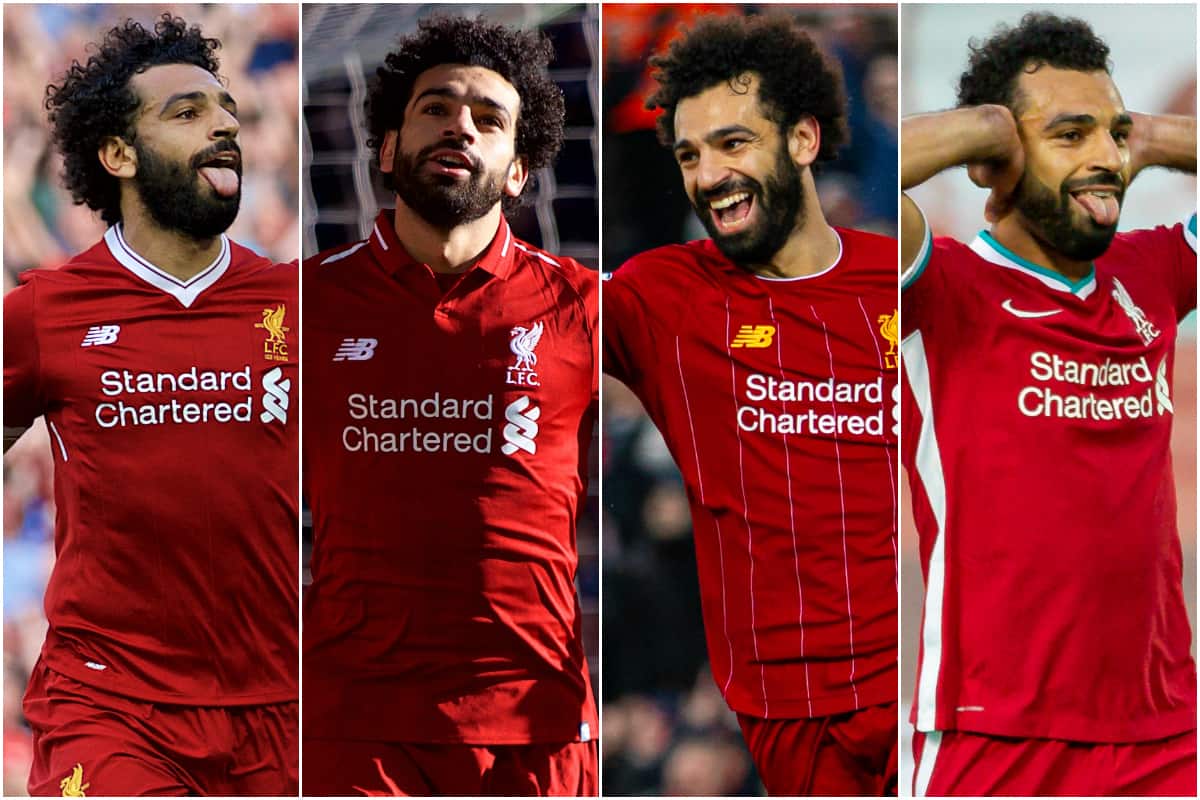 There was plenty of fallout from the recent Everton vs Liverpool clash at the weekend, much of it negative due to the hosts’ rough approach – meaning an incredible milestone for Mohamed Salah has been somewhat overlooked.

Injuries, VAR incompetence and irritation at a late ‘winner’ being chalked off all took some of the gloss off what was an overall good performance from the Reds.

Top of the pile in among those positives was Salah’s brilliant, instinctive striker to give us a 2-1 lead during the match—and to bring up his century of goals in a red shirt.

The Egyptian King has been a non-stop source of celebrations for those of a red persuasion, netting his 100 in just 159 games for the club.

Add in his huge volume of assists too, plus the trophy haul he has already contributed to which include a league title and the Champions League, and our No. 11 is definitely well on his way to being seen as a genuine club legend.

Now it’s time to appreciate his status in the side and his prowess in front of goal, with LFCTV’s video of every single one of his strikes.

Salah has hit 79 goals in the league, 20 in Europe and a further one in the FA Cup, with 11 per cent of his goals so far being penalties. A total of 63 have come at Anfield.

There are lots more goals left in his boots and plenty more time on his contract, and come the end of the season we could potentially see Salah in the top 10 scorers of all time for Liverpool FC—he needs 31 more to do so, which would mean a 37-goal season. That’s not out of reach for our Mo!

Even if he doesn’t hit that tally quite so soon, he’ll be overtaking club icons such as Kevin Keegan (also 100 goals), John Barnes (108) and Ian St John (118) before we know it.

Sit back, enjoy Salah’s brilliant goals against the likes of Spurs, Watford, Roma, Man United and Everton…and get ready for plenty more in future!