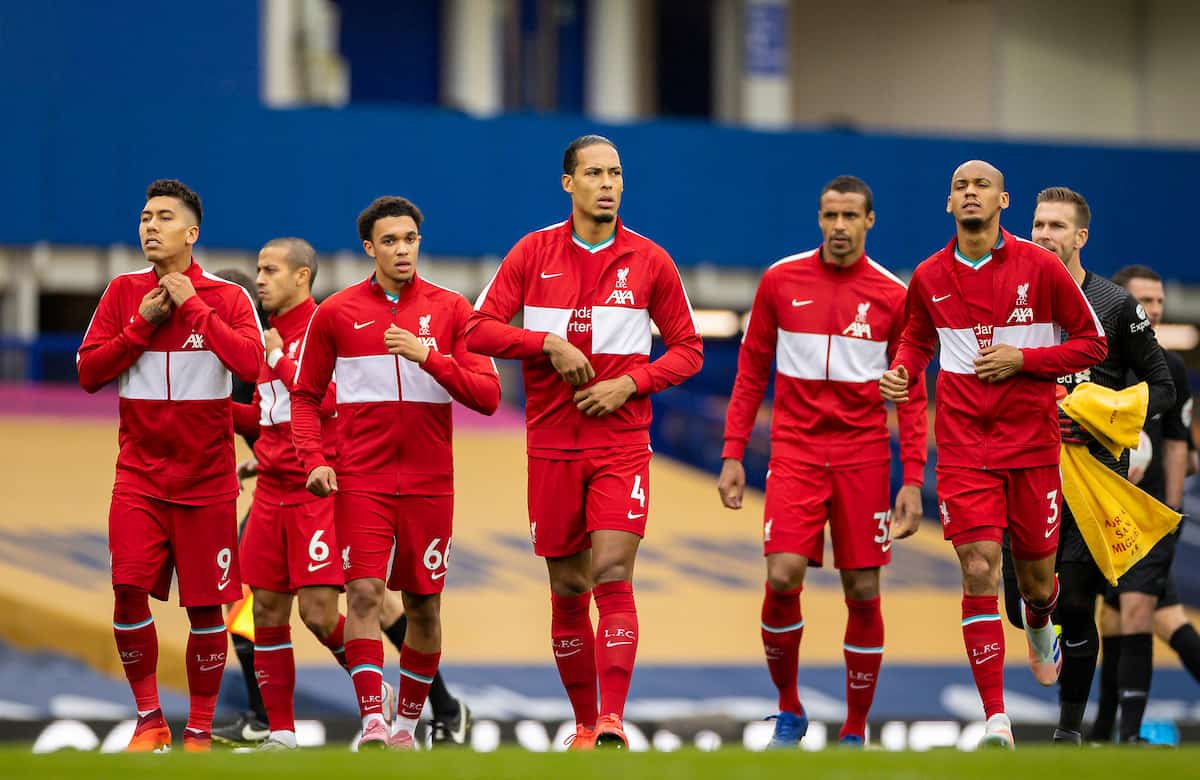 The Liverpool squad know they have lost one of the most important members for the rest of 2020/21, more than likely, and have rallied around the defender in his time of need.

Virgil van Dijk faces surgery and a long road back to fitness after a grade three ACL tear, arguably the most serious injury a player can suffer other than head trauma.

The big defender is likely to miss the remainder of this season and his absence will not just leave a huge hole at the back on matchday, but also a significant presence in the dressing room and on the training pitch as he undergoes the start of his rehabilitation.

But this Liverpool squad has been grown on togetherness, fighting for the collective and forging genuine, long-term bonds with each other – so it should be no surprise to see his team-mates issuing messages of support in light of the news of the severity of his injury.

Virgil posted his message of intent to return as fast as he could, no doubt with his own mind optimistically set on the end-of-season fight for honours and the delayed Euro 2020 championships.

And the Reds squad replied in kind, with messages of support and togetherness for a player who has often held the team together with his leadership and authority.

Captain Jordan Henderson led the positivity charge, with fellow defender Andy Robertson promising the group would be with our No. 4 “every step of the way”.

The comeback is always stronger than the setback…

Recover well my brother, We’ll be waiting for you ???? #YNWA pic.twitter.com/SfMMoUcCCB

Hopefully see this smile back on your face soon my friend! We are with you every step of the way brother ??@VirgilvDijk pic.twitter.com/MLn7DtImhn

Very sadly Big bro got injured on the knee and need to undergo surgery ? We are going to miss you enormously. Wishing you a soon recovery and come back even stronger bro?? #ynwa @VirgilvDijk pic.twitter.com/Zcpp3UduxZ

Elsewhere, team-mates wished Van Dijk “courage” and a fast return to action, with several of the Liverpool squad having been through long-term injuries themselves and having no doubt spoken to the Dutch defender on a more personal level about their own situation and journeys back to fitness.

I wish you a speedy recovery big man pic.twitter.com/8kbK9rjy8O

“Have I not commanded you? Be strong and courageous. Do not be afraid; do not be discouraged, for the Lord your God will be with you wherever you go.”” ??Joshua? ?1:9? ?NIV?? We’ll be waiting for you Big @virgilvandijk ????? #YnwA??

There were also plenty of messages of support from the wider Liverpool and footballing family, with Van Dijk’s national team boss Frank de Boer saying he hopes Virgil recovers “stronger than ever”.

I love banter/rivalry at the best of times that’s what football is all about but moments like these we have to set all aside & never wish badness on anyone, I’ve been through this myself so I know how he must be feeling right now…Wishing you a speedy recovery @VirgilvDijk ????

Plenty more silverware to come in the future ???@VirgilvDijk? You’ll be badly missed, but we know you’ll come back stronger than ever, big fella…#YNWA pic.twitter.com/jiFW7SwVaQ

The focus now turns to ensuring Van Dijk’s surgery goes well and his rehab can start on track, while for the Reds it’s about filling the void.

Jurgen Klopp will be hoping Joel Matip and Joe Gomez step up in a big way, while others such as Nat Phillips, Fabinho and Billy Koumetio could yet be asked to step in more regularly than expected.