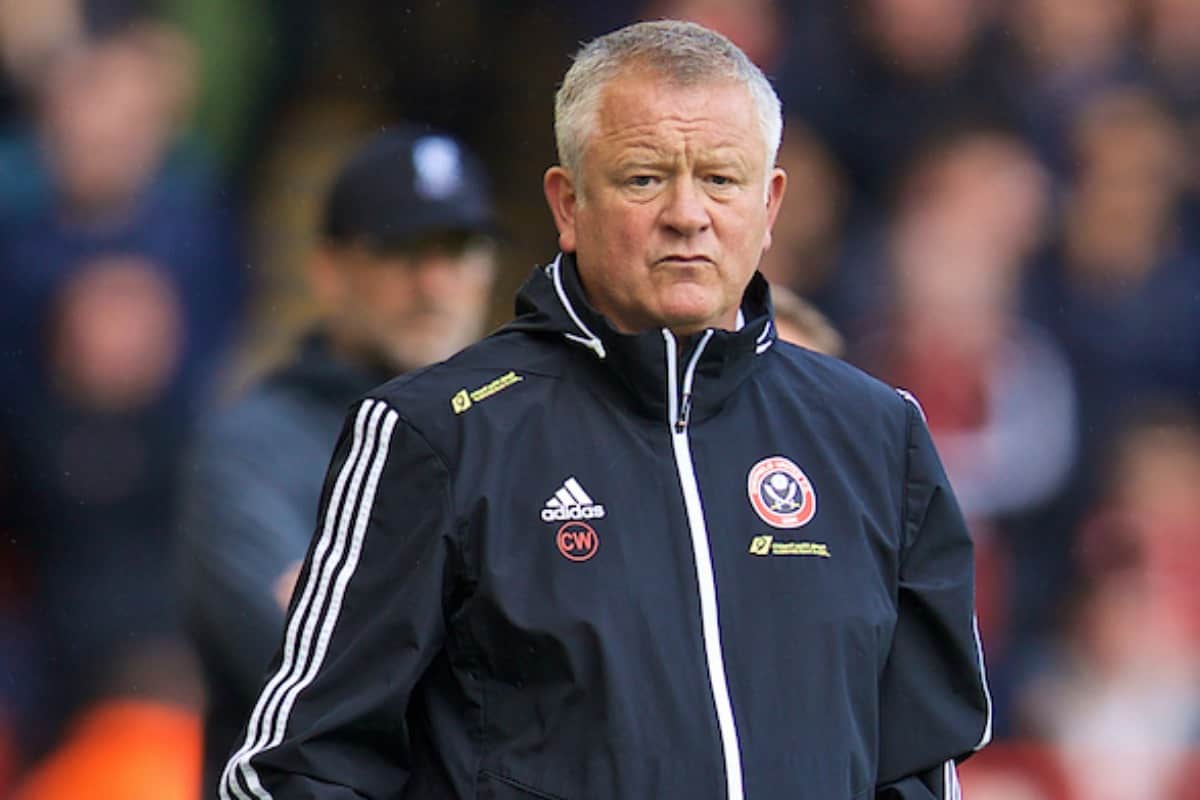 Sheffield United boss Chris Wilder has taken another swing at Jurgen Klopp as he insinuated the Reds boss is a “world-class politician” who cares only for his club in the aftermath of fans returning to selected stadiums.

It is the second time in a week that Wilder has had Klopp in his sights after labelling the German “selfish” over his genuine concern over player welfare surrounding TV scheduling and the five sub rule.

And now the Blades boss is strangely back on his case following the government’s decision to sanction up to 4,000 fans in stadiums, restrictions permitting.

Liverpool are to welcome back 2,000 fans after the city was placed in tier-two, while Sheffield remains one of ten Premier League clubs prohibited as they reside in tier-three.

Klopp praised the “little steps in the right direction” and insisted it’s “not about an advantage” for those allowed fans as it instead showcasing a path forward.

And yet, Wilder has taken insult to the Liverpool manager not calling for fans to be allowed back into all Premier League stadiums as he instead looked only to his own four walls in an eyebrow-raising rant.

“He was never going to say what about Sheffield United getting their fans back in or Newcastle or Man City or Man United or anybody else. He’s a world-class politician.

“I know his background on support and how much Anfield has been a fortress. The Liverpool support is magnificent, I know it is because my old man is from that part of the world.

“I know he’s been vocal on that and Jurgen isn’t going to say it’s not right that they can have fans in as they’re in tier-two and Sheffield United, Leeds, Manchester and all the rest of the north are not allowed in.

“It was funny looking at that map, wasn’t it? Shock! I think us in the north were fully expecting us to be in the old tier three as they kindly put us in.”

It’s a weird hill to die on as Klopp had no control over how the government assigned the tiers and the city of Liverpool, who saw rates drop below the national average, is not one to receive favours from the Tory party.

Klopp may be good, but, unfortunately, he’s not that good.