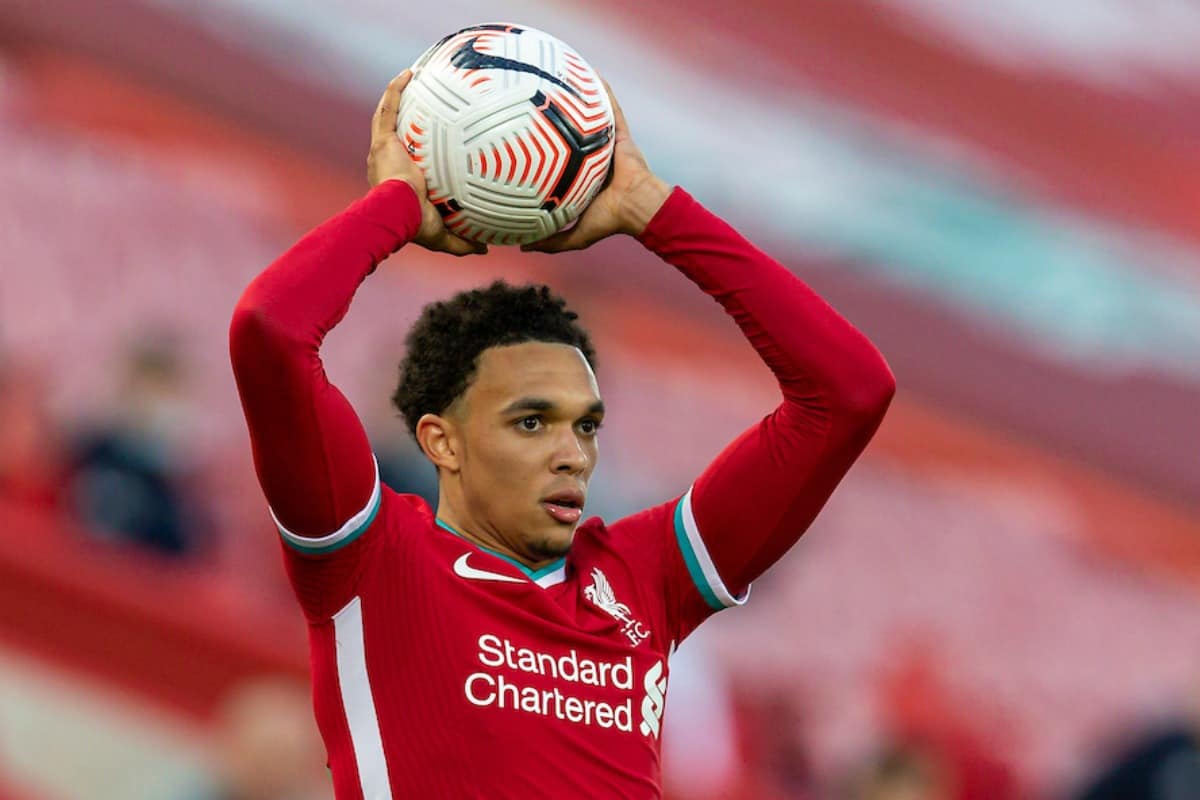 Jurgen Klopp has yet to be given the “green light” for Trent Alexander-Arnold to return to the fold after a calf injury, but it “will not be that long” until the right-back’s return.

The 22-year-old was one of many Reds to add their name to the injury list prior to the November international break with a calf injury during the clash at Man City.

The initial prognosis was to see him out of action for up to a month, with six weeks touted as the worst-case scenario, where Wolves‘ visit on Sunday lines up with a four-week absence.

He will miss the Champions League clash against Ajax on Tuesday evening, but Klopp provided a positive update on the right-back who is now continuing his rehab on the outside pitches and is looking “quite good.”

The boss has yet to be given the “green light” for his return to team training but it is not set to be “that long” for his return, which could come against either Wolves or Midtjylland over the next week.

“They are all getting closer to be back, not close enough for tomorrow I think,” Klopp updated reporters on the fitness of Xherdan Shaqiri, Naby Keita and Trent. “With Naby we have to check still but the other two [Trent and Shaq] will not be ready.

“Trent looks quite good. Nobody gave me the green light for tonight so he will not be in, he’s not training with the team.

“I saw him today on the pitch doing his rehab stuff outside so that looks good. It’s not my decision. I cannot decide when this rehab stuff will finish, I take the players the moment when I have the green light – that didn’t happen yet.

“But from what I saw with my rather experienced eye today it will not be that long with Trent.”

Trent’s return would provide another timely boost following on from one of the understudies in James Milner sustaining a hamstring injury to leave Neco Williams as the only recognised choice.

Fabinho and Jordan Henderson are ones who could be shifted into the position but with Klopp hit elsewhere in defence and in midfield, the options are limited.

It was not such good news on the Thiago front, with the manager conceding the Spaniard is still, at the very least, a “few weeks” away as he continues to recover from the reckless challenge to his knee in the Merseyside derby.